You are here: Home / Parenting / Beaming

It’s funny, you know, with adolescents. There’s that constant push and pull in the parent-child dynamic, and just when you think you’ve got it all figured out, your teenager reminds you that, in fact, you don’t know ANYTHING.

And sometimes, that’s a good thing. After all: as we get older and more experienced, we do tend to be more confident, and to rest on our parenting laurels more. I sometimes think it’s the job of teenagers to shake it up a bit and keep us on our toes. You know, to use frequent eye-rolling and heavy sighs to urge us towards a higher standard of parenting.

Just last week I decided it was time for me to back off my thirteen year-old daughter somewhat. It seemed to me like maybe she needed just a little bit more rope to make her own decisions about her schoolwork. I had just finished reading her creative writing assignment and I offered some feedback: both positive and constructive. But instead of hanging on my every word and rushing to edit her work, she just sighed, grabbed the paper and turned back to the computer to work on her latest speed-painting.

Taken aback, I wondered if I would have done the same to my own mother. And that’s when it hit me…my own mother would have never been all up in my business like that about my homework. Not in grade eight she wouldn’t. And I made up my mind then and there to ease off on that score. A simple “do you have homework tonight?” and then “did you do your homework?” should suffice. Teens need to be held accountable for their own decisions and their own schoolwork. If the work they submit is up to standard, they’ll be rewarded with good marks. If not, well…some lessons need to be learned the hard way. I remember learning a few that way myself.

So, having taken a step back, I was most surprised this evening when this very same kid asked me why I never blog about her anymore. I paused for a beat: had I really stopped blogging about my kids? Um, yeah. Pretty much. But why, I wonder? I’m no less proud of them now than I was when their ages could be tallied up on the fingers of both hands, but I have definitely put the brakes on posting so much about them and their lives.

And I think the answer lies as much in them as in me. As our children grow and mature, they slowly go out into the world and develop their own identities. By the time a child reaches their thirteenth birthday there are whole aspects of their lives and their personalities that we know less and less about. And that’s not bad or scary (although it might feel that way at first); in fact it’s a normal and necessary part of growing up.

My own mother would have never been all up in my business like that about my homework.

And so I told my daughter that the reason I haven’t written a ‘braggy’ post about her lately isn’t that I’m not proud of her, rather it’s that I want to respect her right to cultivate her own self-identity. And while so many things about being thirteen are EXACTLY the same for her as they were for me, there’s a whole new element to teen-hood now; my daughter has profiles on Facebook and Instagram and even Twitter. Unlike me and my sisters, who fought each other over whose turn it was to use the phone, my daughter just texts her friends to make plans or share gossip. And that’s really why I’ve backed down on mentioning her in my own online circles: I want to give her the chance to decide for herself how she’s seen in the social media landscape.

And like I said, just when you think you need to let out a little bit more rope, the kids have a way of giving it a tug and reeling you back in a little bit closer. And that’s what Charlotte did today. She asked me to write a post about her, and so here I am. Happy to oblige!

I could write lists enumerating her awesomeness forever, but I think it all just boils down to this: no matter how much she grows up and away, I will always be proud of her. So proud I’m beaming, in fact.

And in the 21st century version of making you look at wallet photos of my kid, check these out: 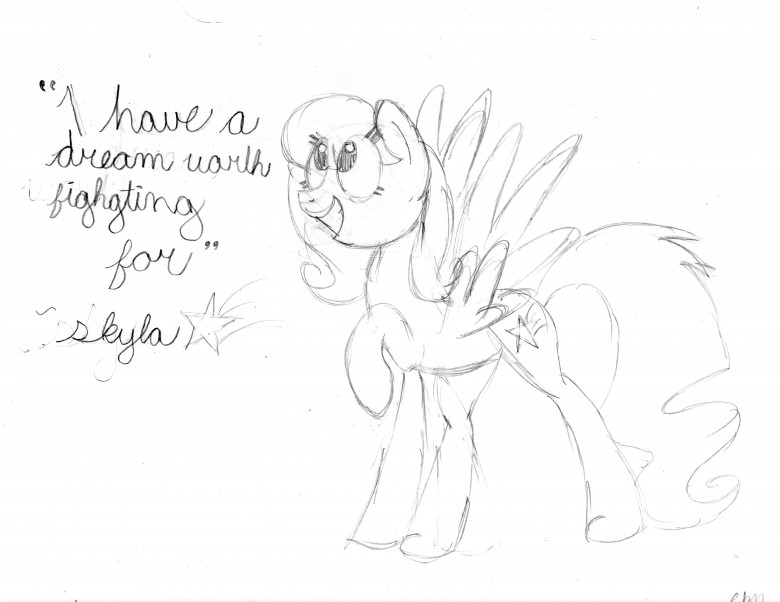 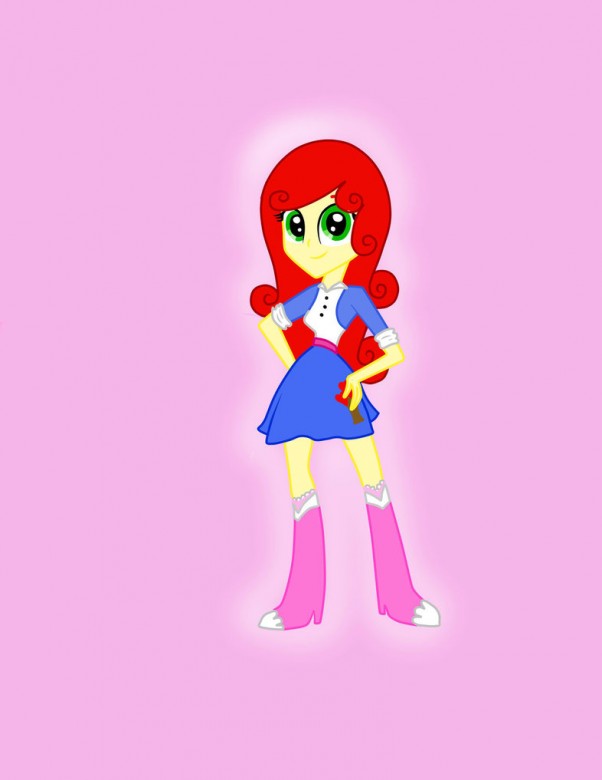 I can barely manage to insert an “é” into a Word document, yet my kid can whip this drawing off on the computer. Remember when your parents couldn’t set the time on the VCR? I see a blinking 12:00 in my nightmares, now.

This is a “speed-painting” she did. Essentially you record hours of painstaking computer drawing, then speed up the video and set it to music. Pretty amazing.