You are here: Home / Life / News Stories / Faith In Humanity—Restored

How often do you browse through social media accounts, only to toss your phone aside in disgust, your faith in humanity hitting rock bottom? I know it happens to me several times daily: news of atrocities committed in the name of one religion or another, parents being tried for neglect because they let their children walk home from the park alone, climate-change deniers, antivaxxers vs. vaxxers… these are just a few examples of the kind of internet dross that makes me want to take a few select friends and go live on an island somewhere far, far away from the rest of humanity.

But every now and then a story makes its way into my feed that restores all my faith in humanity in one big, warm, fuzzy swoosh. The story of Lia Valente and Tessa Hill is one of those stories.

Lia and Tessa are grade eight students from Toronto who saw a gap in their education—namely teaching consent in the sex-ed curriculum—and used a change.org petition called We Give Consent to advocate for change. 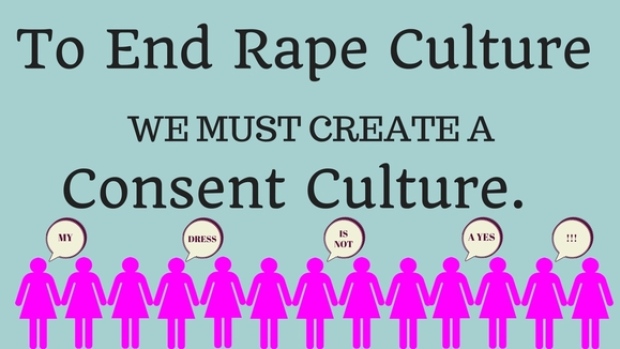 And they did it.

In Canada, 1 in 4 women in will experience sexual assault.

These amazing young women poignantly explain the reason for their campaign: “We live in a culture in which rape and sexual violence is expected and accepted as a norm.  In Canada 1 in 4 women in will experience at least one incident of sexual assault in their life.”

Sobering facts, to be sure. Imagine a classroom full of grade eight students; there will be around 30 of them, and about half will be girls. Let’s say, for argument’s sake, that there are 16 girls in this classroom. 16 beautiful young women on the cusp of adulthood, their whole lives brilliantly ahead of them. And 4 of them—one quarter of them—will experience sexual assault.

That’s shocking. And wrong. But what’s worse is that half of these assaults will be against women under 16 years of age.

As Lia and Tessa put it, “that is one too many.” Right on, sisters!

“We need curriculum that speaks to our lives and helps to make us safer.”

These amazing young women advocated for an updated sex-ed curriculum in Ontario schools that addresses the needs of students coming of age in the twenty-first century. In their own words, “We need curriculum that speaks to our lives and helps to make us safer.”

Last month, Ontario Premier Kathleen Wynne announced that consent education will be included in the revised Ontario curriculum – and she gave props to these amazing young women for their campaign. Now if only we could mobilize the education ministries in the other provinces and territories to do the same. Young women of Canada: I’m talking to you!

So, the next time you’re feeling down about the state of humanity, remember Tessa and Lia and take heart: there is hope for us yet!