You are here: Home / Life / Food / No Reservation: Should Kids Be Allowed In Fancy Restaurants?

The debate of whether or not children should be permitted to dine in restaurants is hardly a new topic of discussion. So, when the owner of an Italian restaurant called Caruso’s in Mooresville, North Carolina made the decision to ban children under five from the establishment, it was no surprise that it created a great deal of controversy. But what caused even more of a stir was the news that this ban had actually created a surge in reservations.

Owner Pasquale Caruso came to this decision in response to an episode that occurred at Caruso’s this January. A young girl had her iPad out at the table and was blasting the content at full volume which was disturbing other patrons. The girl’s parents refused to address the issue, despite being asked repeatedly to turn the volume down, which led to the family being asked to leave the restaurant.

This was the catalyst for a blanket ban on children under the age of five. Many were outraged by this decision, and yet the number of reservations grew. Caruso defended his decision by explaining to the Mooresville Tribune that “I have two children myself, so as a father, that’s not why I put the ban in place”. However, at the end of the day, he felt that it was the right business move as he says he was “starting to lose money and customers, because I had very young children coming in, throwing food, running around and screaming”.

And improve business, it did. Caruso has seen the number of diners spike from 50 to 80 per day since the ban was put in place.

The decision to ban children from restaurants is not a new phenomenon. An article written by Eater on the topic stated that “Between 2013 and 2015, the food news world was rocked with stories of tiny tots being banned from bars and restaurants throughout the world” in countries like Australia, Korea, Italy, and numerous places in the states including California, Houston, and Chicago.

And just last month, blogger Clint Edwards confessed to having received filthy looks from fellow diners before he removed his tantruming daughter from the scene of the crime. After a public meltdown in a restaurant that escalated into throwing chicken fingers, Edwards was left with no choice but to drag his two-year-old daughter out of Red Robin and wait in the minivan until the rest of their family finished eating. However, he took the opinion that while he may not be able to control her now, the only way to teach her how to behave at a restaurant is to take her to one. “You are looking at what it takes to turn a child into a person,” wrote the blogger. 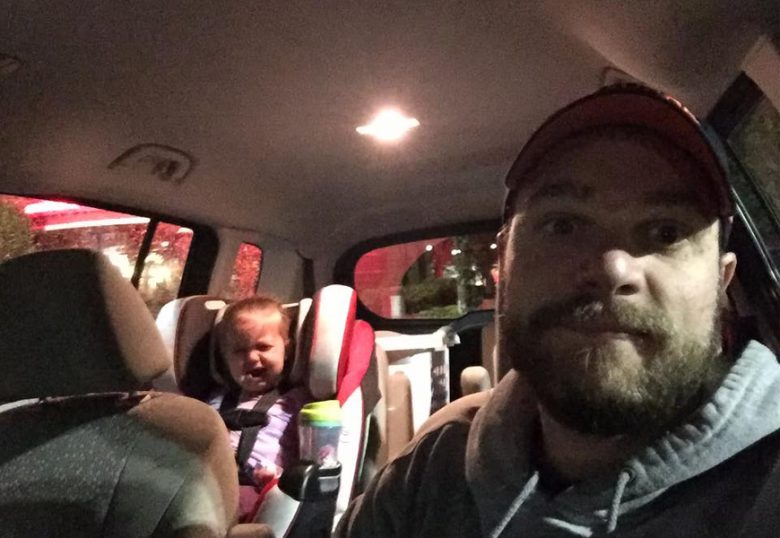 At the end of the day, inappropriate behaviour in a restaurant shouldn’t be tolerated whether it comes from a child or an adult. When going to a restaurant, especially a more upscale restaurant like that of Caruso’s, there are proper rules of etiquette that are expected to be followed. And while it may seem like a break for parents visiting an eating establishment, it shouldn’t be viewed as a break from parenting altogether.

When disruptive behaviour interrupts what is supposed to be a quiet and calming atmosphere, it can be very upsetting and distracting for other patrons. As Caruso goes on to explain to the Tribune, “I try to please everyone, and create a nice atmosphere, keeping the restaurant elegant”. Rebecca Eckler, a mother-of-two, admits that she needs a break from the screaming of kids when she goes for dinner. “Even I, on date night with my fiancé at a restaurant, refuse to sit at a table anywhere near a baby.”

So, remember to keep in mind that. If you’re planning to take your kids out to dinner, make sure to refrain from condoning negative behaviour, no matter how tired you are. People should be able to enjoy a peaceful and calming meal out, including parents!