You are here: Home / Reviews / Run To Play At Palladium With Raggs!

Haven’t you had enough of winter? This endless cold is getting to everyone. If you’re looking for a destination for you and your family this year, let me share with you my experience in December at the Palladium Resort in the Mayan Rivera region of Mexico. The Palladium group has introduced a new kids and family program called Play at Palladium with Raggs. It’s amazing.

Raggs and his four colourful, dog buddies make up the Raggs Band and serve as ambassadors at the resort. There are three ‘formal’ events during the week but Raggs and his pals pop up all over the resort, for pictures, read-alongs, songs or just to offer up some high-fives. Admittedly, I had never heard of Raggs before I went (Raggs doesn’t currently air on a Canadian network) but it didn’t matter. The characters themselves are fun and inviting and the music is beyond catchy. I dare you to listen to What The Dealio and not be singing it later today! We were at the resort for three days and were able to experience the whole Raggs program. For the typical family however, these activities would be scheduled as outlined below.

The Raggs team has scheduled events well to ramp up the Raggs love throughout the week. The first big event is Pido’s Surf Party, held at the disco on the resort. Pido is the band’s drummer and resident surfer dude. Will was in love with him in seconds when he watched the videos. The kids at the party are provided with leis, grass skirts and all the fixings for an awesome dance party. At first I was concerned with how the late the Surf Party started, but then I remembered the luxurious late afternoon, post beach naps that kids generally take on these vacations. There were three-year-olds dancing with not a tantrum in sight! Not only do all the Raggs characters get involved at the show, their human counterparts at Palladium are right into it as well. They radiate energy and were a true highlight throughout the trip for me.

A day or so after the kids have recovered from their dance party, the resort hosts a Raggs Breakfast. In a word? Impressive. The chefs at the resort took such great care and pride in thinking of everything! Raggs smoothies; veggies in the shapes of dogs; cupcakes; dog pancakes and fruit in the shape of buses. We were a table of 8 adults and we were grinning and ‘oh WOW’ing like we were five-year-olds. Raggs and his friend Trillby made an appearance and each family has the opportunity for pictures with the characters. It was obvious to me what a blast these kids were having and I kept wishing my son had been there!

To wrap the week up, Raggs and his friends star in the Raggs Pirate Show.  By this point, the kids know all the songs and are singing along with their favourites. The show runs just under an hour, the perfect length to not lose the attention of their core audience. For a resort show, it was really well done.  Bright costumes, great sets, giant balls, awesome dance routines… it really was a great deal of fun.

I felt the whole program was really well done. It wasn’t kitchy. It woudn’t take over your vacation, it would simply be a great distraction for the kids. The Palladium team genuinely seemed enthused to be involved, it was infectious. The other plus is these events are all included in your packages. The only additional cost would be for merchandise should you choose to buy it.

So if you’re looking to escape this never ending winter, head down to Play at Palladium With Raggs!  (I’m going back with my kid soon!). 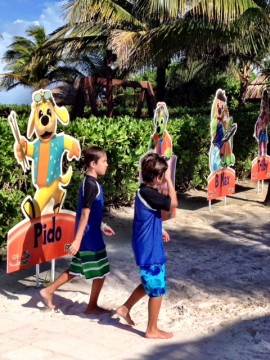 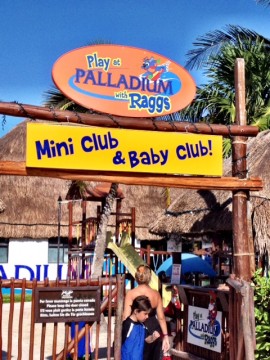 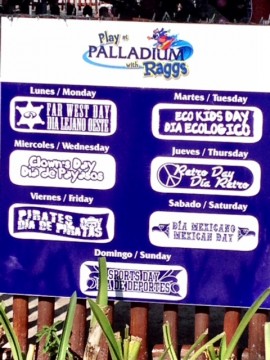 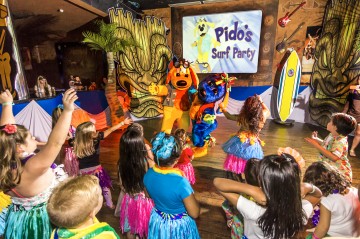 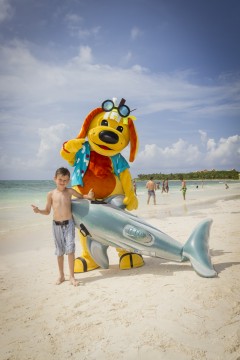 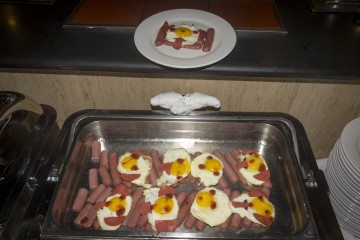 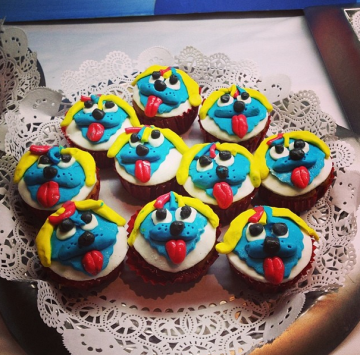 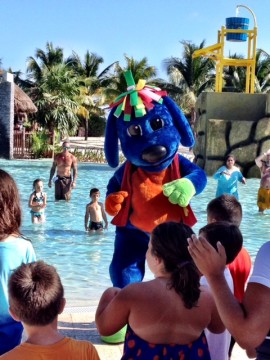 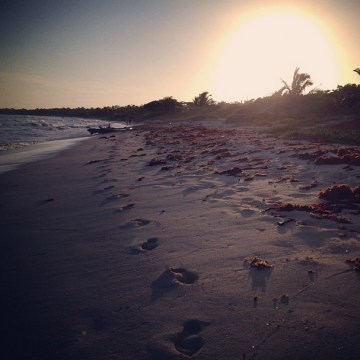 Disclosure: The Grand Palladium Resort in the Riviera Maya hosted my trip for the purpose of reviewing the new “Play at Palladium with Raggs” program. No compensation was received and all opinions expressed here are my own.