You are here: Home / Archives for Michael Caine 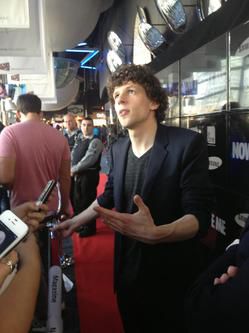 It was a hot and muggy night in Toronto last night, as fans and media gathered at Scotiabank Theatre for the Canadian premiere of the new film Now You See Me. The film stars Jesse Eisenberg, Woody Harrelson, Isla Fisher and Dave Franco as a troupe of illusionists who are being chased by the FBI … END_OF_DOCUMENT_TOKEN_TO_BE_REPLACED