You are here: Home / Reviews / Products / Should You Upgrade To The iPhone 6S?

It happens every time Apple releases a new phone. My eyes dilate, my heart starts to beat faster and before I can even catch my breath, I am asking myself, “Should I upgrade?”

We often hold off as long as we can. We want the next bigger, better version. But let’s face it, the latest and greatest is always just around the corner. Technology continues to move ten steps ahead of us—wouldn’t you love to get in the heads of the developers?

So, when is the right time to move from your current phone? What I’ve found with family and friends is discussing your needs is super important. Are you an heavy user? I admit to being addicted to my iPhone and it’s been a personal choice for several years now. Hubby and older son have recently moved away from androids and onto iPhones as well. For our family, it’s the added advantage of having an integrated system and what is compatible with what we currently have.

I recently switched over to the latest iPhone 6S plus. The “plus” is a personal preference as I love the larger screen. Besides that there are some significant changes that are worth considering especially if you have an older phone (in some cases that could mean 6 months or 12 months old!).

Apple is touting the newest device saying “everything has changed” so I wanted to find out what and if it would rock my world. Here’s what I’ve discovered.

First off, password entry is now 6 digits (previously 4) to get in, so there’s added security. However, Touch ID is still there and provides faster access to your device. 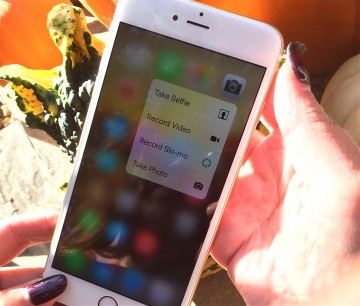 You may have heard some buzz about the 3D Touch Peek and Pop feature on the new device. What this does is allow the user to take a quick “peek” at emails, or a short cut to apps, to get to what you want fast. By pressing the touch screen just a little firmer (and you’ll feel a subtle vibration) a mini highlighted window shows up and from there you “pop” into  expand your next action.  It’s been handy on the go to quickly keep on top of important emails or to find where I’m going when someone emails me an address without having to fully open everything. On Instagram  the “peek and pop” feature launches directly with quick options to add a new post, view activity, search or direct message someone. Also, with this feature you can go directly into camera mode and take photos, selfies, record videos and take slow-motion videos even faster to capture those moments that happen so quickly with kids, right? Of course, you still have the regular way to access your apps as well.Speaking of taking photos, the iPhone 6S Plus is remarkably clear. If you like to know specs, the iSight camera captures 12-megapixels photos…a boost from the previous 6-megapixels. Which is pretty darn amazing! With 4K video and HD quality I know I’m getting a clearer and richer image every time. There were some grumbles in the past about the graininess of photos taken in low-light situations but pics here are impressive. This particular device also has optical image stabilization to help smooth out shaky video taking. Another improvement is something called a True Tone flash. When you go into selfie mode or FaceTime it adjusts for better lighting using the Retina Flash technology. I took the smart phone with me to several events including Fashion Week and the images were crisper than ever before. Amen! So, this is my phone…and my camera for events I cover. 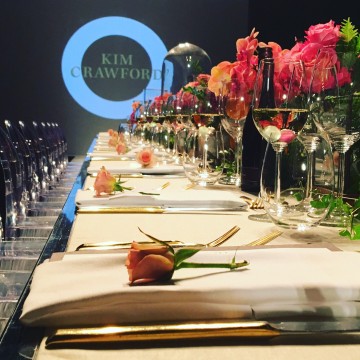 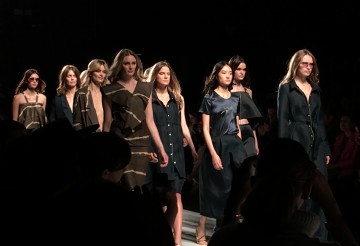 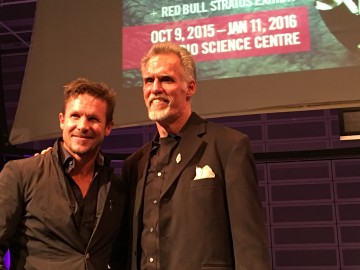 Felix Baumgartner (the man who jumped from the edge of space to earth) and Art Thompson at the new Red Bull Stratos Exhibition. Ontario Science Centre, October 13, 2016.

More evidence was made here by my son one day as he was playing around with my iPhone to take close up photos outdoors. Pretty cool. 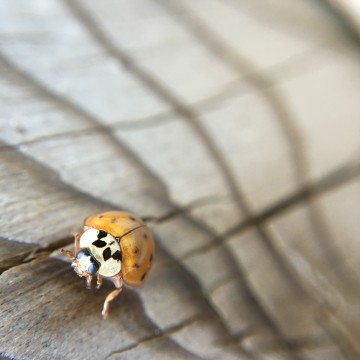 Since many of us use the device for photo taking and sharing there’s a fun new feature called “live photos.” Parents and grandparents will love this in particular. How often do we try and get our kids to smile or do something for a photo? You know, like a visit to see Santa and just as you’re ready to take a photo, your kid turns his head away. With live photos, the camera captures moments before and after the actual photo is snapped and saved. Because, sometimes the best moments happen just before or after. As for sharing the live photos—it can be done with any device running iOS 9 or higher. Developers are currently building to support this feature and I think it’s going to be a popular one. I haven’t sorted out how to share it here in the post but this image is one that captures a moment in a series of movements. It was great to capture this not only for grandparents but also to show my son his form. I also used the slo-mo video feature to capture his movements. 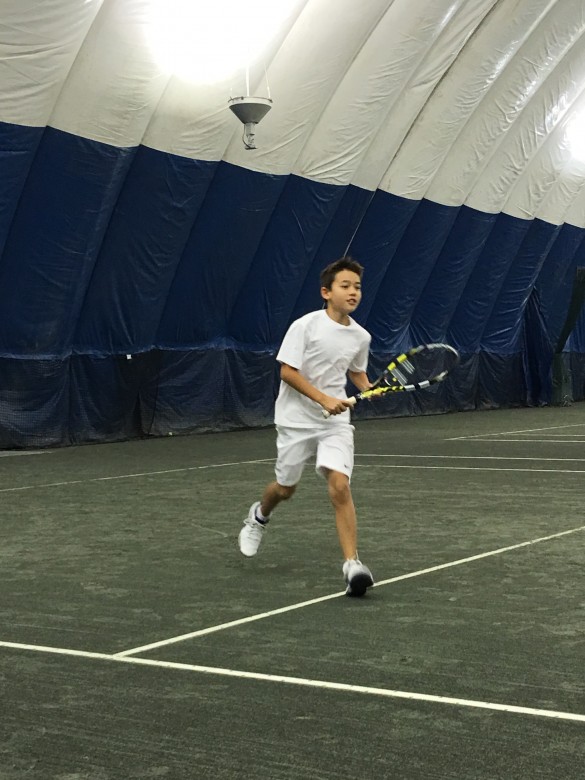 I was relieved to know was the “S” version is stronger. It’s the strongest ever made with what they call 7000 series aluminum casing as well as being made with sapphire glass—the strongest out there. While no one is suggesting that it’s okay to let it slip out of your hands, it’s good to know that it’s more durable. I’d still put a case on it because I am all butterfingers. I’ve also heard that this device may be more resistant to water damage if it accidentally gets wet. However, when I inquired about that there was no official word. I’m not going to chance it.

This post is not sponsored. I was provided with a review unit for the sole purpose of learning more about the product.