You are here: Home / Parenting / Tweens & Teens / How The Ariana Grande Concert Attack Has Made Me Less Afraid

I’m not really a helicopter parent, but I won’t deny being something akin to, say, a bumblebee parent—buzzing haphazardly about when my kids are spreading their own wings. I want to let go, I really do. Most of all, I want them to feel strong and independent, street smart and confident. I try not to stifle because I know what it’s like to grow up with a parent who is hyper-protective.

As a teen, I went to a high school in a different city, and I remember my mom being terrified of me riding the TTC in Toronto—something my father had done since the ripe old age of seven. At 13, she didn’t want to let me go alone, I always had tight curfews, and more than once, I caught her following me around in her car when I was out with friends. I suppose if we’d labelled everything back then way we do these days, my mom would’ve been the very definition of a helicopter parent (with the best intentions, of course).

It’s that smothered feeling I try to avoid with my kids, allowing them, at ten and seven, to venture out alone on their bikes, heading to the part of our small town’s “downtown” shops. There are so many dangers out there!

These feel like monumental steps, don’t they? Allowing kids to go to the playground alone, letting them walk to school without adult supervision, dropping them off at concerts with friends…

I have to give my parents credit for allowing me to attend a George Michael concert without them when I was 15. It was a huge step for them, and me. They dropped me off with my friend and I remember the sweet taste of independence I felt, being in that crowd of people without my parents. I could choose where to spend my money, I could choose who to talk to, what to eat, and they would pick me up outside the giant venue after the concert. There were no cell phones, they just had to trust that when the crowd poured out, I’d be there, too.

It’s that glorious experience I keep flashing back to when I think of the horrors of the attack at the Ariana Grande concert in Manchester recently. All those young girls, revelling exactly the way they should do, and so much chaos, violence, injury, and death. It’s unfair. It’s terrifying, as terrorists intend these attacks to be, and I know that as parents, it makes us want to pull our children closer, sheltering them from the world. Trust me: worrying is my automatic response to basically everything, but I constantly fight it with logic and thought. 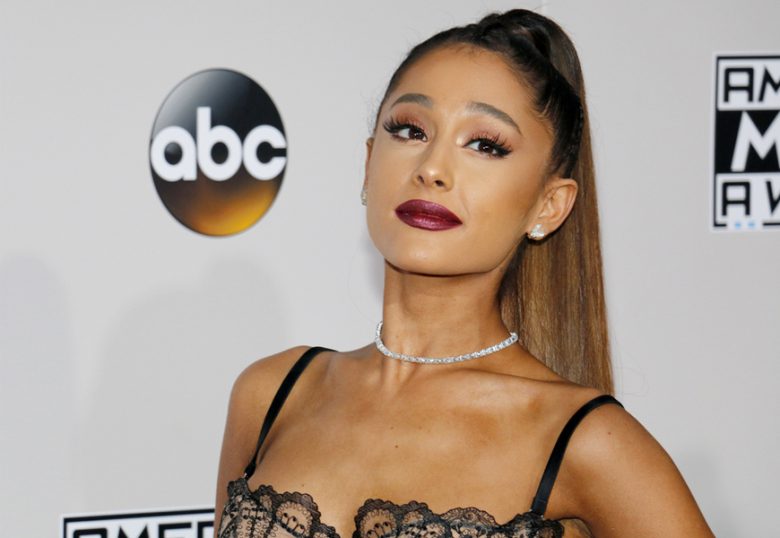 I don’t want to tell you what you already know—terrorists want the fear to burrow deep into us, and spread like a virus. I want to stand up and say I won’t let my kids grow up afraid to live because of things like this. It’s difficult, but our kids need to live. What is life without earning freedom, without the thrill of adventures? We all need to live, despite knowing there is badness in the world, that there are unknown threats, but that life is nothing if we don’t embrace it wholly.

My friend Eric Alper and his daughter Hannah wrote a great piece with some safety tips to use when sending kids off to events like concerts, and I’ll be tucking them away for when my kids are old enough to venture off without me. It’s sobering to realize that we can send kids off to something that’s meant to be joyful and have these attacks happen. There have always been threats—predators, accidents, drugs, mistakes—but this felt so close to us all, I think, didn’t it? We can’t let it stop life, we just can’t.

I’m fortified in my belief that kids need to have independent experiences to become strong adults. We’re not raising children to remain children, after all. Sheltering them prepares them for nothing, and while I can’t guarantee they’ll be protected from everything in our world, I can do my best to help them confidently venture out and have a full life, rich with experience and joy.

Some Safety Tips for Sending Kids Out Without You

• Always send them with a fully charged cell phone with all necessary contact info updated
• Start early teaching kids to be street wise (when dealing with strangers, with navigating their neighbourhood, etc.)
• If you’re taking them to an event, visit the venue ahead of time and plan meeting spots
• Discuss “what if” scenarios – where you’ll meet, what to do in chaos
• Foster a welcoming relationship with kids so that if they make poor decisions, they’re not afraid to contact you for help
• Talk, talk, talk to your kids – about drugs, about social media, about the reality of terrorism. . . talking frankly (with age-appropriate content) can help alleviate fear and anxiety

The Manchester attack has made me even more determined to not live in fear, but to help my kids do their best to be safe, but still live full lives.