You are here: Home / Parenting / Family / Single Mom Is Pregnant Again At 51 & Good For Her

In 2012, at the age of 49, Tracey Kahn used IVF to become pregnant with her first daughter Scarlett. Scarlett is now two and her mother is expecting another baby girl in February 2015, also through IVF. (Kahn actually used the same donors so her daughters will have the same parents!)

She recently wrote an essay for the New York Post in which she discussed her journey to motherhood. The basic thesis? Any woman, of any age can become a mother. And as I said, I am completely, 100% behind that thesis. 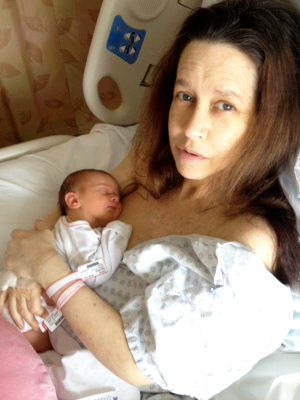 It is the not-so-subtle secondary thesis that rubs me the wrong way:

“I’m confident, attractive and own a $1 million apartment on the Upper East Side.”

“The fertility treatment had cost about $75K, but I knew I’d do it again in a heartbeat.”

“Scarlett had a $350-a-day baby nurse for the first three months, and I now employ an amazing full-time nanny.”

“I’m planning on lots of European vacations, and they’ll go to the best private schools in Manhattan.”

Did you pick up on the secondary thesis? If you want to be a single mom at 51, you need some serious cash in your bank account.

This is something that most of us already knew: fertility treatments such as IVF can cost a fortune. The average per cycle in Ontario is approximately $10,000 and it takes an average of 2-3 cycles to be successful. Kahn had five unsuccessful rounds of IUI before moving on to IVF. Her total bill for just her first pregnancy was $75,000. This, for most families, would be an insurmountable sum of money. But still I can completely understand it. That money was spent to make Kahn a mother, something that she had always wanted; I would say her family was worth every cent.

My problem arises with Kahn’s opinion that any woman can do what she did.

“I’m proof that just because a woman is single, older and career-oriented, she doesn’t have to give up on her dreams of being a mom,” Kahn said. “You really can have it all.” 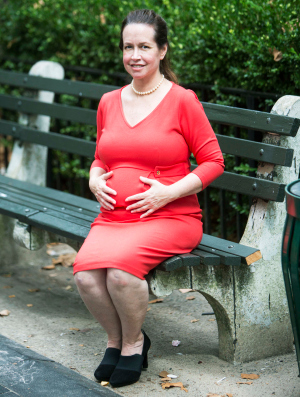 It’s hard when you read a statement that you want to agree with completely, but there is something you just can’t get passed. In Kahn’s cause, it’s the private schools, $350-a-day nannies, European vacations and million dollar houses that make her “proof” hard to swallow.

I’d like to think that every woman, everywhere, can have it all. But, sadly, that’s not the case. It seems to be that wealthy women are the only ones who are able to take advantage of this new found ability to have babies when other obstacles are standing in their way. But this is not the reality for most women; women who lack the financial resources are never granted the chance to raise a child because they cannot afford the steep price associated with creating that child.

There is something about a wealthy woman telling the rest of the world how easy it is to have it all when, by her own esteem, having it all comes with a multi-million dollar price tag.