You are here: Home / Parenting / Autism / How A Tablet Can Help Autistic Children Communicate

April is Autism Awareness Month and for many families with children diagnosed within the Autism spectrum, finding ways to learn and communicate effectively is a high priority. There is no cookie-cutter solution; each person diagnosed has their own particular needs and skills.

Autism was first recognized in 1942 by Dr. Leo Kanner, and yet over 70 years later, we’re still far from fully understanding autism. According to Autism Society Canada, at one time autism was mistakenly thought to be caused by “cold”parenting, later it was wrongly classified as a childhood psychosis or a type of childhood schizophrenia. Today, research around the world focuses on multiple possible causes such as genetics/heredity, difference in biological brain function (neuropathology), pre-natal factors, possible exposure to environmental toxins, viral infections and immune system deficiencies.

So, how do families living with Autism deal. A family I know has a teenage son who has Autism and the entire family learned how to support and communicate with him. He communicates through his iPad that is connected to his wheelchair. I was amazed at how effectively he was using it—he could talk about his favourite things, sports and music, using his iPad.

Here are some great apps for Apple iPad that families are currently using, but let us know if you’ve come across any others that have been useful! We’d love to share this information! 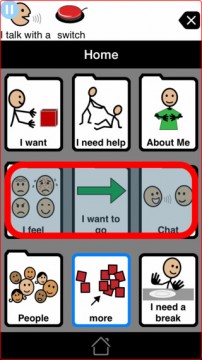 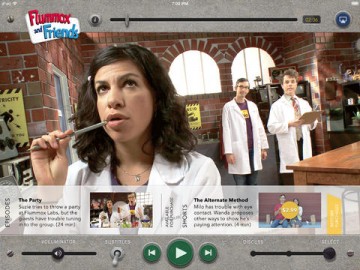 Kid in Story (iPad):  Specifically designed to benefit children with autism and other special needs by making it fun and easy to create visual stories to support learning, social modeling, and early literacy.

Pictello (universal): A simple way to create talking photo albums and talking books. Each page in a Pictello Story can contain a picture, up to five lines of text, and a recorded sound or text-to-speech using high-quality voices.

iDress for Weather (universal): Provides a customizable closet and individualized temperature settings to allow people to personalize the connection between wether and clothing. 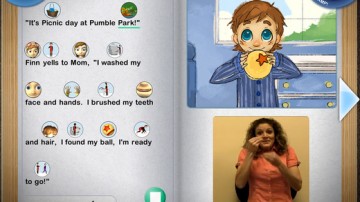 Toca Band (universal): Rock out with this fun and easy toy that encourages children to experiment with sounds, beats and rhythms.

ChatterPix Kids (free, universal): Give your photos a voice with ChatterPix! Simply take any photo, draw a line to make a mouth, and record your voice. Then share your Pix with friends and family as silly greetings, playful messages, or creative cards.

Peek A Zoo (universal): Engage children in an interactive experience where they will learn the names of different animals and how to identify social emotional cues. 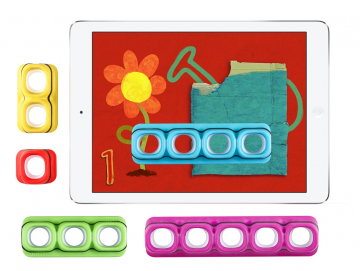