You are here: Home / Parenting / Drugs / Drug Addicts Are Definitely Not Spiking Your Kids Candy This Halloween

We’re always hearing that things were much safer, back in the day. Tales of yesteryear would have us believe that doors were always open, children were free to roam the streets in safety, and the world was virtually empty of the sort of degenerates that seem to abound in the headlines today.

Oh but that was then, and this is now, say the cynics! Today kids have no attention span thanks to social media, video games have made them violent and devoid of empathy and basically everything is going to hell in a hand basket.

So I shouldn’t be surprised to learn that now police in Mississippi are warning parents to be on the lookout this Halloween because Ecstasy tablets, shaped like skulls, dominoes and Superman shields, could be mistaken for brightly coloured candy.

Police in Jackson, MS, posted this handy tip on their Facebook page: “If your kids get these for Halloween candy, they ARE NOT CANDY.” The post, which subsequently went viral, said: “They are the new shapes of Ecstasy and can kill kids through overdoses!!!” 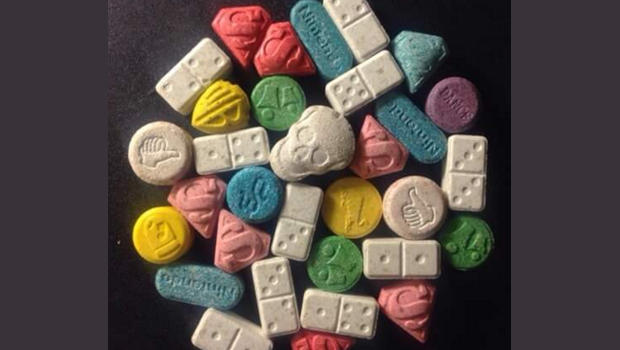 I can’t even. There is so much stupid in this post, I’m not entirely sure where to begin, but here goes nothing.

NEWS FLASH: Drug dealers do not like to share their drugs. They are generally considered something of a commodity.

Here are some differences between drugs and candy, just in case we needed a refresher.

Candy is cheap and readily available. Drugs are expensive and harder to come by. Hence, there not being an underworld where Reece’s pieces and Twizzler’s are sold to hooded figures in dimly lit alleyways.

While I may not have first hand experience of the changing of hands of class A’s and B’s, I feel I have watched enough Netflix series to realize that this is A) a very risky business to be in and B) one where there is quite a small margin for waste—i.e. it is pretty unlikely that after acquiring said drugs, those in possession will hand them over to small children who knock on their door this October 31st.

By the same logic it is also not likely that anyone in your neighbourhood will distribute large wads of cash or diamonds into your kids trick or treat loot. People are just selfish like that.

This is a classic case of scaremongering parents—not content to simply rain on trick or treaters parades with the average tooth-decay warnings, fun-busters have really cranked things up a notch with the dangers of drugs now being paraded about. It’s probably not something you anticipated having to worry about when you put together a vampire costume for your seven-year-old…

Snopes.com the myth-busting website, suggests that these drugs have been around for years in the same shapes and colours, and that there is no evidence that anyone has ever slipped them into a child’s bag on Halloween.

So if you see this circulating on your Facebook feed, please take it with a healthy dose of cynicism, and treat Halloween with the usual precautions you already would. And if you’re still worried, follow some simple rules to ensure your child trick or treats safely.

Don’t let kids eat candy until they get home where you can inspect it. Don’t accept homemade candy; instead stick to commercially wrapped goods. And finally, check the packaging for any signs of tampering.