You are here: Home / Parenting / Autism / An Open Letter To The Mom Whose Kid Was Just Diagnosed With Autism

I’ve started this letter over and over.

Although there are shared characteristics, autism isn’t the same for everyone. Some kids are nonverbal, and some are hyper-verbal. Some are in-between. Some have food issues and eating challenges. Some kids need more high-support, physical assistance with everyday life. Some can make eye contact comfortably, and some can’t. Some (like my son) have strong sensory issues.

My son was diagnosed at three. How old was your kid? Did it rock your world or did you have an idea? I wasn’t surprised. From the very start, he was different from other babies. People still don’t believe me when I say this, but he was. Not in a bad way. Just different. As he entered the toddler years, his sensory issues made navigating day to day life difficult. Social cues were confusing. Eventually, we sought help. Sometimes people make a point of saying that kids are “labeled” too much, or that labels are overused.

I disagree. Diagnosis gave us a new perspective and pointed us in a direction to learn. It was the first step to understanding our son on a whole new level. The first step to the rest of his life. Because when your kid is autistic, it is their life, forever. It’s part of who they are. An autistic toddler turns into an autistic 9-year-old into an autistic 20-year-old.

Did you catch that just now? That I said “autistic 9-year-old” instead of 9-year-old with autism? A few autistic adults have taught me the importance of using language carefully (“identity first” language” is preferable). It’s something I would have never even thought about or considered. I did not learn that from a book written by the parent of an autistic child. I did not learn it from an exploitive episode of Law and Order. I learned it from my autistic activist friends.

Look to learn from autistic people. They are, by far, your greatest support and source of knowledge. Press pause on the parent-focused blogs. Open a new window. Let them welcome you into their community. Read blogs by autistic people and seek out groups that could be helpful. Autism is a completely different brain wiring and way of seeing the world that allistic (non-autistic) people do not have. The only way to really learn about it is through conversation with autistic people of all ages.

Does your kid hate certain sounds? Certain kinds of lighting? Smells? The world isn’t built for sensory-defensive people. It’s loud, confusing, and a never-ending sea of information and noise. We did occupational therapy after my son was diagnosed. It wasn’t intended to “fix” him, but to give us insight about the feedback he was looking for. He was aggressive with his body, crashing into things, throwing himself on the floor and into walls. I learned he was looking for where the edges of his body were to feel more secure. He was given a soft brush to use at home on his hands and his skin. It helped things not “hurt” so much. Above all, it opened lines of communication.

Today, at the age of nine, he is able to explain when he is having a sensory problem. His aversion to touching things isn’t just tactile, but auditory, and sometimes visual. He doesn’t just touch things, he hears the sound they make, however minuscule. He is open to stretching himself, bit by bit, like self-directed exposure therapy. We don’t force it or rush him. He is clear he doesn’t want to be so sensitive that the sight of a paper towel makes him grit his teeth because he can hear it. So, he works at it. Some have taken a year or more, but he moves his way through them. 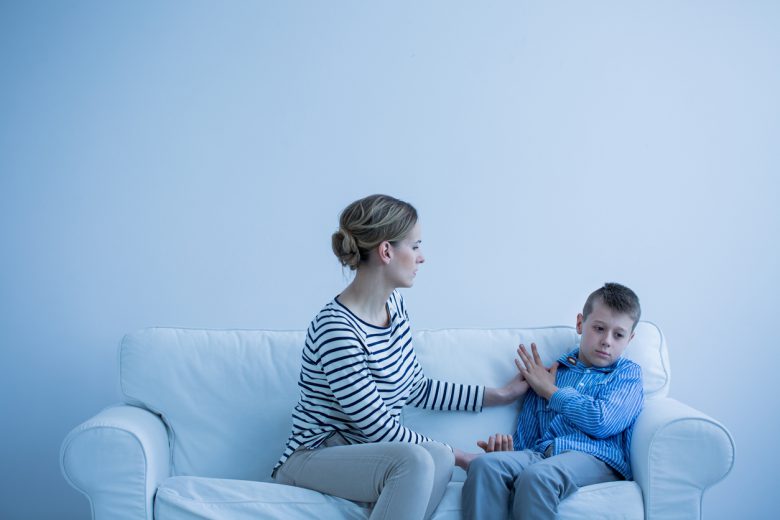 What about stims? Have you noticed any? Do you know what they are yet? Does your kid like to clap or flap their hands? Do they like to spin or jump in a pattern? Vocalise? There are so many things our kids do to express excitement and joy. There are also things that express discomfort or anxiety, but with careful attention, they will show you the difference. It’s communication. You do not have to tell them to stop. Do not let someone else tell you it needs to stop. Read this. Share it. It’s important.

Will someone in the airport stare when your kid squeals “Eeee!” and flaps his hands in front of his face? Yes, maybe. But when my son let the stims loose after stepping off the plane, not only did I not “intervene,” I looked right at them and smiled: Hey! My kid just sat in the middle seat on a plane for a few hours and he’s happy to get off and get walking again, how about you?

I never realized how often people use sarcasm, passive-aggression, and unspoken nuance until I had to explain it (over and over) to my son. He’d ask, “Why would someone say something they don’t mean anyway?” And you know what? I didn’t have a good answer, because most of the time, it makes no sense at all. Social situations have unique challenges as it is, but this wording goes against the grain of the autistic tendency to take things very literally. It can be helpful to point out sarcasm when it happens. For younger kids especially, you can try modeling faces that look like someone making a joke, or point it out if you see it. A wider smile, crinkles around the eyes, a small laugh or different tone of speech.

What is your kid into these days? When my son was two, he became obsessed with a nutcracker. It sparked a fierce devotion and extensive collection that exists to this day. Your child may have intense interests that are so specific, you struggle to believe that a six-year-old girl could know so much about bats. Society can sell us an image of an autistic robot who only talks about one thing. That’s garbage. To see and learn about our kids’ special interests, topics, and the depth of their dedication and fascination is truly amazing. It’s a trait some adults are forever chasing.

There will probably come a time when you are made to feel that you shouldn’t be in a public place with a kid “behaving like that.” It’s harsh, but it’s happened to me. I felt so vulnerable, and just didn’t know what to do. In public bathrooms, there were automatic flushing toilets and the shrill hand dryers. Everything was loud. People would jump at his instant screaming. Soap “hurt.” He doesn’t like towels, so he’d wipe his hands on my pants. If someone else saw all of this, I’d get a look. Places didn’t seem safe to just exist. Don’t let that feeling in. Don’t do that to yourself. Your kid exists and has absolutely every right to be in public, in everyday life, just like every single person.

My son is nine, hurtling headstrong into 10. I asked him if there was anything I should share with you. He flicked his eyes up quickly and then went back to his iPad. “No, not really,” he shrugged. Lately, my very existence is embarrassing to him. That includes singing the Hamilton soundtrack in the Costco parking lot while trying to absent-mindedly hold his hand. He is as likely to roll his eyes at me as he is to stim-twist his fingers. In short, he’s a kid. He was feeling stressed the other day in the car. I didn’t know it, but a few short claps in front of his face clued me in. He gave me short answers when I prodded, but finally bristled and replied, “I got this, Mom. Okay?”

You’ve got this. Your kid is not like other kids. Embrace it. Celebrate it. Tap into the unconditional love you felt the second you saw your sweet baby. That feeling of instant recognition coupled with awe and fascination. Be open with your child. Make sure they know they are autistic. Point out ways that it makes them unique. If you doubt yourself or feel fatigued, reach out to the autistic community. Open your eyes and look around. Then look back at your kid. Smile.