You are here: Home / Parenting / Illness / A Belly Full of Poison

Acute appendicitis is very common. In fact, it’s the most commonly encountered disease in emergency clinics with about 250,000 appendectomies performed in the United States each year. Actually, “appies” (as the hospital staff refer to them) are so common that there’s even a joke about them:

Q: What’s the purpose of the appendix?
A: To pay  surgeons’ mortgages.

(Granted, this joke doesn’t resonate as much here in Canada, where surgeons are paid salaries, and stays in hospital cost nothing more than the exorbitant rates charged for visitor parking).

As it happens, on February 26, 2014, my daughter’s was the third appendectomy performed at the Alberta Children’s Hospital that day alone (although staff told me that their normal is closer to 4-5 per week).

Now, here’s the really important thing about appendectomy: if it’s performed before the appendix bursts, recovery is straightforward and the hospital stay will likely range between one and three days. If you have a perforated appendix, there is a bigger range of nasty side-effects (depending on how long it has been since perforation) and, therefore, a larger range of hospital stay.

Maddy’s appendix had perforated. It had perforated in the worst place (right at the cecum, where it attaches to the intestine vs. farther down), and likely 2-3 days before we arrived at the hospital. For this reason, a whole lot of toxic stuff had been swirling around inside her abdomen – and for several days. The results of this toxic soup were, to say the least nasty.

Once she was in the recovery room, Maddy’s surgeon explained that most of her insides were streaked with scar tissue; the result of being bathed in poison for several days. She further explained that it was very likely she would develop an infection somewhere around a week to ten days after the surgery, so in addition to recovering from the life-threatening conditions she had presented with in Emergency (septic shock and peritonitis and the resulting ileus; her entire digestive system had essentially shut down) she would most likely face antibiotics and possibly more invasive procedures. 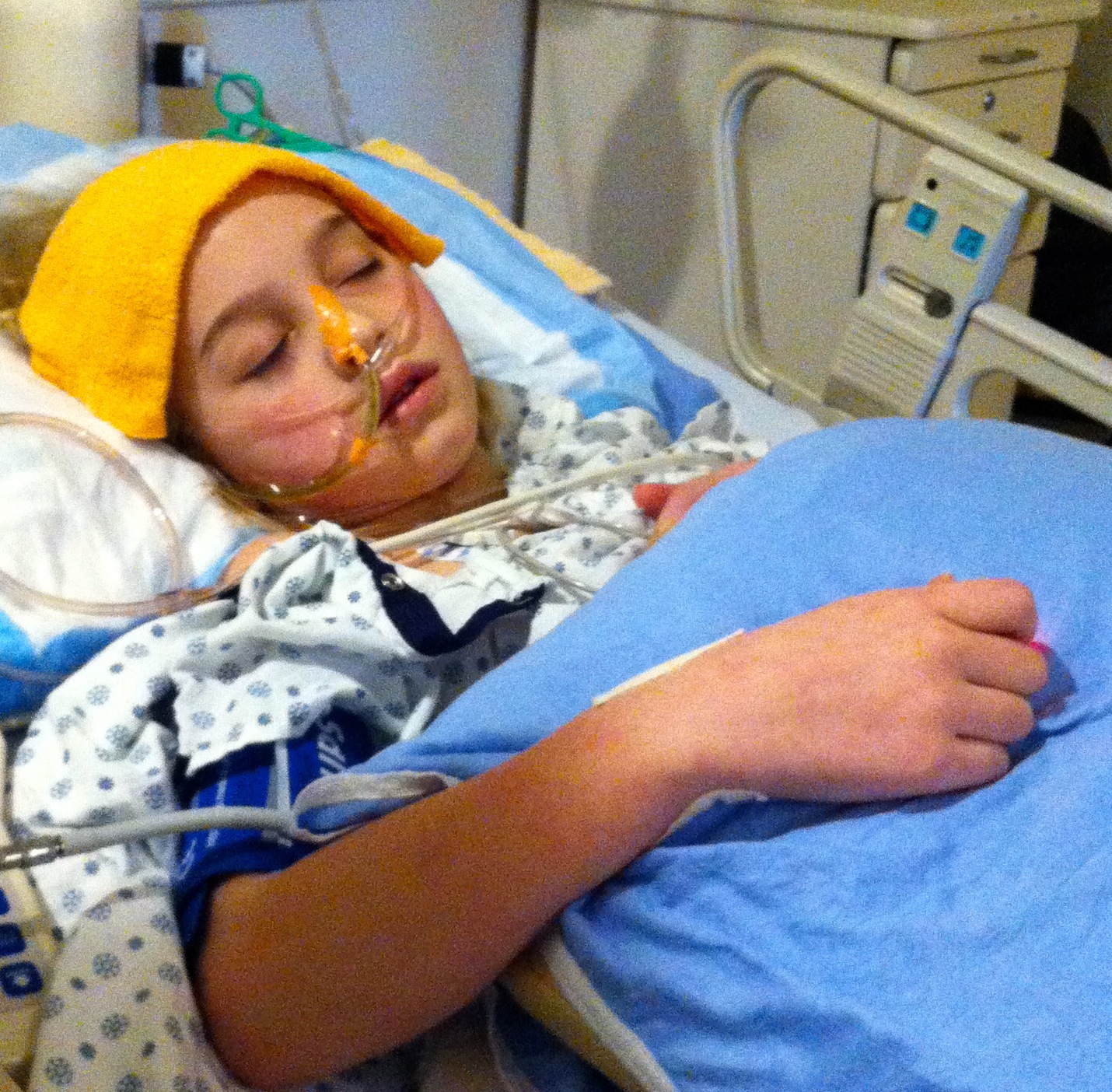 As it turns out, it was a long, slow road to recovery. Maddy’s ileus took nearly a week to resolve, meaning she had to endure an NG tube (that went in her nose and down to her stomach to drain the contents of her inactive tummy) for 6 days. Because she couldn’t eat in the usual way, she was fed TNP (total parenteral nutrition) intravenously, through a special IV called a PICC line. In the end, she went 11 days without eating and lost over 10% of her body weight. Once she was finally able to eat again, she started to show signs of that infection her surgeon feared would develop:

She spent another six days in hospital during which time three abscesses were drained (miserable procedure, by the way) before her white blood cell count and fever (both of which are indicators of infection) were within normal range. And then, after 15 days in hospital, this: 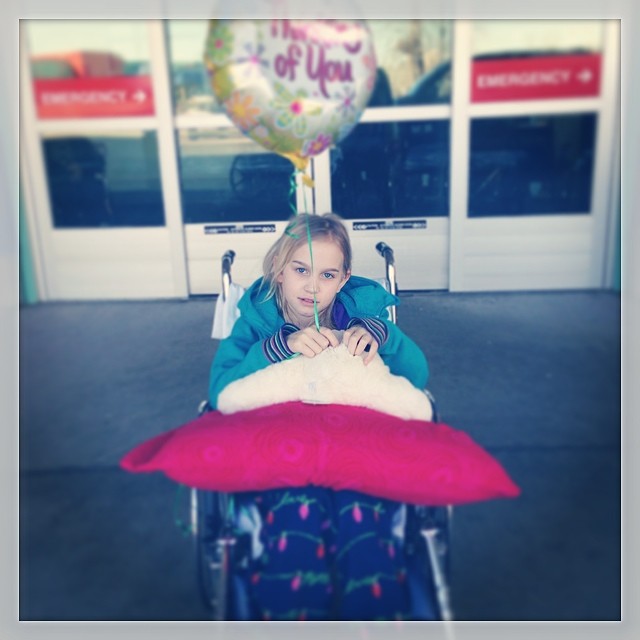 Home at last. A wonderful development!

If not, unfortunately, a permanent one.

Within a week she was back in hospital with a new abscess. But luckily this time her stay was short, and just over 48 hours later she got to come home again, this time for good (fingers crossed!)