You are here: Home / Entertainment / Book Club / What I’m Reading: Let’s Hear It For the Girls

My nine-year-old daughter is a voracious reader of series. She has plowed through everything from Magic Tree House to Chris Colfer’s Land of Stories trilogy, and she loves finding a series that gets her hooked. Recently she started Rick Riordan’s Percy Jackson series, and since I remember the summer her brothers barely looked up from those novels, I was confident she’d love them too. Turns out she liked them, but she wished that “Percy Jackson was a girl.”

We all like reading about heroines with which we can identify, and lately I’ve been reading a lot of books with female protagonists. Here are a few I’d recommend. 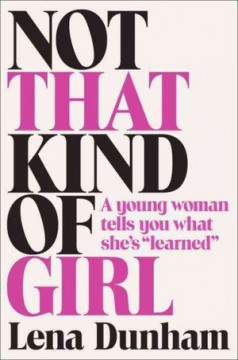 Not That Kind of Girl, Lena Dunham

I think my Facebook status said it all about Lena Dunham’s first book.

Stages of reading Lena Dunham’s “Not That Kind of Girl”.

Stage One. Feel like you’re in an exclusive, cool club as you spot young, hip, fashionable girls with copies tucked into their slouchy hobo bags on the morning commute.

Stage Two. Wish you could spend a weekend with Lena. Man, she’s fun, she tells a great story, she’s always getting into the most amazing fixes.

Stage Three. Realize that Lena has overstayed her welcome, you’re exhausted by her stories, her men, her neuroses and her habits. Ditch the cool club and go find a Maeve Binchy to tuck into your mom-bag.

I really enjoyed reading Lena Dunham’s memoir, but could only take her in smallish doses. I’d read 50-60 pages, and then put her aside for something else. She’s like that friend you choose when you need one really fun night out, but who you can only handle once a month. 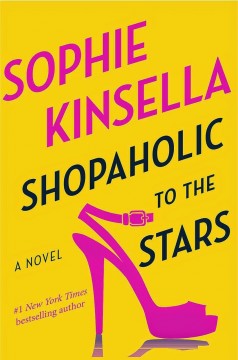 Shopaholic to the Stars, Sophie Kinsella

I didn’t have a Maeve Binchy novel to pick up after “Not That Kind of Girl”, but I had an equally good option: the latest entry in Sophie Kinsella’s Shopaholic series. Like my daughter, I too love a good series. The advantage is that you’re already acquainted with the characters, recognize the writing style and know what to expect from the story.

This is the 7th instalment in the tale of Becky Bloomwood, the original Shopaholic. By now readers know that Becks has married, had a baby and settled down a little. In this novel, she follows her husband to Los Angeles, where he’s working as the publicist for a young starlet. Not willing to become just another stay-at-home, do-yoga-and-sip-wheatgrass-smoothie LA mom, Becky attempts to launch her own fortunes as a Hollywood stylist to the stars.

All the familiar characters are here, Becky’s as flawed and loveable as ever, and I thoroughly enjoyed guessing which stars were based on which fictional characters. Really, really good fun. 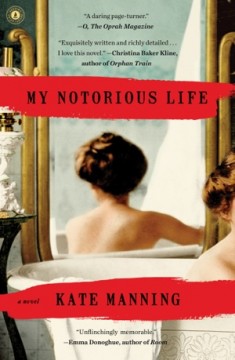 As a reviewer, I’m offered copies of many newly released novels, which means I’m rarely looking for recommendations from others. However, when my favourite author recommends a book, I seek it out and purchase it immediately. Her picks have never steered me wrong. Such was the case when Anna Quindlen raved about “My Notorious Life” on her Facebook page.

“Inspired by the true history of an infamous female physician who was once called “the Wickedest Woman in New York,” My Notorious Life is a mystery, a family saga, a love story, and an exquisitely detailed portrait of nineteenth-century America. Axie Muldoon’s inimitable voice brings the past alive, and her story haunts and enlightens the present.”

I loved this book. This was an “I can’t wait to go to work every morning because the commute guarantees me half an hour with Axie Muldoon.” This story begins with a young orphan of Irish descent growing up on the streets of New York. Axie loses her siblings, gains a husband and partner, and becomes the most notorious midwife of her day. She ends up hunted by puritans, becoming a renowned and infamous woman; an angel according to some, the devil to others. The books reads like a classic; it’s almost Dickensian in style and theme. I will be recommending this one to every reader I know.

So, there you have it, three books I’d recommend with strong female voices.

What are you reading these days?