It’s been an incredibly sad week for fans of Robin Williams. Days following his tragic death,  his wife Susan Schneider released a statement yesterday letting the world know that not only was he battling depression and anxiety, Williams’ was also battling the first stages of Parkinson’s disease. Schneider also confirmed that her husband was indeed sober at the time of his death.

“Robin’s sobriety was intact and he was brave as he struggled with his own battles of depression, anxiety, as well as early stages of Parkinson’s Disease, which he was not yet ready to share publicly,” wrote Schneider. “It is our hope in the wake of Robin’s tragic passing, that others will find the strength to seek the care and support they need to treat whatever battles they are facing so they may feel less afraid.”

After days of hearing new heartbreaking details surrounding his death, we thought we would end the week on a happier note. To show you how fans from around the world are choosing to remember and celebrate the late actor.

Here are some of  the best fan tributes honouring Williams’ legacy.

This piece was spotted in Dublin, Ireland, made by Pan Cooke who paid homage to one of Williams’ beard phases with this multicoloured masterpiece. 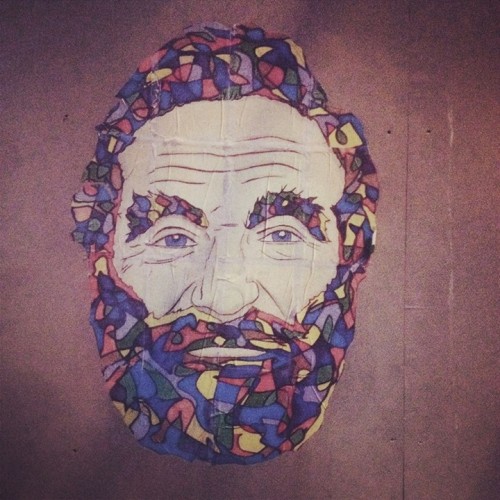 By now we all know how Williams’ played Genie in Disney’s Aladdin. So it only felt right for the cast of the broadway’s Aladdin to play a special musical tribute by doing a singalong to “Friend Like Me” with the entire audience.

Artist combines four of Williams’ best roles in one portrait.

Talk about talent. The illustration posted online by an unknown artist mashed up four of Williams’ most iconic roles into one big portrait. The piece features characters like Mrs. Doubtfire, Professor Brainard from Flubber, Sean Maguire from Good Will Hunting,  and Genie from Aladdin. 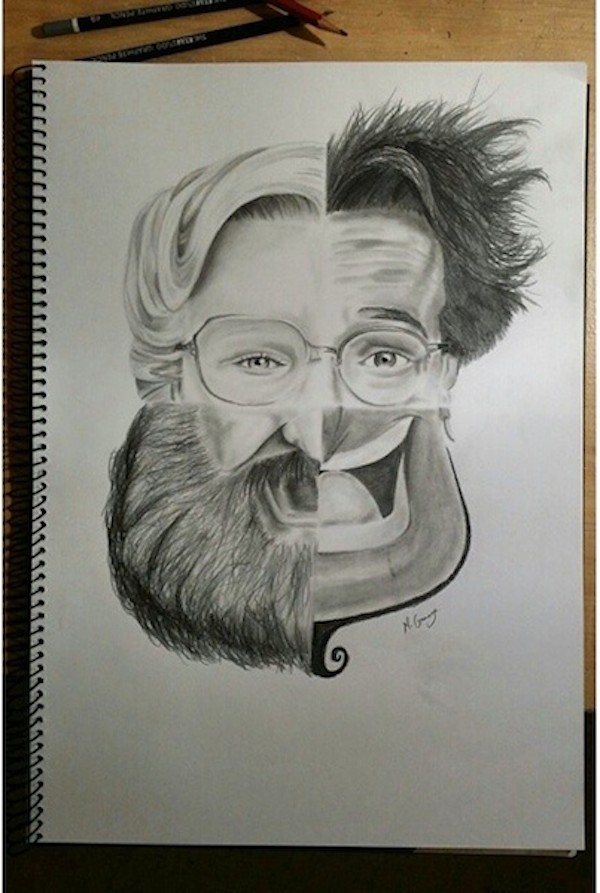 Bench from Good Will Hunting turns into huge makeshift memorial. 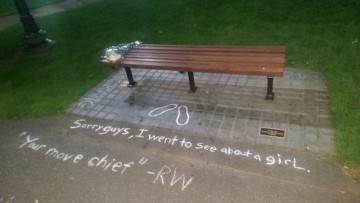 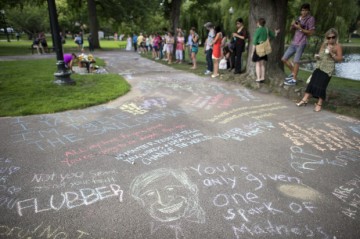 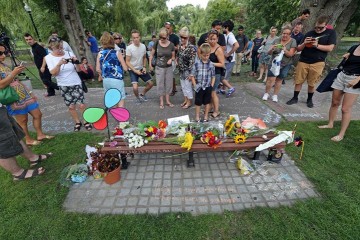 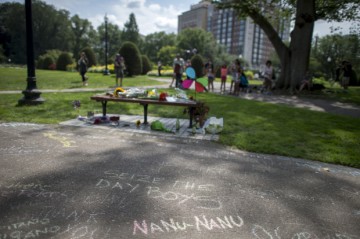 The famous Hollywood comedy club, The Laugh Factory paid this tribute to Williams on their marquee, posting “Make God laugh.” Williams’ had been performing there for over three decades. 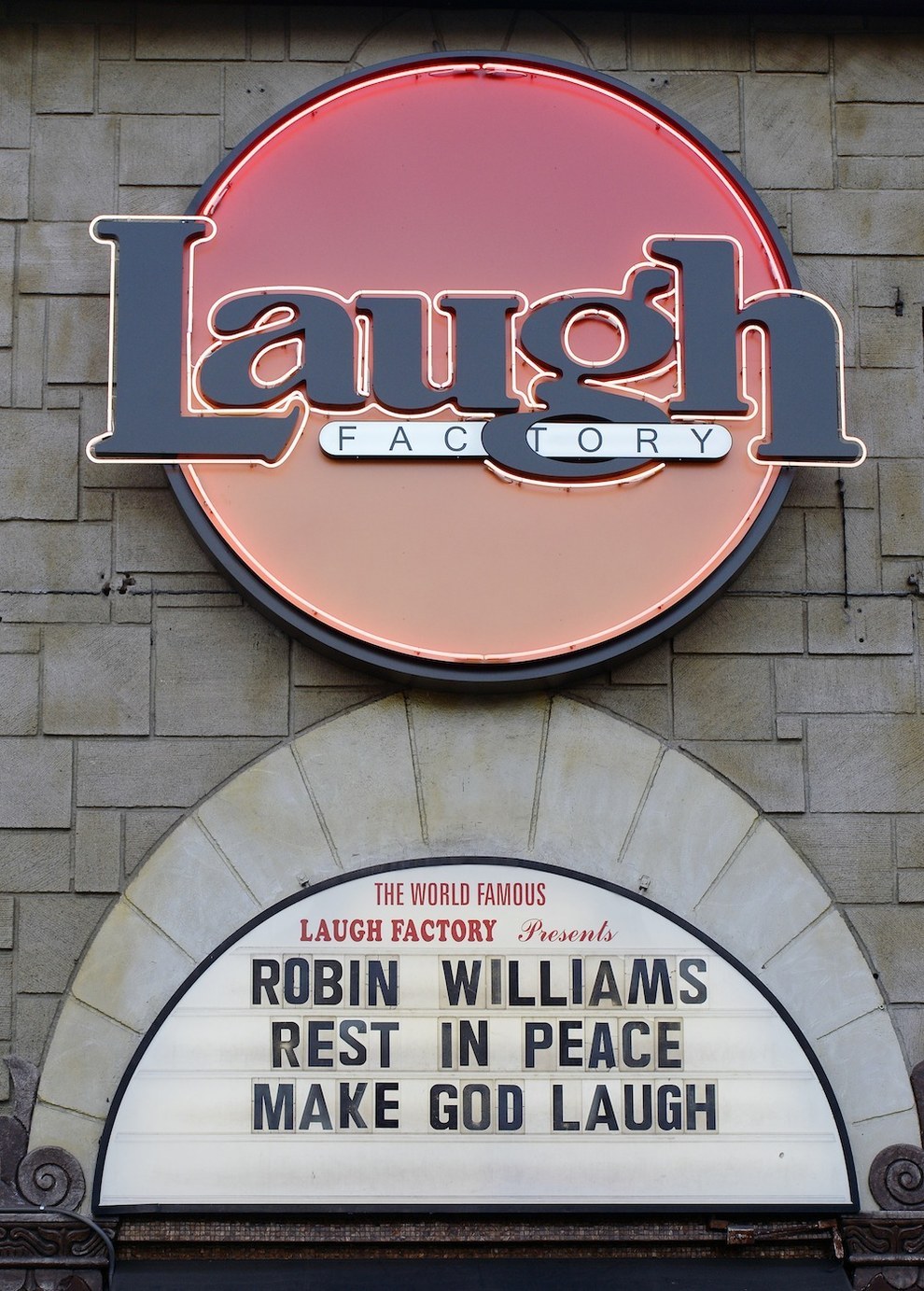 Fans turn Williams’ star on the Hollywood Walk of Fame into memorial. 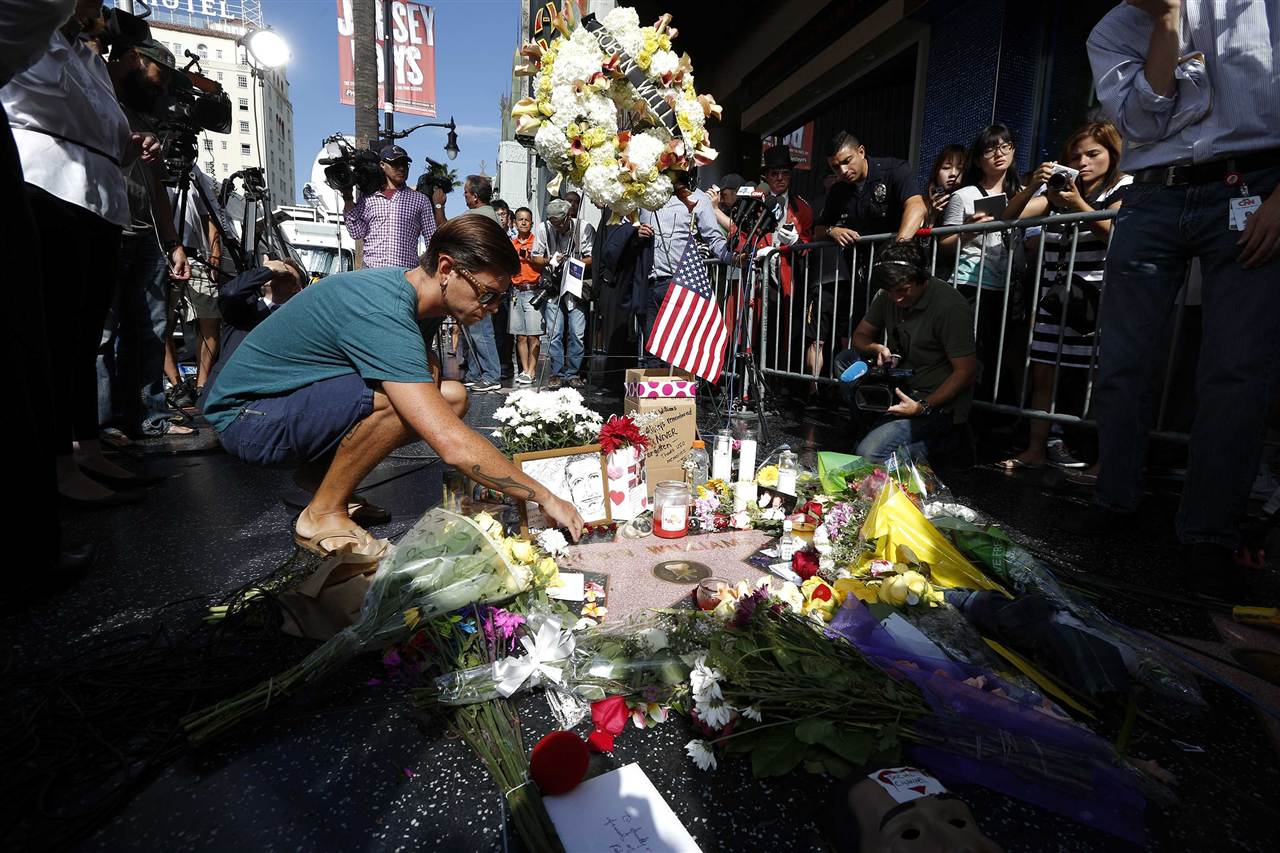 Unknown street artists painted this graffiti mural below a Belgrade bridge to honour the fallen actor.

Jay Ong was devastated when he heard about Williams’ sudden death, that he decided to pay a special tribute in a creative way – using Lego! The adorable tribute includes characters from Williams’ movies Mrs. Doubtfire, Good Morning Vietnam, Dead Poet’s Society and Aladdin. 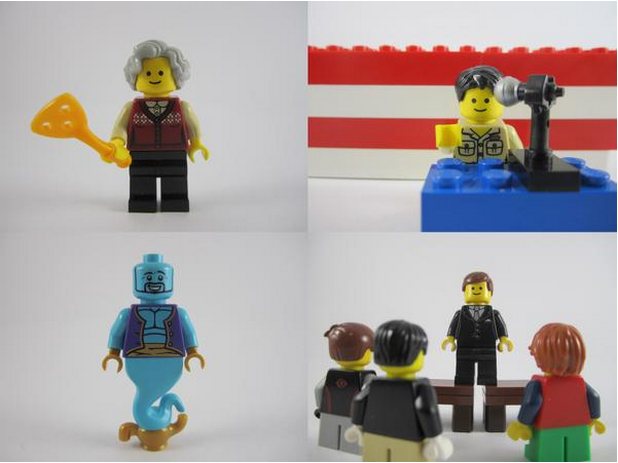 If you’re going to watch anything today, let it be this. Youtube user moderngreen put together one of the most inspiring and heartwarming video tributes we’ve seen yet. It combines the famous “Make your life spectactular” speech from the movie Jack combined with a montage of some of Williams’ best roles. The video is only a minute long but will surely bring tears to your eyes.