You are here: Home / Entertainment / Music Spotlight: Seeing the Light with The Autumn Portrait

Once in a while you come across a song that just makes you smile. It’s different and refreshing. I had bumped into Freddie Mojallal (aka The Autumn Portrait) at a bar downtown recently. He’s one of those guys you want to just give a hug to as soon as you see him. He’s such a warm guy with an equally warm personality.

I first met Freddie last year at We Day and instantly hit it off. A little on the shy side but you can tell he loves to be around people and he loves music. Any music. As we chatted I soon found out he was a musician himself. I told him I was a mom at We Day reporting for Urbanmoms. He thought that was pretty cool.

So back to the bar a couple weeks ago. He mentioned that he had just completed his latest video for his new song You Help Me See The Light. I was curious so as soon as I got home I searched it out. I was so taken by the beauty of the song and the “feel good” vibe I just wanted to share it with you and hope it makes your day too!

I reached out to Freddie to give me some light on his latest video and what it’s like to be a musician these days in Canada.

Your latest video, who is that “she” you’re referring to?

It’s about finding companionship with the one you love. There is nothing better than having your love be your best friend.

You’ve snagged actor (Philip Tetro from MTV’s 1Girl, 5 Gays) who makes an appearance in your latest video, how did that come about?

Philip was a friend of Ryan Nolan, the director of the video. Ryan had asked Philip to be involved and it turned out great. Philip had such charisma and was fun to work with. What a great guy. Really funny too.

I’ve met you a few times and you’re a very humble and positive guy… what makes you happy?

My friends, family, love, music, being balanced, summer, the ocean, change, food, I could go on…I have a major sweet tooth as well but that can’t be too good for me.

What’s the story about Autumn Portrait?

How much time do you have? Haha. I moved to Toronto from the west coast after experiencing a lost love. I wrote my entire new album about that experience. It was very therapeutic. I spent most of my life in Vancouver where my family and childhood friends live. I visit as often as I can. I miss them all the time.

What would you want people to know about the Canadian music scene?

It’s amazing and diverse. There is such a sense of comradery and artists help one another instead of competing. At least that’s what I have experienced. Being a Canadian artist is great but touring is a lot of fun too. I plan to tour Europe next year for sure.

What advice would you give other musicians?

Keep writing and working on your craft. Athletes don’t become who they are over night so why should a musician? It’s pretty simple: practice makes perfect. I am constantly looking for ways to improve on my skills. I love working with other artists too. Collaborating is a great way to expand your skills and work outside your comfort zone. And never give up on your dreams no matter what. I have come to believe that if you put yourself out there, the universe will respond.

Who do you listen to?

I listen to a lot of modern folk at the moment: The Lumineers, Mumford & Sons, Glen Hansard, The Head and the Heart. I also love classic songwriters such as Leonard Cohen and Dylan. I have a weakness for pop too. A good song is a good song. I’m digging that “Get Lucky” track by Daft Punk ft Pharrell. Song of the summer I’d say.

If you had a million dollars, you would?

I would donate a large part of it to important charities close to my heart. War Child for sure. I have been involved with them for their “Busking for Change” event. Also United Way is a charity I am close to and have worked with. ‘We Day’ is pretty amazing as well. I got to attend it in Toronto this year and I was so inspired after speaking to the guest speakers. I spoke with Spencer West and Molly Burke and they changed my life. They had so much heart and it really opened my eyes to see what the power of positivity can do. 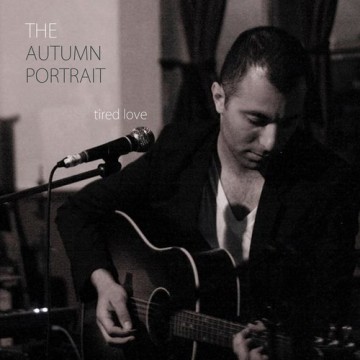 You Help Me See The Light is from The Autumn Portrait’s second album titled TIRED LOVE available through iTunes.

Also visit his site at theautumnportrait.com

Congrats and sending positive vibes out to you Freddie!!