You are here: Home / Entertainment / Latest Netflix Original Series Is For Kids!

A colourful cast that includes Madagascar favourites like Mort and Maurice, take on the craziest adventures and wildest parties the jungle has seen. The scene takes place in Madagascar, long before the four zoo animals first met each other in New York. Julien is the king that rules…the party, that is!

We are excited to add a series focused on one of the most beloved characters from Madagascar to our growing line-up from DreamWorks Animation,” said Cindy Holland, Vice President, Original Content, Netflix.  “King Julien knows how to throw a great party and we expect families around the world will enjoy spending their holidays with him.” 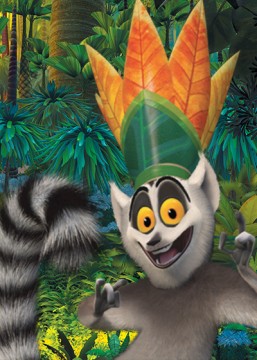 The first five 22 minute episodes will be available to most Netflix subscribers worldwide including the U.S., Canada, Latin America, UK, and others. More episodes will roll out throughout 2015.

I can’t wait for this not-stop party!