You are here: Home / Entertainment / Celebrity / Sophie Grégoire-Trudeau Stuns At The State Dinner

It was a big night for Canada’s First Family, as Justin Trudeau and Sophie Grégoire-Trudeau attended their first State Dinner in Washington.

And while it was a big moment for Canada’s newly elected Prime Minister, all eyes were on Sophie and her gorgeous dress!

The former entertainment reporter stunned in a dress designed by Canadian designer Lucian Matis—the flowing purple gown was finished with a feminine, yet striking, beaded trim.

Matis is a Toronto-based designer knew Sophie was planning to wear one of his dressed, but the fact that she started the day off in his designs and followed up by wearing another of his designs to the State Dinner was news to him. 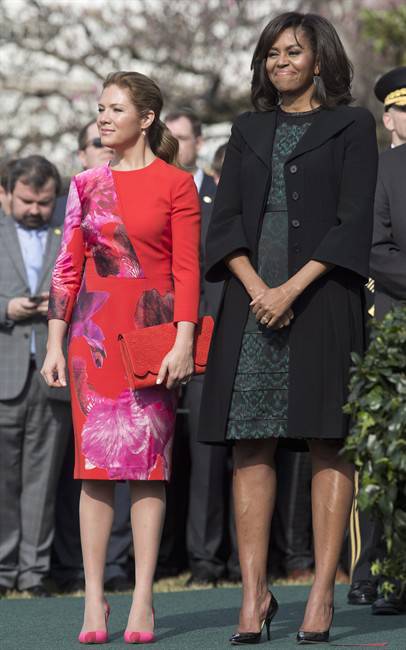 “I was floored. I was completely ecstatic. It was an incredible experience,” Matis told Global News.

Of Sophie’s purple stunner, Matis wanted to do something classic, “that’s elegant yet opulent in the sense of colour, so I chose the orange, fushia and purple colours together.”