Legendary fashion designer, Oscar de la Renta, died Monday evening due to complications from cancer, reports The New York Times. He was 82. The news was confirmed by his wife, Annette de la Renta.

The Dominican-born designer was first diagnosed with cancer back in 2006 and has been battling the disease on-and-off since then. According to some reports, de la Renta had a form of gastric cancer.

Despite his cancer diagnosis almost a decade ago, de la Renta continued working and has remained one of the fashion world’s most praised and idolized designers. With over four decades of work under his belt, the iconic designer has managed to stay relevant — dressing generations of the world’s most powerful women in his glamorous designs.

He first came on to the scene for dressing Jacqueline Kennedy and later moved on to dress countless other first ladies, royals and celebrities. He most recently designed Amal Clooney’s wedding gown and was present during her last bridal fitting. 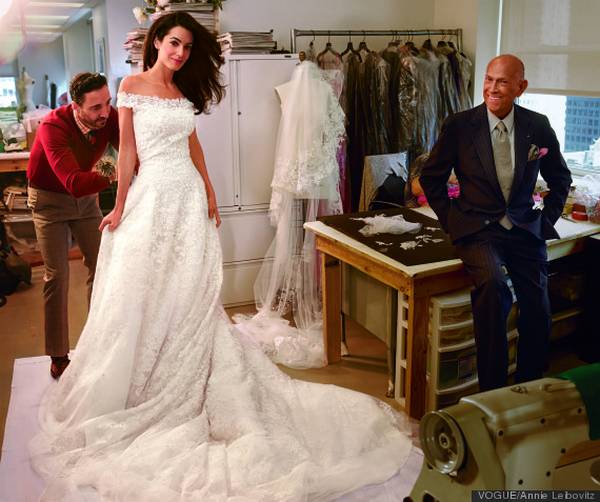 “While our hearts are broken by the idea of life without Oscar, he is still very much us,” said a statement, written and signed by his stepdaughter Eliza Reed Bolen and Alex Bolen, his company’s executives. “All that we have done, and all that we will do, is informed by his values and his spirit. Through Oscar’s example we know the way forward. We will make Oscar very proud of us by continuing in an even stronger way the work that Oscar loved so much.”

Earlier this month Peter Copping was named the new creative director of the Oscar de la Renta brand, a role that will without  a doubt have some big shoes to fill.