You are here: Home / Life / Why I Wish I Raised My Kids in the City

I love the city. I was born in downtown Toronto, spent much of my childhood in The Annex, went to York University and got married at Yonge and St. Clair. I spent the first decade of my adult life in an urban environment, eventually moving from midtown to the west end, and managed to turn my now-husband into a bonafide Torontonian despite his suburban roots. Our kids were delivered at the same hospital I was born in, each of them riding the subway before they were a week old (that’s only gross if you live outside the city, trust me).

Walking my babies around Bloor West Village in a double stroller, I never imagined leaving the city. I pictured my kids attending the elementary school up the street and gazed wistfully at each house with a For Sale sign on the lawn. ‘One day,’ I thought, ‘one of those will be ours’. We might have to rent for a hundred years, but we’d save enough eventually, I surmised. After all, Toronto was home—the place I’d grown up, the place I loved, the place I planned on living until the day I died.

But then, life happens. Our once-perfect apartment developed a fairly terrifying mouse problem, and comparable units were renting for astronomical prices. Finding another rental meant a spike in living expenses, and my husband wanted a backyard. The word “suburbs” came up time and time again, and yet, I held on to the city for dear life, until I couldn’t hold on any longer. When mouse poop starts to pile up under your baby’s crib and every pest control guy your landlord sends over fails you, you take action. We gave notice and started looking at homes in our price range—AKA a thirty-minute drive away.

The suburbs are a great place to raise kids. You hear it time and time again, and it’s true—my kids are happy here, and have plenty of advantages. For me, the adjustment was hard (another topic for another day) but for them, the suburbs were an easy fit.

But what if we’d stayed?

The city has a certain magic, and while there are definite downsides (*cough house prices*) it truly is an ideal environment for raising a family. While you can be a good parent anywhere, there are things that kids seem to learn more organically when you live in the city. For example?

Kids in the suburbs aren’t necessarily covered in bubble wrap, but they don’t have the same street-smart approach to life as city kids do. They’re driven to places in minivans or SUVs. They don’t take the subway to school or navigate a university campus on their walk home from soccer. They don’t deal with the same volume of people in a public environment on a daily basis. There’s no denying that city kids tend to be independent, confident and know how to advocate for themselves at a young age—a skill that’s useful for anyone.

When we lived in Toronto, we knew some of the homeless individuals in our neighbourhood by name. We didn’t hesitate to chat with them as we went about our days, and often brought them food. It wasn’t about teaching our kids a lesson, but the thing is, it did—our interactions showed them that people who are homeless deserve the same courtesy and respect as we do. It gave them a basic understanding of the existence of poverty in Canada. They learned about mental health and privilege from discussions that came about naturally. It helped them develop empathy for others that extended beyond schoolyard problem-solving. Here in the suburbs, homelessness feels like a faraway problem that kids learn about in theory. It’s removed from their lives, typically, and becomes something they hear about instead of something they see on a daily basis. While it may feel safer to some, it can also feel like a bubble or a false representation of the world. Homelessness isn’t something I want on display to teach my kids a lesson—but it’s something that’s real, and worthy of discussion at any age. 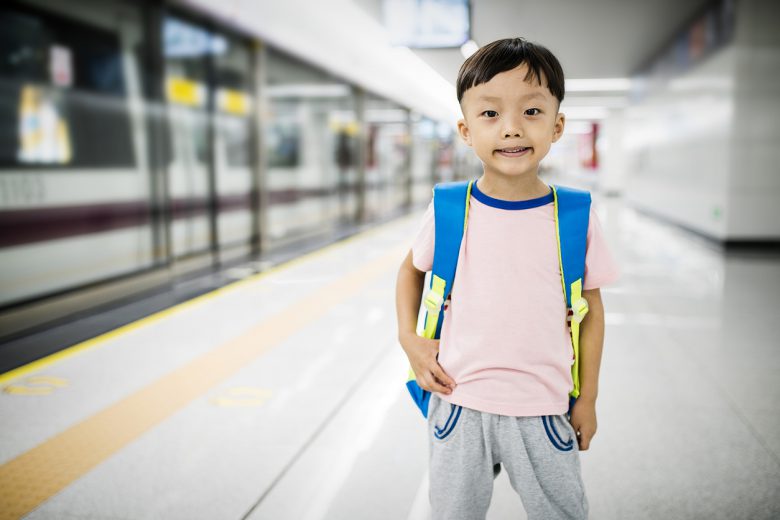 Before anyone jumps on me, I realize that the suburbs have grown more diverse in recent years and are not made of 100% WASP families. That said, it’s made up of a LOT of WASP families. And guess what, WASP families—you’re not bad people. I myself am a white, middle class, able-bodied, straight woman with protestant lineage, and I am not entirely terrible. But when everyone in a city looks like me—or most do—it’s not a representation of Canada or the world. In the city, you live alongside people from all walks of life—different ethnicities, religions, genders and sexual orientations. The suburbs are getting there, but still feel very whitewashed. Though my children are fond of saying they can marry anyone “because of the rainbow flag”, so it’s not all bad in suburbia.

Every big city has them—museums, art galleries, concert halls, stadiums, festivals, parades, cultural centres. The suburbs have a pinch of this, but it’s not the same . . . oh man, it’s not the same. I miss walking home from work and getting caught up in a random Ukrainian celebration or coming across an unexpected concert outside of the Eaton Centre. I miss having the ROM and AGO at my fingertips, and the annual buzz of TIFF.  Am I even talking about my kids anymore? Trust me, they’d love these things too. They do love these things, actually, but now we plan everything in advance because it requires travel and city parking (and don’t get me started on how hard it is to find decent sushi, Pho or Indian food out here . . .)

Ok, just kidding—the suburbs can be gross, too. We left our city apartment full of mice and what did we end up with? A backyard that was frequented by a family of rats, driven out of their previous woodland habitat by nearby construction. As it turns out, bird feeders are the suburban equivalent of having a garbage can that isn’t raccoon proof and then stuffing it full of food scraps and pizza boxes—in other words, you’re asking for it.

I guess I brought a bit of the city here with me after all.