You are here: Home / Reviews / Books / Touch of the Paranormal

A boy who sees his own future has more than a few things to sort out as it shifts before him. 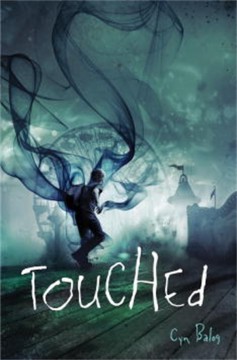 Nick Cross has a peculiar problem – he sees his own future. not in ways that are necessarily helpful, and every time he does things that will change the outcome, he suffers a complete reorganization of the future in his head, making it hard to just carry on with his life and earning him the nickname “Crazy Cross.”

When he meets a girl who shows more than a passing interest and who actually makes his head quiet, he is intrigued, and starts to see their futures entwined. Things can’t just be that simple, though, and her own family curse is also enmeshed with his situation, which she is also able to tell him something about.

It’s complex, and frustrating at times to watch two people struggling against things they had no hand in, but the story ultimately hooks you and keeps you wanting to know by getting you invested in the characters and rooting til the very end for Nick to sort things out and find some kind of balance. Fans of paranormal fiction should find this an intriguing addition to the genre.