You are here: Home / Reviews / Books / Safe Away From Here

This year is the 75th anniversary of the Kindertransport, one of the stories of the Second World War that is as sweet as it is bitter. Two new books commemorate the evacuation of young children and introduce this lesser-known piece of history to a new generation of children and teens.

Rescuing the Children, by Deborah Hodge

This non-fiction book introduces and tells the story of eight different children, setting them in context with history and plenty of photos to help bring it to life. it also introduces a number of people who helped safely transport jewish children out of Germany, and talks about what it was like to start a new life in Britain, with new families not their own.

After the war came still more upheaval, sometimes in the form of reunions with relatives shattered by war, sometimes by way of realizing that there was nothing to go back to. These stories, too, are told, and we get to meet the children in their lives today, who each have hopeful messages to impart. Timelines, glossaries, and a map help round out the context, and further resources are a great starting point for kids who would like to know more.

This is a nicely accessible book for children in the middle grades – it lets them imagine some of the ways that conflict can tear apart families and hints at the grave dangers of WWII without too much grimness for young children to handle. This could be a really gentle way to introduce discussion generated by Remembrance Day. 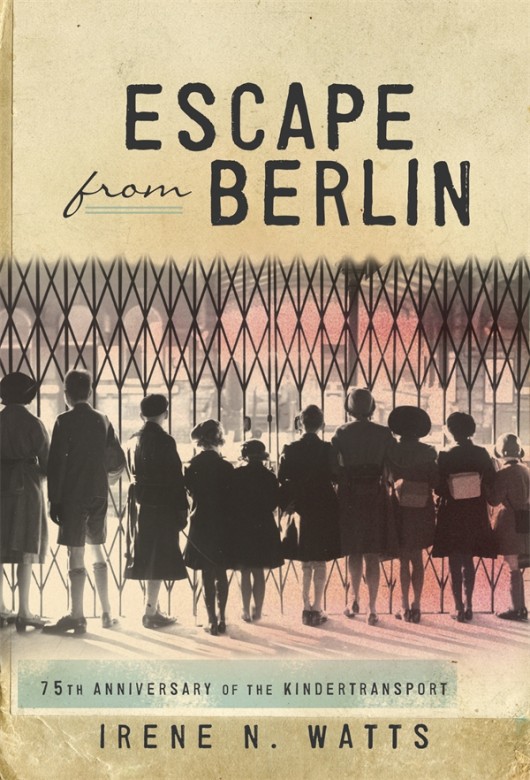 This volume contains three stories of young people displaced by the war, written by Irene Watts, herself one of those children sent to safety in England on the Kindertransport.

Each story addresses a different experience, from a young Jewish girl whose father goes into hiding to a child who must find a way to adjust to life with an unfriendly British sponsor, to a young girl who has to figure out where she belongs once the war is over.

These different faces give a nice, clear window into the impact war had on even those children who survived, and are certainly making me appreciate just how much upheaval even the “lucky ones” have to go through. it’s well-aimed to get children thinking about this without going too far into the actual horrors, for those who aren’t ready, and it’s a story that hasn’t been told over and over, so even for children who have read stories of the war, it is something a little different.