My husband asked me the other day if I had changed the password on his phone. My negative reply caused us to pause for a moment before turning to our daughter. Let’s just say that she needs to practise her poker face. His new password? Her thumbprint. She’s ten.

It frightens me that she’s so good with this stuff. I need instruction manuals AND customer support teams for technology issues. (Although now that I think about it, I can probably just start asking my daughter for help.)

Because they’ve grown up with it, kids maneuver through tech applications with ease. Those of us who are (slightly) older need time to retrain our brains. Thanks to Google and Apple, we no longer have to paw through encyclopaedias or seek out payphones, but we do need countless hours of free time to figure out what exactly it is our phones can do. I haven’t found time in my calendar for that block of hours quite yet. You?

My great aunt Edna is turning 100 years old in April, and I’ve been contemplating the number of changes she’s witnessed in her life time. It’s staggering when you think about it. She’s lived through the Depression, multiple wars, Presidential assassinations, civil rights, the moon landing and the Industrial Revolution. She’s experienced great joy, extreme wonderment and horrifying sorrow. When asked, Edna says that she’s living out her remaining days basking in good memories. There’s no reason to dwell in the bad, I suppose.

Kristin Hannah’s novel The Nightingale is the story of two sisters struggling through the monstrosities of World War II. Separated by a decade, the sisters are as far apart in temperament as they are in age. One faces hardships with quiet stoicism; the other chooses a more reckless path. 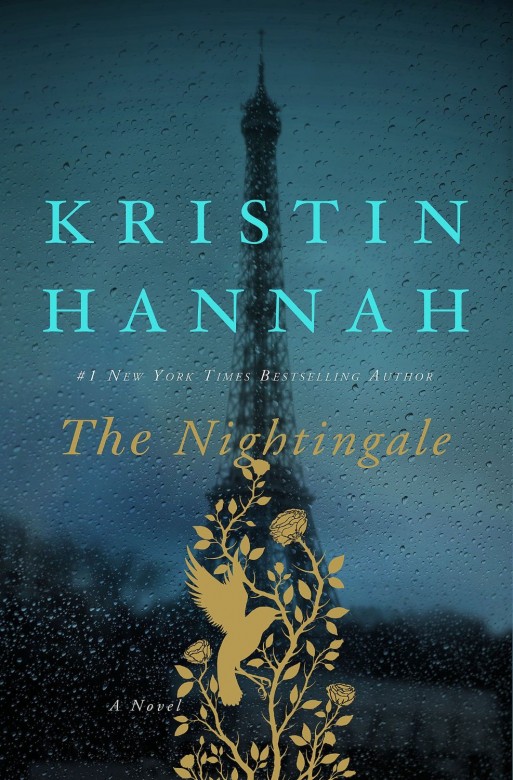 The story begins on the Oregon coast, thousands of miles away and a half century since the Nazi invasion of France. One sister, now dying of cancer, climbs the rickety stairs to her attic and opens a heavy trunk. In it are the memories she’s kept tucked away from everyone, even her own son. His vision of her is incomplete, but it’s the only one she’s allowed him to have since his birth.

A faded, fragile identity card with a false name tells a very different tale; it tells the story of Juliette Gervaise, the “Nightingale” who risked everything to fight the Nazi’s stranglehold on France, and Europe as a whole.

The Nightingale is the story of Juliette’s battle against the larger enemy, and her sister’s equally heroic battle to survive the Nazis billeting in her home. The sisters may have different ideologies about what it takes to win a war, but their combined courage and determination in the face of evil paints a portrait of hope and love.

The Nightingale reveals, in both haunting and elegant prose, long-repressed memories of a time best forgotten. But for one sister, at least, it’s a story worth remembering if she wants her son to know the truth before she dies.

Kristin Hannah is an award-winning and bestselling author. The Nightingale is her twenty-second novel. St. Martin’s Press 2015