You are here: Home / Reviews / Books / Book Review: “Hope and Other Luxuries” By Clare B. Dunkle

My daughter was three years old when her foot was mangled in an escalator. A friend and I had taken our daughters to the movies and we were enjoying listening to them talk excitedly about the characters while we walked out of the theatre. They were still young enough to believe wholeheartedly in the magic of animation and they were chatting about Po and Tigress as if they would arrive any minute for a playdate.

My friend had a brief moment of anxiety as we started our descent on the escalator. She had forgotten to check the laces on her daughter’s shoes and was worried that, if untied, they’d get caught in the machinery. We were both well aware of the dangers of escalators and were normally quite cautious about getting our girls on and off of them. We chided ourselves for being distracted and quickly checked that all was well. We said our farewells at the exit and headed toward home.

Not two minutes later, as I held my daughter’s hand while riding the escalator to the parking garage, I heard a scream that pierced my heart. The soft material of my daughter’s shoe had been sucked into the side panel of the escalator and the mechanism had severed one of her toes. It was the most horrifying sight I’ve ever witnessed.

As mothers, we would sell our souls to erase our children’s fear and pain. I would have gladly amputated my toes in trade for the one she’d nearly lost. Lacking that deal, I instead provided her with the only thing I could: every single ounce of comfort, support and love within me to give. 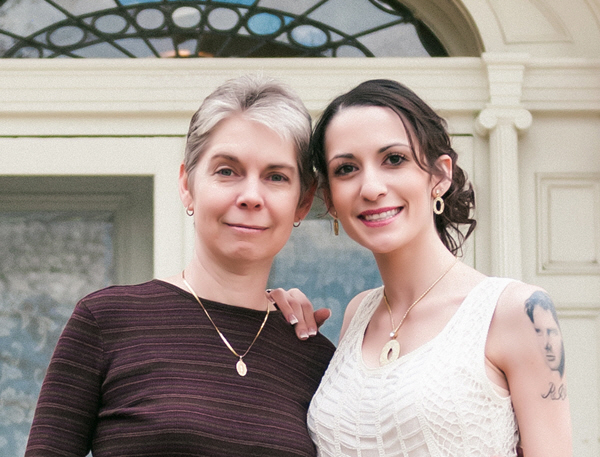 Clare B. Dunkle, in her memoir Hope and Other Luxuries, recounts—in raw and gritty detail—the five-year journey through her daughter Elena’s battle with anorexia nervosa. She watched, albeit certainly not passively, as her once-beautiful, spirited, happy girl transformed into a shadow of her former self.

Clare was no stranger to supporting her children through difficult journeys. Her daughter Valerie had fallen victim to severe depression the year before Elena’s diagnosis and she had been hospitalized for two months after repeated instances of self-harm. But the arduous task of helping Valerie in no way prepared Clare for the marathon of therapists, doctors, specialists, clinics, hospitals, medications, bills, misunderstandings, and downright hostile and contemptuous attitudes that was to come with Elena’s illness.

Clare’s journey with anorexia began with the Summer from Hell, although Elena’s battle started years before. Unbeknownst to her family, Elena had been supressing feelings of rage and self-loathing after suffering a violent rape at the tender age of thirteen. By 17, her sense of self was so warped by a desperate need for perfection and control that she would sooner cut off her hand before consuming a meal’s worth of calories. The effects of near-starvation damaged Elena’s heart, and the Summer from Hell began with a medevac flight from Germany to a hospital in the United States.

Clare traveled with Elena from hospital to hospital, clinic to clinic, clinging to the hope that her daughter would recover. Hope and Other Luxuries is the story of their experience, told from the honest and contemplative perspective of the mother of an anorexic. The journey was harrowing and exhausting, heart wrenching, and revealing, yet throughout it all, Clare—not surprisingly—provided her daughter with all the comfort, support, and love she had within her to give.

Clare B. Dunkle is an award-winning author of seven acclaimed fantasy and science fiction novels. Hope and Other Luxuries was co-published with Elena Vanishing, a memoir of the same time period told through Elena’s perspective.

If you want to learn more about Clare’s struggle, click here to read my interview with author Clare B. Dunkle.