I’m not much of a Hollywood Star gazer, but I have to say that I kind of love Jennifer Garner. My admiration of her has nothing to do with her acting ability (although I hear that she’s quite talented), and everything to do with what I’ve witnessed of her mothering. I can’t count how many pictures I’ve seen of her playing with her kids at the park, decked out in mom jeans and dimples. Her husband, Ben Affleck, has publically praised the natural ability and patience Jennifer has for raising their children. She makes it look so easy.

Jennifer stated this past year that “[e]very day is an opportunity to get it wrong as a mom. And it’s so painful when you realize you did.” I can’t tell you how relieved I was to hear her admit this. I think my first thought was something along the lines of, “Well thank the good lord almighty that even Jennifer Garner makes parenting mistakes.” Now I’m not saying that I’m happy that she makes mistakes; I’m simply stating that I’m thrilled that I’m not the only mom who does. 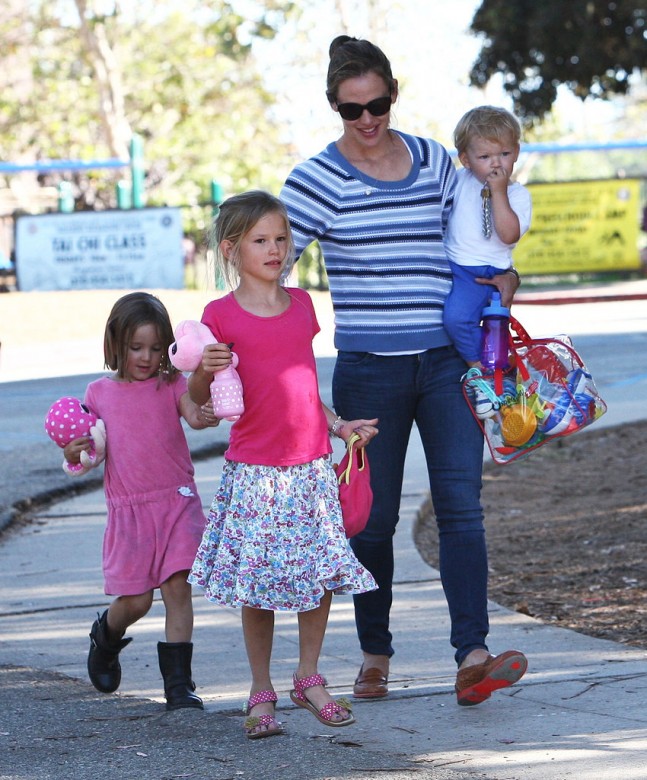 Because sometimes, when I’m standing in the playground of my daughter’s school and observing all the other mothers waiting to pick up their children, I am overcome with feelings of inadequacy. The other mothers (inevitably dressed in expensive workout gear and clutching Starbucks cups), group together and chat about motherhood while I stand there in a semi-shocked state trying to figure out how the heck I woke up as someone’s wife, as someone’s mother, and in my forties.

I distinctly remember the day my husband and I brought our newborn daughter home from the hospital. I couldn’t wrap my head around the fact that the nurses were allowing me to walk out the door with a human being. What was I going to do with it? I had no clue how to be a mother. Were they really trusting me to take this tiny, wailing, needy thing home? Apparently so.

In the long run, we mothers do the best we can. We doubt ourselves, we curse silently, and we make mistakes. I’m sure that even the other mothers in my daughter’s playground have niggling thoughts of uncertainty. Maybe.

But ultimately, we all would do anything for our children, which is why the mothers, in Liane Moriarty’s book Big Little Lies, are so nuts. 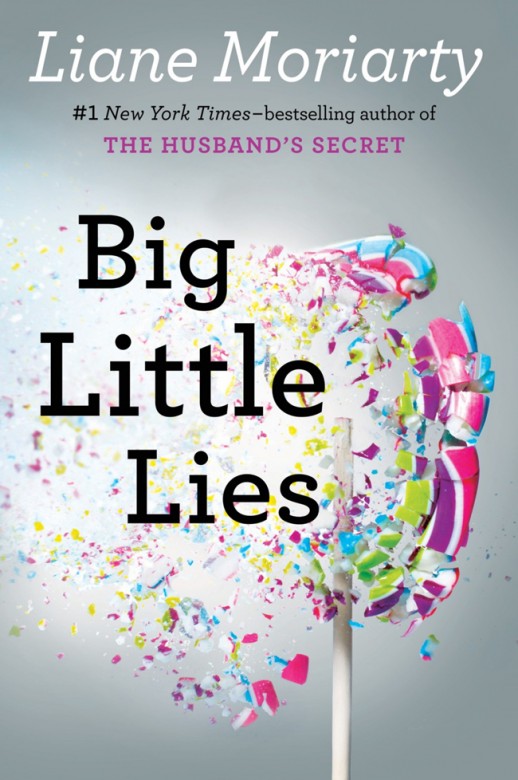 Jane Chapman, the young, single mom of Ziggy, has no idea what she’s gotten herself in to when she enrolls her son in the neighborhood kindergarten. New to town, Jane has yet to meet the various groups that make up the school’s demographics: the working vs. stay-at-home moms, the Blonde Bobs of the PTA, the obscenely rich, and the obsessively insecure.

A simple fluke puts Jane front and center of the action, a place she has no desire to be. School hasn’t even started yet and Jane and Ziggy are already the talk of the playground. Sides are taken, threats are delivered, petitions are signed. The helicopter parents zoom in.

And then someone spikes the punch at the school-sponsored Trivia Night. Whoops.

You think children behave badly? You should see their parents.

There is no one story in Big Little Lies. Everyone has their own version of the events, and everyone has a secret they’re desperate to keep. It’s up to the cops to discover the truth, while you, dear reader, go along for the ride.

Liane Moriarty is the bestselling author of The Husband’s Secret. Big Little Lies is her sixth book. Putman, 2014.