You are here: Home / Parenting / Humour / Why My Kid Is My Life Coach

Some people go to great lengths to find a life coach: someone who really understands and can help focus them to achieve their goals. I feel like I’m at a crossroad in my life and I was thinking I could use some coaching. What I realized was that I really don’t need to look any further than my own living room. My son is a perfect life coach for a lot of reasons.

1. He’s good at making friends. Five minutes with a sharpie, a marker and some styrofoam and he made this friend. His new best friend, apparently. He wouldn’t let me take a picture until his friend had underwear coloured on him, which seems like a good rule. Friends make sure your dignity is intact before someone takes your picture. They build you up (in this case, literally). 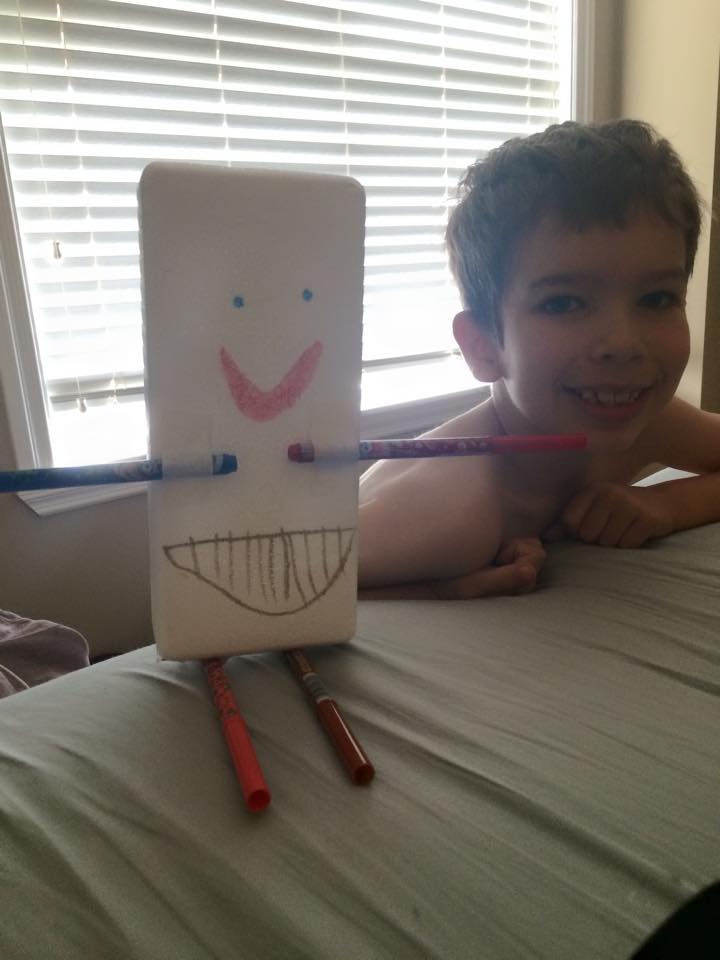 2. He models self-advocacy. With every situation he is presented, he negotiates to ensure there is something in it for him. He doesn’t feel guilty asking for what he desires. He’s confident and charismatic as he sweet talks a pack of gum in exchange for his silence at the grocery store. He knows what he wants and he goes for it, without hesitation. He dreams big and gives a long list of what he is looking for, knowing full well he might only get part of it.

3. He colours outside the lines. He isn’t needlessly constrained by other people’s preconceptions. He’s creative. We all need the freedom to colour outside the lines sometimes, and he does it without any worry of consequences. He’s a rebel with a set of scented markers and he’s out to beautify the world.

4. He’s a master fort maker. He takes elements of his environment to create a safe space to pursue his interests. That’s exactly what people trying to change their destiny do and he does it every day. Granted, it usually involves folding chairs, stools and a comforter, but it’s the same idea. I watch him as he assesses his available resources, his wants and needs and brings it all together to create a situation that works for him. I need to do this. 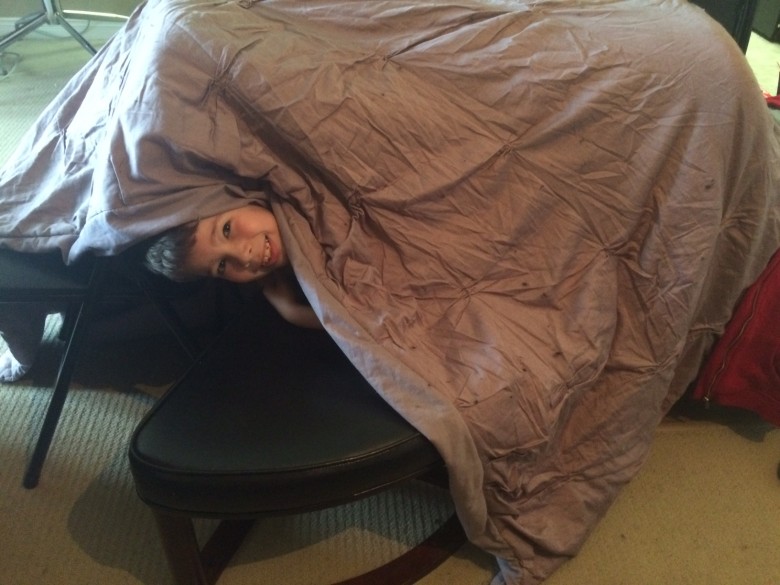 I don’t need to look for a life coach with my son around. I’ve got everything I need in him. Armed with set of scented markers, some furniture and a comforter, we could take over the world together and get the coveted pack of gum.

What have your kids taught you about life?