You are here: Home / Parenting / Infants & Toddlers / This Dad Has Been Labelled A Child Pornographer

Social media, it can be a real b***h. You post something to the web, it is sent out into the world and you have no way to know how it will be interpreted, distorted or exploited.

Wyatt Neumann experienced this first hand after photos he posted of his two-year-old daughter had the internet screaming foul.

Earlier this year, Neumann and his daughter Stella went on a road trip across the United States. Neumann, a photographer by trade, documented every moment of the trip (as most parents would do).

Neumann had bought a car and decided to take Stella along with him as he drove it back to New York. “We just decided what to do in the moment,” Neumann says. “So that sort of freedom really allowed us to stop and shoot and take pictures and go for walks and a hike and play by a stream.” Sometimes Stella took her dress off and enjoyed a luxury that is relegated to kids, playing in the nude. 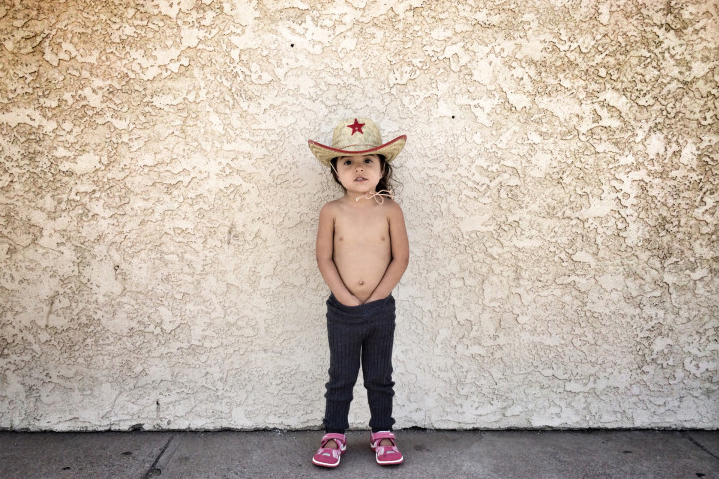 Stella jumping on a hotel bed, wearing just her underwear on the street, looking into the camera with her hands in the waistband of her pants. Neumann posted his favourite pictures to his Instagram; the reaction was vehement and instant.

Instagram shut down his account overnight. People labeled Neumann a pervert, sicko, a piece of sh*t. They accused him of exploiting his daughter.

“I write what’s happening,” Neumann explains. “When she was on the bed in the hotel naked I said, ‘When daddy has to do work, what’s a little girl to do? Get nudie and jump on the bed obviously.’ So it’s very clear what’s going on. It’s not like some mysterious naked kid in a hotel room.”

The reaction upset Neumann, not because his Instagram account had been disabled, but because he felt that the world was putting this sexualisation onto his two-year-old. “That’s what really bothered me. That they would look at my children and see not only something sexualized from my perspective but even that [Stella] would have a hyper-sexualized behaviour… They come at it with this darkness that doesn’t need to be there.”

In response he created a gallery show titled “I Feel Sorry for Your Children: The Sexualization of Innocence in America”. 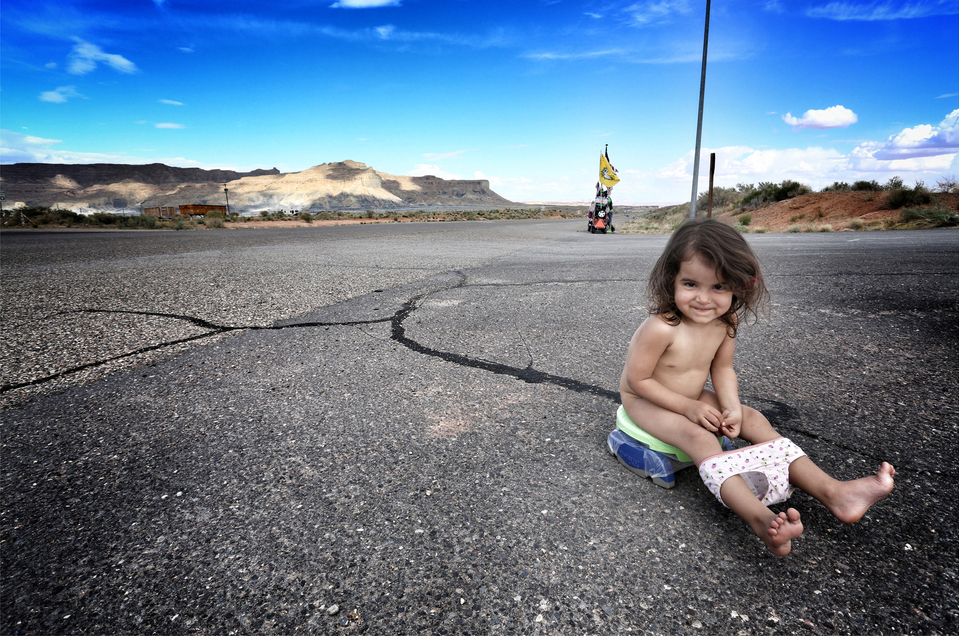 “My purpose with the show was to take those two… you know to physically present both sides of that discussion. My photography with what I say across from comments from these people.”

The controversy surrounding what some see as pornography and what others see as a beautiful images and Neumann’s resulting gallery show highlight an issue that parents clearly struggle with: when do our children cross that imaginary line of innocence? I don’t have the answer, but I definitely don’t think it is at two.

I call it an imaginary line, because it is. We each choose where to draw that line in our minds. As Neuman says, “we can choose to see things in any sort of way. That comes from us.”

Wouldn’t it be nice to live in a world where a photo of a child was that, and only that? Where we could share photos of our kids to social media without worrying about the consequences? I don’t think we are there yet, and have my doubts as to whether we will ever reach this point, but I think Neumann’s photos and the resulting controversy at least bring this important issue to light.

What do you think? Do these photos cross a line? Or is the only problem that Neumann chose to share them online?