You are here: Home / Parenting / These Kids’ TV Shows Don’t Swear Or Use Violence—But They’re Banned

“STOP TALKING LIKE YOU’RE IN A VIDEO” is a common command in my house and it usually occurs after she’s spent too long on her iPad or in front of the television. If you’re familiar with the term “valley girl” you’ll know what I’m talking about: lots of “like”, clicking of the tongue, upward inflections and what I can only assume is a deliberate attempt to sound stupid.

As a result, we are dialing back or completely eliminating some of the worst offenders and reminding our kids “it’s not just what you say but how you say it.”

I used to think I had to be on the look out for any content with too much sex, violence, and bad language (ie. anything I’d binge-watch once the kids are in bed). I thought as long as they weren’t watching Game of Thrones or Fifty Shades of Grey everything was fine. But many so-called “kids” shows can be almost as inappropriate.

As the mother of a seven and ten-year old girl, my hot button, no-go zone includes anything with excessive attitude and girls acting stupid and helpless, especially in front of boys. Unfortunately for my youngest, who bleeds pink, Barbie has a lock on the latter category. I thought Barbie’s movies and her Netflix series Life in the Dreamhouse were just harmless fluff until I started raising girls.

And being as ubiquitous as she is, Barbie has somehow convinced multiple generations that she’s the gold standard for female behavior. How can Barbie be “bad” or “wrong” if we see her dolls, toys, shows and branded products everywhere and if all my friends are playing with her?

I don’t expect my kids to watch 60 Minutes every night but I’m getting increasingly aggravated by the fact that shows like Barbie and Monster High aren’t teaching my girls anything I want them to learn. They are, however, teaching them how important it is to have good hair, flawless makeup, the right clothes and a boyfriend. And don’t even get me started on the opinions about school (great for socializing and performing!) and math (hard!). If these shows are mimicking what really goes on in high school, I’m going to seriously consider home schooling. 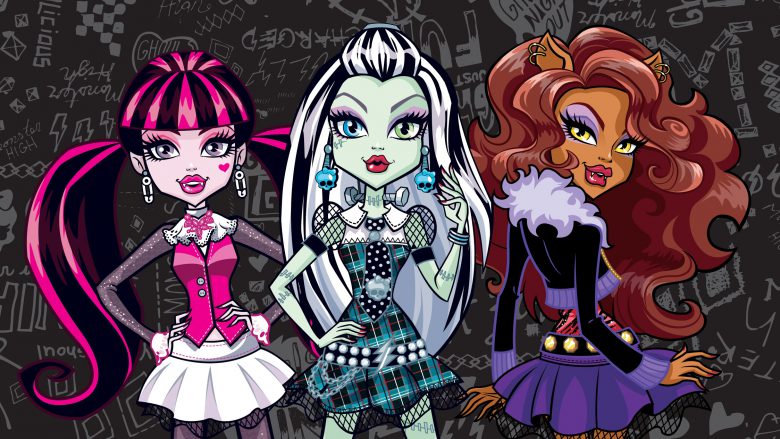 Even worse are the live shows featuring kids firing off snappy one-liners to their friends and parents with a built-in laugh track for validation. Excuse me for being ancient, but the lack of respect for authority and the vapid nothingness makes my heart hurt. To quote Scar in The Lion King, I weep for the future

I don’t expect television to teach my kids values and respect and but when they start mimicking behavior that will land them in a heap of trouble with their parents and teachers, I need to pounce on that teachable moment like a cat on a mouse.

To get these shows off our roster I’m going to prepare my argument like I’m pleading for the life of a death row inmate: gather the facts, prepare, then passionately plead my case before the tiny judges who live in my house. Giving in to the “because I said so” temptation won’t do because explaining why something is off-limits allows me to give concrete examples of the behaviour I don’t approve of.  Pointing to a television show, or a moment in the show, and saying “I don’t like this because…” can help kids overcome the feeling that their parent’s rules are arbitrary. Telling them “here’s what I don’t like and why” can provide context for your rules and expectations.

When I was a teenager, the sitcom Roseanne was banned in our house because my mom didn’t like the sarcasm. It was a popular show at the time and I didn’t understand why all my friends were allowed to watch it and I wasn’t. I thought my mom was overreacting and being too sensitive, so I would roll my eyes and stomp out of the room whenever she told me to change the channel. But when I did manage to watch it, while home alone or at friend’s house, I couldn’t help but see it through her eyes. Having this show “banned” in our house actually taught me something about how my parents’ expected me to behave and treat others.

Now I’m particularly sensitive to content that puts other people down, demonstrates a lack of manners or respect, or glorifies situations where kids fail to understand the consequences of their actions. Excessive use of “dumb,” “stupid” or “loser” is a guaranteed path to elimination in our house.

For little littles, parents might be turned off by behaviour that teaches kids to pout, cry or whine to get their way (I’m looking at you Caillou), or to be mean and dismissive to their siblings (ahem, Max and Ruby). Depending on their age, kids may not yet understand that television isn’t truth, that situations can be dramatized for “comedic” effect.

For most of us it comes down to character and behaviour, and every family will have to decide for itself what is acceptable or unacceptable, and consistent or inconsistent with their values.