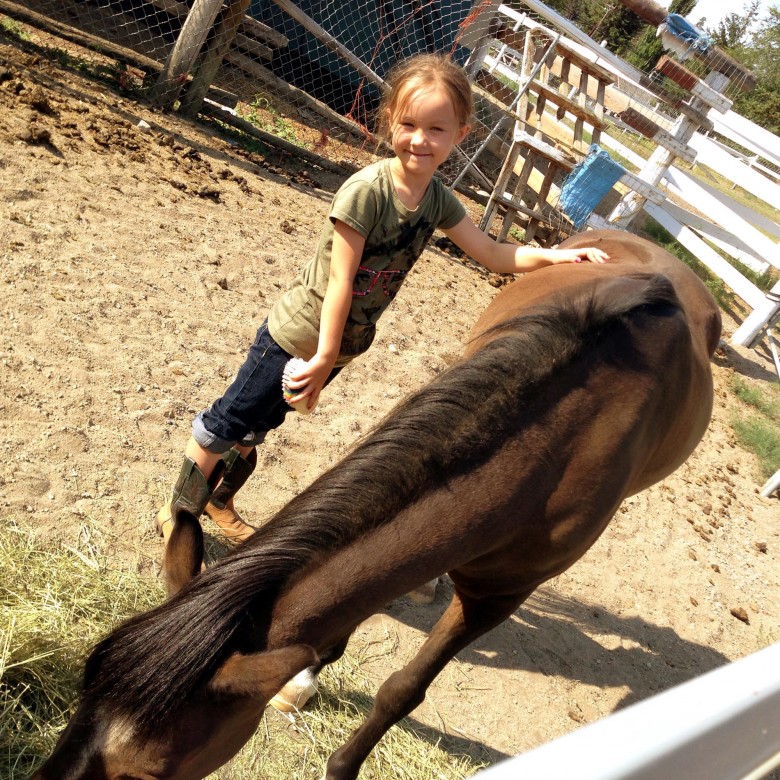 Anyone who knows my middle daughter, Karenna, knows that she loves horses. The equestrian passion was ignited for her when she was three years old and watched the movie “Spirit” about a wild stallion. She went on to watch it daily for the next few months and whenever we would see a real horse in our town, she would beg for me to pull over so she could see it up close and neigh at it. Horse fever, man! She had it bad.

This was such a new concept for me. I know lots of girls love horses but I kind of just thought they were a whole lot of work and money and also they smelled like poop. Slowly, though, I came to see horses through her eyes and my own city slicker perspective was replaced with a similar child-like wonder at the beauty of these creatures. They are so majestic and lovely. (I still think they smell like poop, though.)

She started taking lessons from a dear friend of mine and the passion has continued to blossom in Karenna’s little horsey heart. She loves brushing the pony, riding her, she even whistles while she works when she mucks out the stall. (See? POOP.) 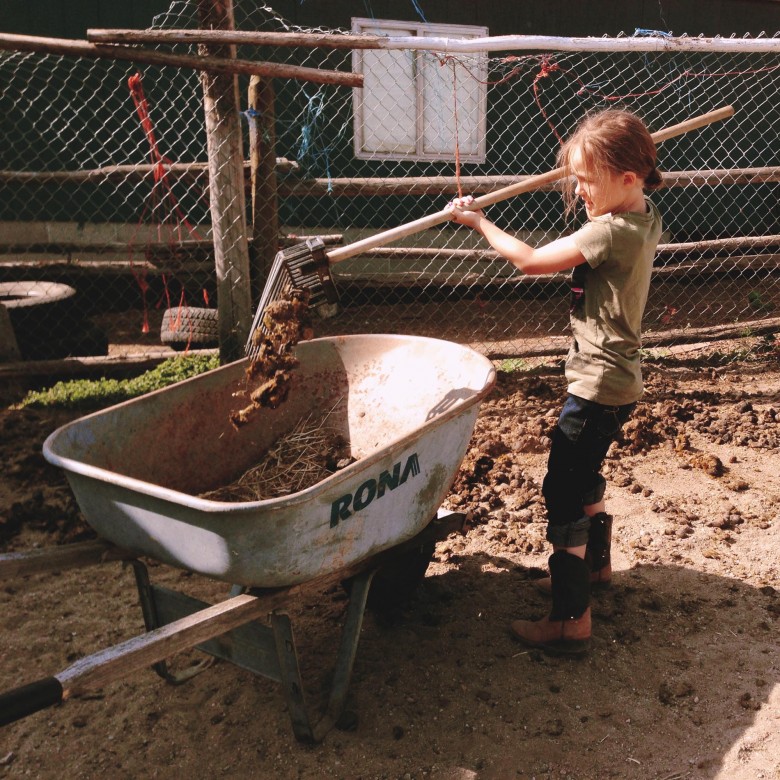 Not surprisingly, Karenna has been asking for her own horse. We are torn.

The list of pros and cons is one we have weighed out many times, and I am intimidated by the cost, the responsibility, the risk of my kid getting injured, etc. I know NOTHING about horses so the thought of owning one freaks me out a bit.

That being said, I see the delight and the empathy and responsibility that caring for a horse can give to a child and I think, hmmm… maybe we will just go for it and take the plunge and get her a horse. 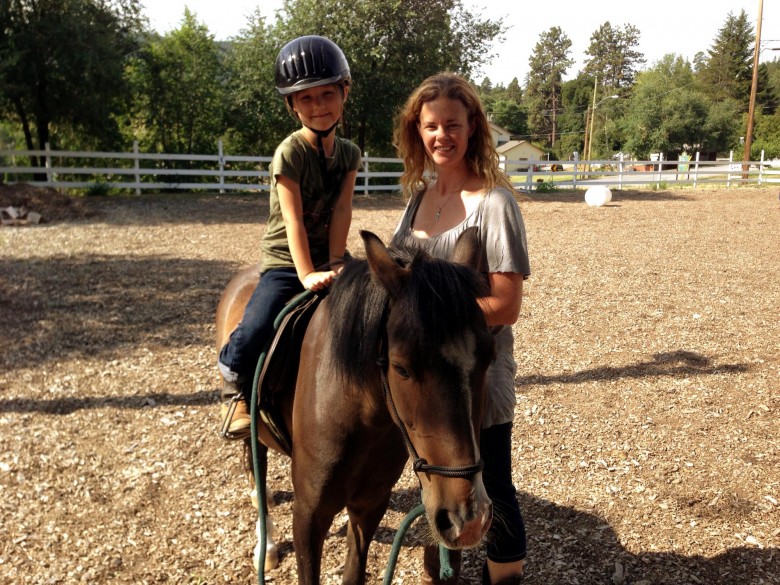 Any horse lovers out there who had a pony as a child? Was it the best thing ever?

“Stop making that noise, it makes me want to throw squirrels.” The sound of crackling plastic was driving my husband to the point of rodent … END_OF_DOCUMENT_TOKEN_TO_BE_REPLACED

Summer used to be magical. The hot weather, the outdoor adventures, the complete and total lack of responsibility. School was over for the year and … END_OF_DOCUMENT_TOKEN_TO_BE_REPLACED