You are here: Home / Parenting / Kids / Get Outside Kid! 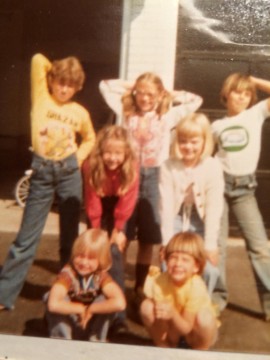 So the Free Range parenting thing is back in the news today. The same kids in the States got picked up again because their parents let them go to a park alone. A ten-year old and his six-year old sibling. I’m of two minds on this one. I get that the law in that state says you have to be 13. But I also think this should be a parental choice. I know 8 year-olds that could be trusted with that responsibility and 15 year-olds who can’t.

We’re starting to ease into it with the kids near us. This spring, we’ve started to give them a little bit of independence. They aren’t biking past the strip joint at the end of the street solo and hitting up the McDs but  now Will, and the five kids who live in the two homes on either side of us, play outside between our houses unsupervised!

We never discussed it, it just seemed to happen. It works because two of the kids are a couple of years older and they aren’t exactly a quiet bunch. I open a window at the front and back of the house and I can hear it all.  The yelling, the arguing, the happy squeals and the cries. They even have their version of ‘my mother and your mother were hanging  up the clothes’! (Remember that? How unPC!) He is in heaven. I think it’s a combo of the weather and time with his buddies. And most of all, the independence.

It’s flooding me with memories of my own childhood, of playing outside until the street lights came on. I’m so happy for him that we are surrounded by such awesome kids. They can race back and forth between the yards, undoubtedly grab a snack from one of the houses, and build an arsenal of memories. He can also do this right at home…close to the bathroom. Because my memories also include a doomed game of sardines. A great hiding place in the Pamenter’s bushes. And a desire to not give up my spot even when my bowels told me this was a bad idea.

He’s not the only one enjoying this. Free time. FREE TIME. I can read. I can ‘nap’. I can watch tv. I can cook dinner after we get home from our days knowing he’s outside wearing himself out rather than sitting in front of the iPad playing Minecraft. I wonder how much my mother relished this when I was finally able to go at it alone. Four kids and many years of direct supervision. I hope she smiled as much as I have lately.

But it also feels bittersweet. 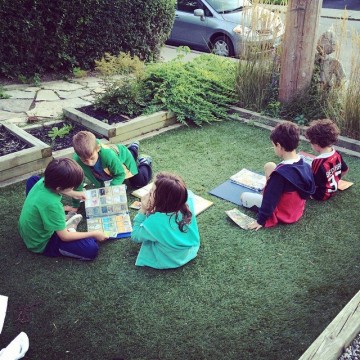 How did we get here? He’s playing outside alone. Next he’ll be walking home alone from school. High school? Dating? Drinking in the park? University?

Okay, maybe this isn’t the best thing after all!

How do you deal with your kids spreading their wings?