I grew up knowing that “sharing is caring”. All through my school years, I let people borrow pens and books and other stuff that I never got back. If my older brother wanted a bite of my ice cream, I let him have one because mom said it was the nice thing to do (though I’m still salty I had to share my ice cream).

Point is, I really thought that sharing made me a nicer person.

When you see kids sharing toys between themselves, you think how cute and polite they are. But a new movement in the parenting world is discouraging parents from teaching their kids to share because sharing doesn’t teach the right lessons.

“Forcing children to share doesn’t teach the lessons we want them to learn,” said Laura Markham, the founding editor of Aha! Parenting, in an interview with Popsugar. “We don’t want our kids to feel they should interrupt what they’re working on to ‘give’ something to another child just because the other child asks.” 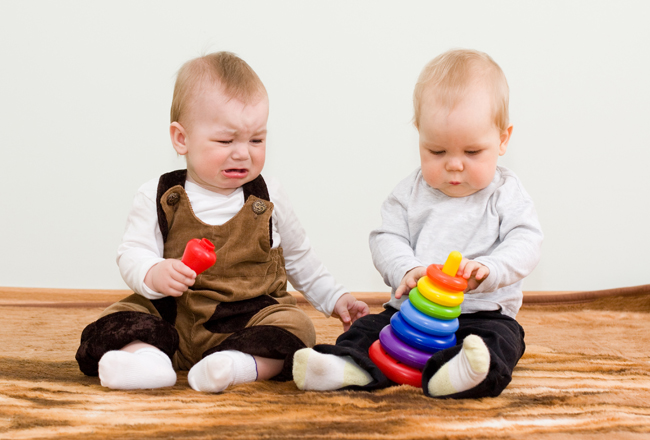 According to Markham, forced sharing teaches children things like if they cry loud enough, they’ll get what they want or that siblings are bad because they’re in constant competition against one another to play with the same toy or get the same attention. Markham also believes that forced sharing could make children greedy.

Instead, Markham thinks that children should be taught to realize when others are using something they want, control their urge to grab toys from other children and use their words to work out arrangements between others for use of toys and other objects. This way, children are advocating themselves by stating what they want.

“I encourage self-regulated turns, where the child decides how long to use the toy so she can fully enjoy it, and then can give it up to the other child with an open heart,” said Markham.

Markham believes that this tactic help the child feel satisfied, as they decide when they are done with the toy, and when they wholeheartedly give the toy to the next child, they feel like a good and generous person. Overall, the child will learn that crying does not mean they get everything they want and will build positive relationships between siblings when they share toys amongst themselves. They will also learn patience as they wait for other children to finish with the toy they want and that waiting for your turn is important.