You are here: Home / Parenting / Moody Adolescent Or Depressed Teen? Looking For The Signs

Over the past couple of months, the media has rampantly reported on a recent court case in the US regarding a young man that committed suicide at the urging of his girlfriend. She was found guilty for convincing him to carry out his suicide plan via a series of text messages. While this young man was already severely depressed, the young woman who he called his girlfriend—because the only time they truly spent together was online—also had a history of depression. This case ended up in tragedy for two families, as the young man died, and the young woman was convicted of involuntary manslaughter.

In this case, his family was aware of his depressive state and did interventions, counselling and everything they thought that they could to help him. However, in the social media-rich world we are living in today, where every move we make is magnified, this man and his girlfriend both felt pressures of being under the social media microscope. The young man recorded a series of heartbreaking Youtube videos documenting his depressive state, and she was portrayed by the prosecution as the girl that wanted social media attention—and to be known as ‘the widowed-girlfriend’. 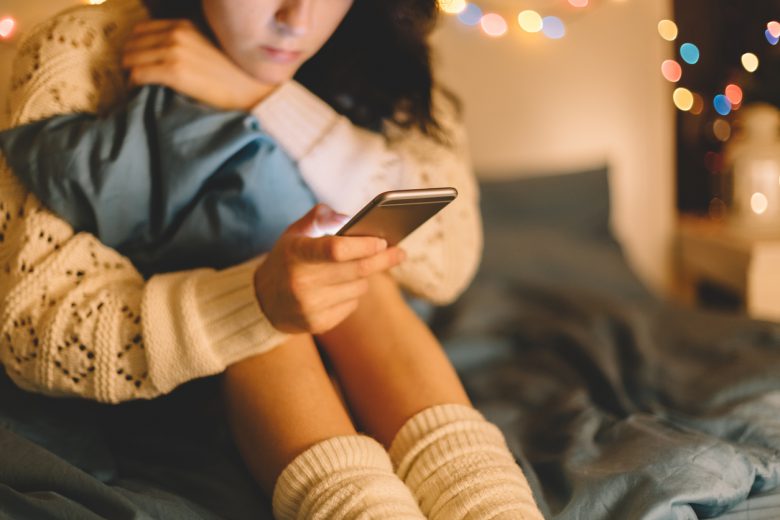 Like any great technological innovations, social media has both great rewards and large downfalls. Even as adults, we consciously post photos and updates of our lives, looking for affirmations through Likes and Follows. For teens, it has become a huge part of the fabric of their social lives—but it can also lead to depressed and moody teens desperate for attention if they aren’t getting the flattery or esteem that they desire. A BluntMoms blogger realized her teen was feeling depressed through a discovery in her online activity, in which she was commenting on social media threads regarding self-destruction and suicide. Luckily, this discovery was a wake-up call that did not end up in tragedy.

How do we decipher if our teens are simply moody and withdrawn, or actually exhibiting signs of depression?

Statistics tell us that between 10 to 15 percent of teenagers have some symptoms of teen depression at any one time. It is not specific to race, gender, social background or academic achievement. So parents of teens need to know that regardless of all that they may be doing for their teens—providing them with warm beds, material things or even just love and support—it doesn’t exclude them from potentially falling into a depressive state. My own daughter experienced a bout of extreme sadness during elementary school, and I only found out when the vice-principal called me at home. I am extremely thankful that they were cautious and took action, but I was embarrassed and ashamed that I didn’t realize what she was going through.

What are the warning signs?

According to the Helpguide.org, some of the signs to watch for include:

While every child is bound to feel anxious at some point in their teenage years, the inability to bounce back after a stressful event (an exam, sports game etc) could be a sign that they’re experiencing depression. Likewise, a lack of interests or hobbies can be an indicator of deeper problems. Though it’s common for teenagers to grow out of things and stop participating in certain activities, a failure to replace it with another interest should also ring alarm bells.

Parents must consider these changes in their behavior as a warning sign, and part of this discovery may be through online monitoring of their social media accounts. 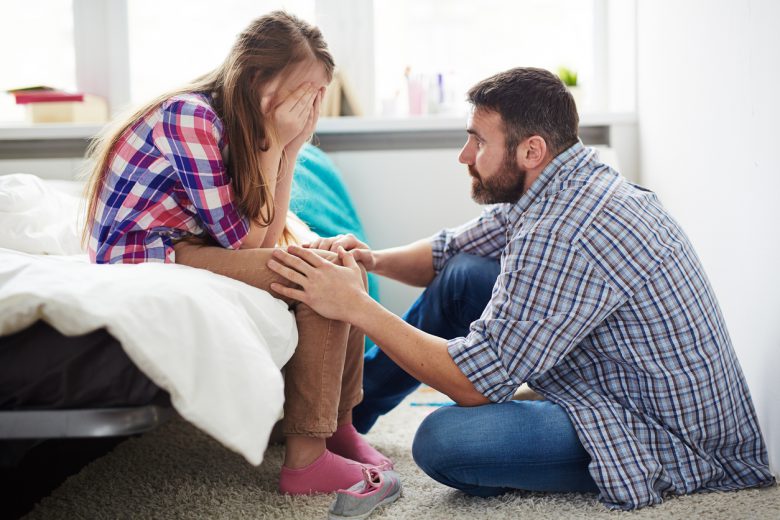 What can we do?

Many parents take the path of least resistance when it comes to social media because quite simply, they don’t understand how it works or don’t have the time or inclination to monitor it. One thing that all parents must take ownership of is their child’s online activity. It could save their lives, and is probably the biggest indicator of problems ahead.

Don’t make this about you

Communicating with a potentially depressed teen is not a simple or straightforward task. When my pre-teen daughter was exhibiting signs of depression and I found out through the school, the first thing I felt like doing was yelling at her. I was angry that she didn’t tell me, and like many moms, I was ashamed that ‘it looked’ like I wasn’t an involved parent. However, once I took the focus off of myself and simply listened to her, I was able to get to help her get to the root of the problem.

Listen to your teen without judgment

As adults, sometimes teen or pre-teen issues seem trivial to us. However, to our kids, they feel monumental. Experts say that listening to your teen, acknowledging them without judgment and being gentle yet persistent is the best way to open up the lines of communication.

Engage them in hobbies

Helping your kids to stay physically active, involved in the community and serving others is another way to combat the potential dangers of loneliness, isolatio—and that dreaded social media rabbit-hole.

With the best will in the world, sometimes talking with your teen just isn’t enough. Seek out medical help and speak to professionals who are equipped to care for your kid. Try to normalize therapy as, like adults, many teens may be afraid of the stigma of mental health. Teach them that lots of people experience depression and that with the right course of action, things will start to look a whole lot brighter.

If you have more questions, contact your local doctor or check out these resources: