You are here: Home / Parenting / Humour / Make Naptime Great Again: If My Son Were President

We have been watching a lot of American election coverage, mostly because we don’t live under a rock and it’s pretty much unavoidable. After what seemed like an eternity of listening to political speeches, I decided to ask my child what platform he would run on if he were running for president. He’s a fountain of ideas and quite the politician already. He’s a charmer; shaking hands and kissing babies wherever he goes.

He took the time to explain to me his campaign promises:

Unlimited Toys For All

No child should be unreasonably refused a trip to the local toy store. There’s no such thing as “too many toys,” toys that are “too loud,” or even toys specifically for boys or girls.

The Right to Bear and (Bare) Arms

There’s nothing better than a water gun in the summer to squirt unsuspecting parents with. There’s nothing more fun in the winter than running around the house with a Nerf gun. Also, children should have the right to wear tank tops even if Mommy suspects it might rain later and longer sleeves are advisable. It’s called natural consequences, people!

There’s nothing worse than being coaxed to go to bed when it’s still light out. Worse still: unsolicited naps. Hey ho, we won’t go (to bed), he declares defiantly. No rest for the wicked—or the under 12 crowd, apparently! 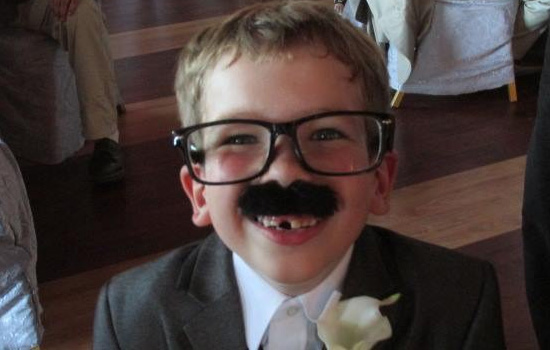 A vote for Liam is a vote for later bedtimes!

Equal pay for equal work is important to him. Really, any pay for any work would be appreciated. Usually we buy him a treat at the grocery store, but lately, we have been ordering online and the disparity has not gone unnoticed. He learned quickly picking out “one thing” could easily become “one family pack” of candy bars.

He would like his first major vacation to be in Ireland, but generally, he wants more family time. He wants road trips, plane trips, and train trips. He wants Star Wars luggage, never ending juice boxes, and the open road.

Liam enjoys his “nightly carry”—his piggyback ride to bed. He would like to see this service continue and perhaps be expanded so other children can enjoy the service level he does.

My son advocates for lighter consequences for disciplinary infractions. He likes to take “the stuffy approach,” or a “soft on crime” approach. Whether it’s a time out or a time in, he wants less hard time and more soft time.

It might be a while before my son holds public office, but his proposed platform was certainly entertaining. He might not have my vote for President, but he’s first in line for my heart.