You are here: Home / Parenting / Family / No Child For Sale.

I met a family, two sisters who had made homes on a piece of land they don’t own and who raise their children beside fields of sugar cane. The home looked as though it had been assembled over time, like the families had added wood, metal and chicken wire when they were able and though it was obvious they lived in poverty, there was a carefulness about their surroundings. One of the women grew flowers in discarded snack packaging – she would sell them at the market in town when they were ready. A garden separated their home from the road and the sugar cane, and it was well tended-to; no weeds grew wild around their pink and orange flowers, and each plant had been placed deliberately and precisely. 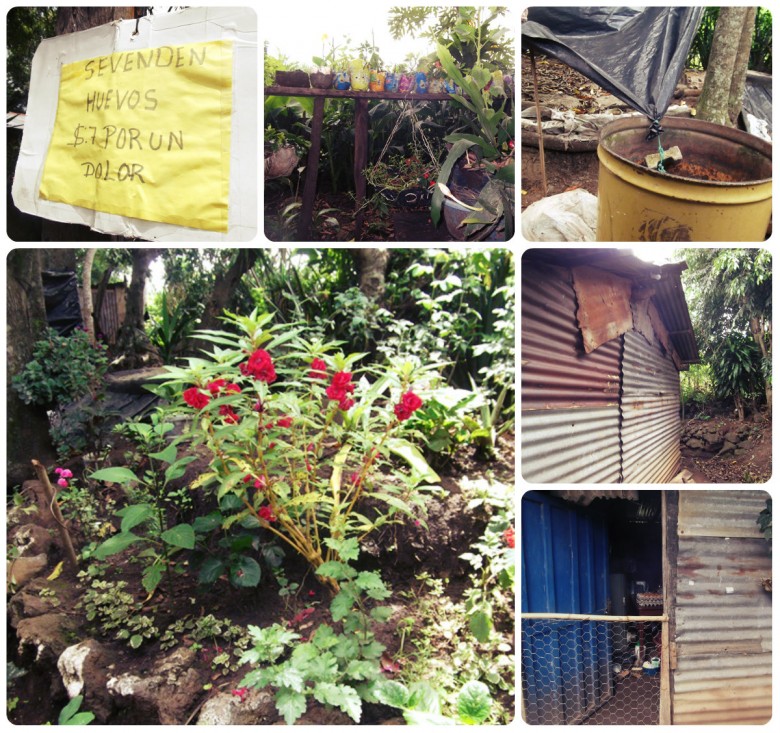 The road beside their small patch of land was just wide enough for a single car. During the harvest season, those fields of sugar cane would be set ablaze in order to make the sugar easier to harvest. Can you imagine? Less than 25 feet will separate that family’s bedrooms from sugar on fire.

When we allow children to be exploited, we allow poverty to erode families, communities, and countries.

Sometimes children at work will find themselves trapped in the fields when the fires start; a gust of wind and the fire spreads quickly and uncontrolled.

The children we met at the home by the sugar plantation are children who go to work. Fifteen years old, they were in the fifth grade; while their education was theirs free of charge, time in school is time not spent earning income. On average, a child who works contributes about 12 per cent of a family’s income; 14.3 per cent of child workers work more than 49 hours per week. Their parents have on average 3.4 years of education.

In El Salvador in 2011, 188,343 children between the ages of 5 and 17 worked to support their families; 70 per cent of these kids were boys. They primarily work in agriculture, in the farming and harvest of corn, coffee, cacao and sugar or in fishing.

Globally, 215,000,000 children go to work. Of these, 53 per cent work in dirty, dangerous and/or degrading jobs; agriculture is the leading industry.

Dirty, dangerous and degrading (3D) jobs are the worst forms of child labour. 3D work robs children of their health, opportunities for education, personal liberty, and dignity; it can be anything from sex work to domestic labour to harvesting food to mining minerals, metals and precious stones. Kids are sent to work because they are poor, and they stay poor because they are never able to break the poverty cycle – they can’t go to school, they fall into ill health, or war or a natural disaster throws them into further turmoil. They are injured, abused and violated.

They are kids, and they are slaves.

Often, the families who send these kids to work don’t know what their children are doing; they are lied to or made to feel that they have no choice but to send their children to work. These are not people who have a lot of options. They are already doing everything they can to support their families.

World Vision’s No Child For Sale campaign aims to eradicate the worst forms of child labour by encouraging Canadians to leverage the power of their networks, their MPs, and their dollars. Use Facebook as a social soapbox and spread the word about child slavery. Tweet #nochildforsale. Petition your MP and MLA and tell them why ending child slavery matters – here’s a list of MPs with their contact info. Shop responsibly. Sponsor a child.

They are kids, and they are slaves.

This is not just a third-world issue. When we allow children to be exploited, we allow poverty to erode families, communities, and countries.

We are all tending a garden, and we must be more deliberate in our actions, and more precise.