You are here: Home / Life / Women Would Be Happier If 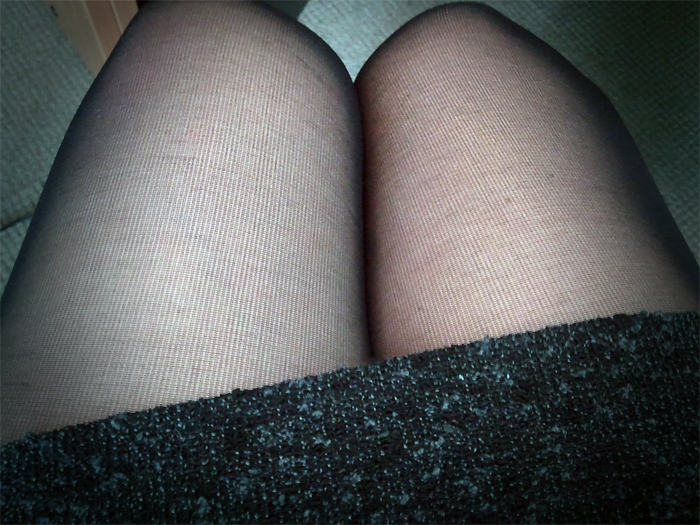 I am dressed as if I am pretending to be a business man. Obviously.

Fill in the blank! But not too creative with your answers because everyone knows women only want to stay home and raise children because working makes them super unhappy.

This morning as I was sipping the latte I bought with an adult colleague, I happened upon The Raw Story’s piece on Gavin McInnes, the founder of Montreal-based Vice. McInnes laments the unfortunate evolution of women in the work-force – we’re all so unhappy! We should be at home makin’ babies and shutting the hell up.

You know what makes me happy? Not getting evicted because my job means I can pay my rent each month.

Feminism is awesome; it has made it so I could do cool stuff like go to university and vote.

You know what makes me unhappy? How much it costs to send my kid to daycare so I can go to work and make the money I need to not be homeless. Also, insufferable hipster douchebags, but that’s kind of a given.

I like my job. I find managing projects and solving problems and reading Buzzfeed lists on my lunch break tremendously fulfilling, and while my little moppet sure is charming, I am not fulfilled by responding to his every whim and fancy. You can pay people for that! People even go to school for it.

I am less happy because it is 2013 and misogyny – and rape culture, and slut-shaming, and mansplainers – is still a thing we’re dealing with.

McInnes claimed that “men are the majority of breadwinners in the Western world,” and that “women are forced to pretend to be men. They’re feigning this toughness. They’re miserable. Study after study has shown that feminism has made women less happy. They’re not happy in the work force, for the most part.”

Um, if I am pretending to be a man … why the hell am I wearing Spanx? The only thing I’m “feigning,” if anything at all, is that I have the capacity to do everything that’s required of me day in, day out – and that includes having a social life and making meals and occasionally cleaning the bathroom if I remember. I’m not miserable; I’m effing tired. My job is where I go to relax, son. There are trips to Starbucks and adult conversation with people whose interests mirror my own. THANK YOU FEMINISM!

Feminism is awesome; it has made it so I could do cool stuff like go to university and vote. It’s also really helped out as far as allowing my family to keep up with the breathtaking cost of inflation and life on the west coast. I have a job! And a credit card!

“Why are all you wimps complaining that violence is bad, ‘macho’ is bad,” he said. “That’s how we got here. This idea of this beta male being in control is, what, 20 years old? You’re going against 40,000 years of evolution.”

Yes, idiot: violence is bad. “Macho” is a narrow and dated interpretation of masculinity. And evolution is like feminism in that you get a lot of things out of it that you didn’t have before, like flush toilets and the smallpox vaccine and Cheetos. Cultures evolve. Masculinity evolves. Hopefully we’ll get to a point where women are not still considered property in so many parts of the world.

As for not having children at all, McInnes says “Seven percent of them, I guess, like not having kids.” That means 93 percent of those of us with uteri are like “ZOMG! KIDS!” and I can vouch for the fact that’s not the case. Women are complex individuals! They are not all interested in the same thing! It’s almost like they’re people.