I have a special place in my heart for Halloween. Personally, I am all about the homemade, DIY costumes; I love seeing what people more creative and crafty than me come up with!

There has been a lot drama surrounding Halloween costumes in the media this year and it makes me happy that I choose to DIY more often than not. (Not that my handcrafted costumes keep me drama-free: at age 25 I had a woman un-slut shame me and my modest representation of Smurfette.) It is no surprise to anyone that costumes for women are more often than not presented as sexy. We can’t just be nurses, police officers, or even jellyfish; we have to be sexy nurses, sexy police officers, and yes, sexy jellyfish (mind boggling right?). And some women choose to dress in more revealing costumes (and more power to them) but the lack of options of women who don’t want to wear a short skirt are pretty limited. 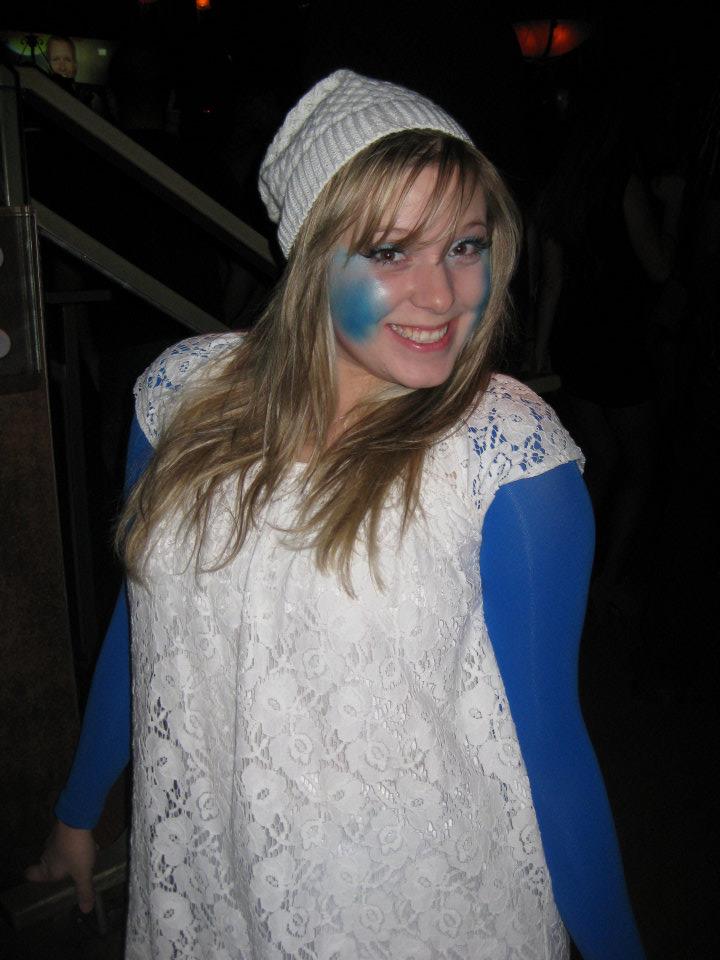 The internet was in uproar this month when the sexualization of women through Halloween costumes spilled over into the kids’ section, especially at Value Village stores.

And now Walmart has added even more fodder to the Halloween flame in a completely different way. Because they are always looking to stand out in one way or another.

The giant retailer has, supposedly by some twisted accident, taken aim at the plus size population with their “Fat Girl Costumes” section. 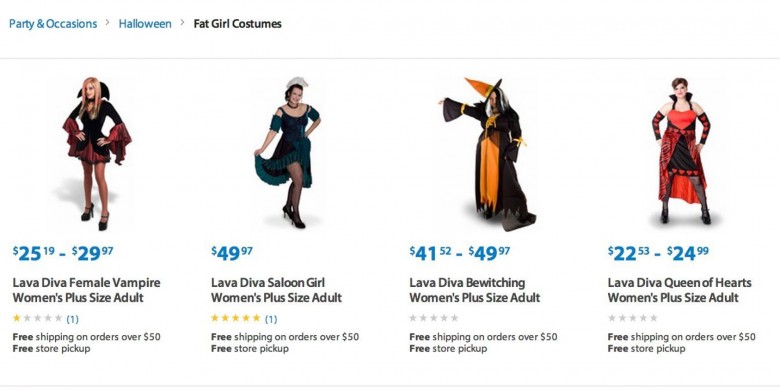 It was 100% an oversight, but my question is why was it EVER labeled with such derogatory terminology? The page was taken down at some point during the afternoon, but really, the damage has already been done.

During the whole debacle, there was also a Women’s Plus Size Adult section that lived on the site as well. So why, why did the Fat Girl Costume section ever exist?

Walmart has apologized and a spokesperson has said that the company is currently investigating the matter. In the meantime, their social media team are frantically responding to the outrage of many on Twitter.

Sigh. I remember when Halloween was all about snowsuits under costumes, scaring your little brother and candy, all that glorious candy. It was about playing dress-up in public and embracing being someone/something different for a day. I truly believe that we should all be able to wear whatever we want for Halloween (and really for the other 364 days of the year) without being shamed for our choices.

But when we are shaming groups of people before they even dress up, for their body types or style, the spirit of Halloween is lost, ruined.

And my inner child, as well as present day me, mourns the loss of her favourite holiday but also, more importantly, the loss of a woman’s right to just be who she wants to be. 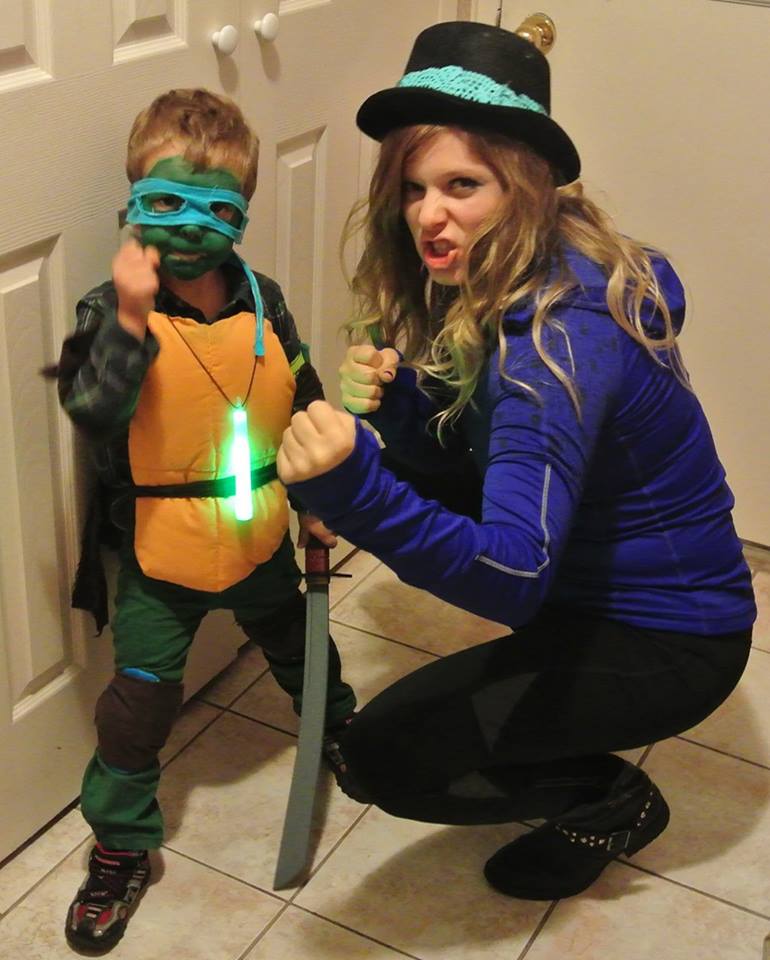 And just because… me with my favourite Ninja Turtle last year