You are here: Home / Life / Holidays / The Makings of a Costume

Getting the whole costume-thing together in time for Halloween is sometimes tricky business. My young daughter is only five, and I know two things for certain – 1) if the costume is decided too early in advance, there will likely be a change of heart within days of the 31st, especially once she finds out what her friends are going as, and b) she will want to wear some kind of dress (like the princess-y kind) and I will always try to put a scary spin on it. Hence, this year’s dead bride. 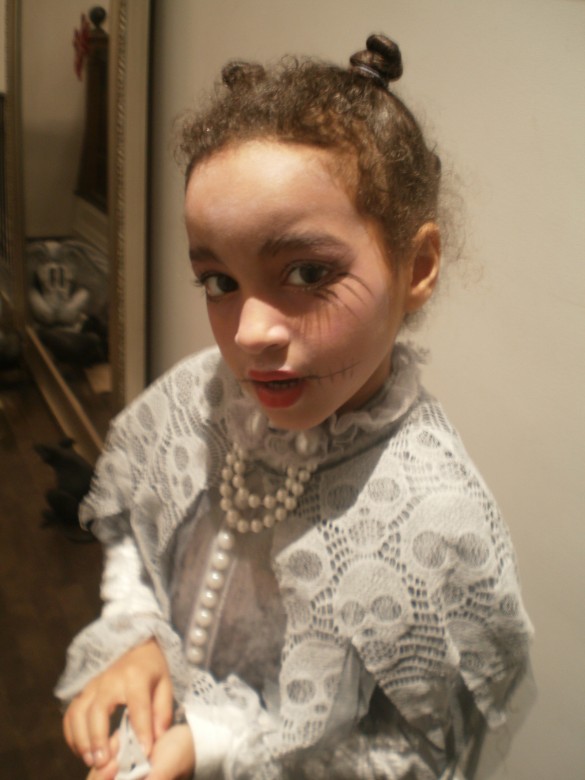 Of course, she also wants to wear plastic fangs and all the glitter I can possibly throw on her, so who knows what she is, exactly. All that matters is the dress with the skull lace all over it, that she chose for it’s velvet bodice and satin under layers. She’ll probably wear it to bed tonight. *shrugs*

My darling boy, on the other hand is becoming less and less Halloween-y as he gets older. He wants nothing to do with carving those icky pumpkins, and the whole idea of costumes seems to give him a rash. He frets about what to wear for weeks leading up the the 31st, and finally with a few days to spare, his shoulders slump, and he just settles on something easy.

In years past, he’s let me put makeup on him, but he never really enjoyed it. (I kind of had to sit on him to do it.) The last time he really let me go to town was when he was about six years old, and even, he only let me do half his face. 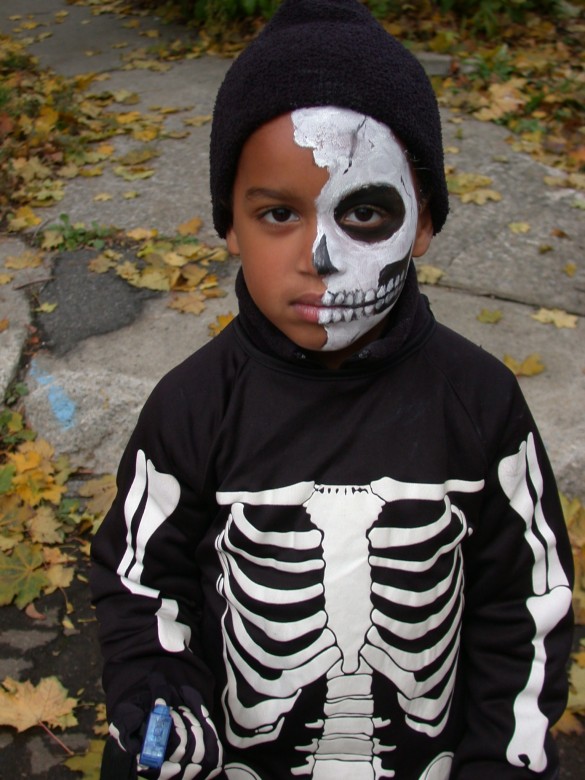 This year, he was going to be a gangster, but he’s settled on a being a tag-artist instead – he want’s to prowl around with his buddies looking like a gang of badasses, but really, he just want’s to be as plain-clothed as possible. Plus NO MAKEUP. 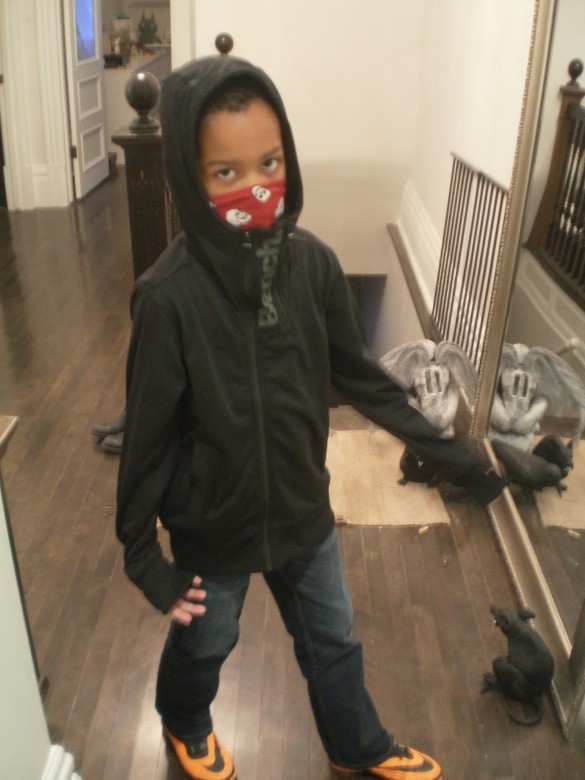 As for me? Well, when my sister was here visiting last weekend, as she was getting dressed for her show later that evening, we cued up some dance music while she primped and preened, and as I got the children and myself all ready for a Halloween-themed birthday party. We played with all the costume items available to us, and we danced. And as we eyed videos, I was struck by an excellent costume idea… my sister and I thought about it and hatched plans and giggled and laughed some more. Could be brilliant. And I had pretty much everything I needed in the house already: 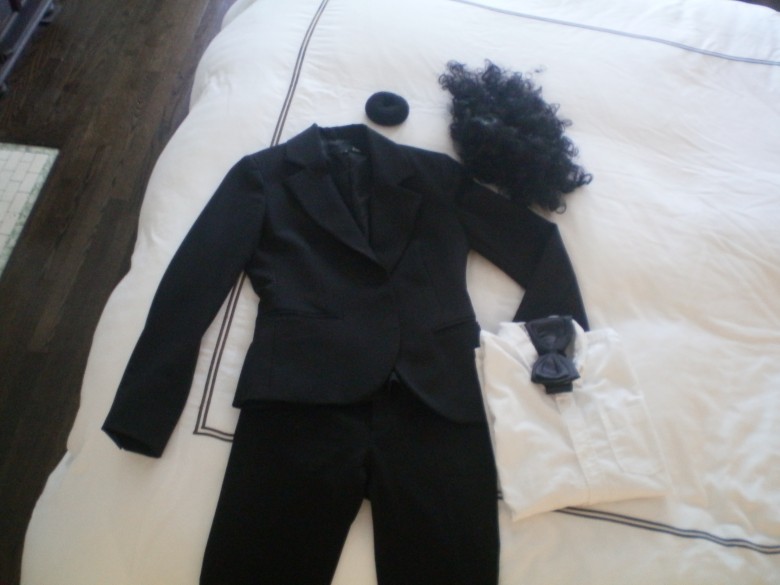 Let’s hope I can get the hair to work right. And I’m going to need some eyelashes…

Are you dressing up this year?