When you visit San Francisco there’s always lots to do but if you looking to get out of the city and check out a hidden gem, Stanford is the place. About an hour and half outside of SF, this university town has more than you would expect including an interesting history.

Within its jurisdiction. the university also owns one of the country’s most attractive malls, the Standford Shopping Centre. When we recently visited we were surprised at it’s legacy. Standford University was endowed by its creators with certain inalienable sites meaning that the unversity could never sell any of the original 6,500 acres. Today, the university holds 8,180 acres.

The shopping centre now owned by Simon Properties (on a 51 year lease and pays rent to Stanford) is considered the “Rodeo Drive” of San Francisco, gleaming with top tier brands in an open concept mall. Walking through the Ralph Lauren entrance was like walking into a billionaire’s home full of lush greenery and over the top palm leaves. A nice refreshing change from the busy streets in San Francisco. 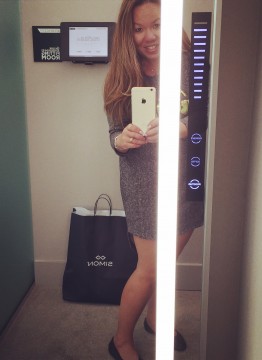 Freshly tended flora and fauna is also a big draw and the centre employs an outside consultant and three gardiners s to care for them year round. But most recently, the centre unveiled plans for a makeover for the historical mall so I’m keeping an eye on their progress!

One noticeable difference was the fresh new Bloomingdale’s when they opened in the fall – the first state of the art Bloomingdale’s in North America that included high tech fitting rooms with personalized service at the touch of a key pad. Transforming lighting in each room so you can see what your outfit looks like in any mood is just one of the key features that the retailer is rolling out across the nation…but it’s here first.

Palo Alto was established by Leland Stanford Sr. when he founded Stanford University in 1891. The city includes portions of Stanford and is headquarters to a number of high-technology companies, including Hewlett-Packard (HP), Tesla Motors, IDEO, Skype and others. It has also served as an incubator to several other high-tech companies such as Google, Facebook, Logitech, Intuit, Pinterest and PayPal.

WHAT ELSE TO DO IN PALO ALTO? 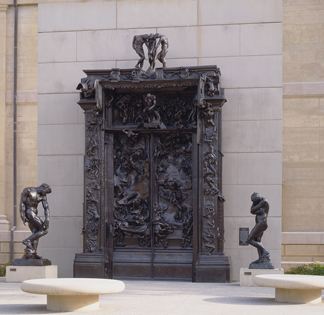 RODIN COLLECTION: The Cantor Arts Center at Stanford University has 200 works of art by the artist Rodin. About 170 works are indoors and about 20 bronzes including The Gates of Hell are outside in the Sculpture Garden. This is the world’s largest collection outside of Paris. Docents offer free tours of the collection of specific days. Admission is free to the museum and Sculpture Garden.

HOOVER TOWER: Visible to all the surrounding areas, Hoover Tower is a landmark to Stanford students, faculty, alumni, and the local communities. The 285-foot tower offers spectacular views of Stanford campus, the Foothills, and the Bay Area from its observation deck. A student tour guide is available to point out important landmarks and sights. The tower is also home to a carillon of 48 bells cast in Belgium, with the largest bell inscribed, “For Peace Alone Do I Ring.” Finished in 1941 to celebrate the university’s 50th anniversary, the landmark is part of the Hoover Institution on War, Revolution and Peace. The institution is a research center founded by Herbert Hoover, an alumnus and the 31st president of the United States. Rooms on the ground floor of the tower exhibit documents and memorabilia from Herbert Hoover’s life and career.

JUNIOR MUSEUM & ZOO: Founded as the first children’s museum west of the Mississippi, the Junior Museum & Zoo has become a favorite destination for kids and their families to learn and play at the same time. The museum offers kids a hands-on experience with educational, interactive exhibits. The zoo features more than 50 exotic and native animals, including bobcats, raccoons, jungle bats, hedgehogs, ferrets, snakes, and an owl. The zoo also has a swell shark and a leopard shark, which are housed in a new 500-gallon salt water tank. Admission to both the museum and zoo is free. 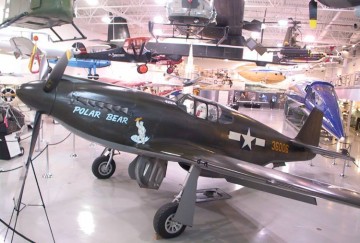 HILLER AVIATION MUSEUM: Dedicated to the dreams of flight, the Hiller Aviation Museum offers programs and exhibits which increase public understanding of science and aviation. The 27,600-square foot main gallery features 100 years of aviation history with over forty aircrafts and numerous exhibits and interactive displays. The atrium displays over a dozen model aircrafts and houses the family lounge and theater which features aviation films.