You are here: Home / Life / News Stories / What Our Olympic Athletes Will Be Wearing in Sochi

The countdown has begun and there are less than 100 days until the opening of the 2014 Olympic Games in Sochi. It’s time to start brushing up on our luge/bobsled/skeleton knowledge, learning about the stories behind our amazing athletes, and start thinking about what they (and we) will be wearing as we cheer Canadians on to glory.

This week, Hudson’s Bay unveiled the Canadian Olympic and Paralympic Team Collection that will outfit our athletes at the upcoming Sochi 2014 Olympic & Paralympic Winter Games.  The official wear is now available at all Hudson’s Bay locations across Canada and online at thebay.com.

The uniforms are characterized by the hot colour blocking trend, strong display of the Leaf and the Crest, and a number of Canada’s traditional animals (including the loon, the polar bear and, of course,  the beaver).  Suzanne Sewell, Editor of SportsCafe, attended the unveiling and shared some awesome photos with us. 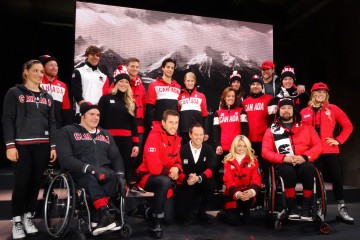 Our Canadian athletes look great on stage…they’ll look even better on the podium! 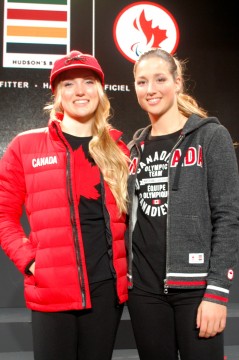 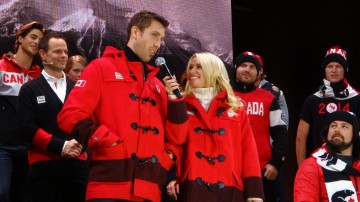 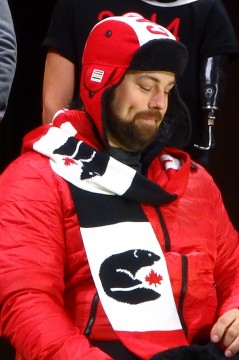 Sledge hockey’s Billy Bridges in the toque, and the scarf (which I expect to be the runaway bestseller) 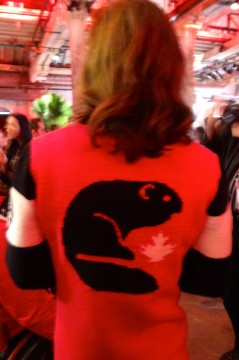 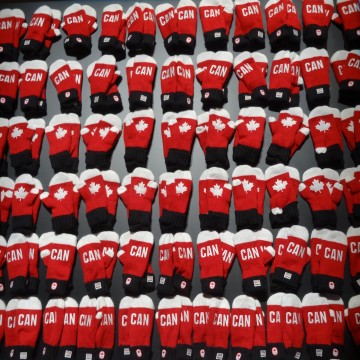 The mittens have become iconically Canadian. I love the snow tipped white on this version.

(All photo credits to Suzanne Sewell)

Of course, as Marcel Aubut, President of the Canadian Olympic Committee remarked, “They are not just our athletes’ uniforms, they are Canada’s uniforms.” So what are some of the highlights that we Canadians will be wearing?

Star items in the collection include:

Priced from $5 to $30 for Accessories; $12.99 – $50 for Kids/Infants; and $19 – $275 for Men’s/Women’s Clothing and Outerwear, the full collection is attainable for would-be supporters from coast-to-coast, and makes an ideal gift for the holidays.