Today is my sister’s birthday. It’s one of those milestone ones that make the person forget they’re actually only just a day older than they were yesterday.

When my sister Sherrill turned 50 last year, I made her a video. Suzanne emailed me and said ‘it’s incredible but do something like that for me and die.’ She needn’t have mentioned it. I learned my lesson there when I entered her into a ‘Can We Save This Woman’s Hair’ makeover contest. Which she ‘won’. And the ‘before’ picture ran on the front page of a Toronto newspaper. So no embarrassing pictures. No video compilations.

But a birthday blog? There were no rules there.

My sister and I are ridiculously close. We sound the same and our expressions are identical. We respond to each others name because it’s gotten to the point of ‘why bother to correct them.’ But ultimately, we are really very different, which likely keeps us from killing each other.

She has been my go to since I was very young. As a kid, I worshipped the ground she walked on. My mom told me that as a baby, she could always calm me down. When we moved to Ottawa and Suzanne didn’t move with us, I had a nervous breakdown and couldn’t eat for weeks. When she was going to spend her first Christmas away from us with her then in-laws, I was a basketcase…until she arrived at about 8am on a bus from their place, missing us as much as we missed her. (Or just wanting to escape her in-laws but I liked to think it was for me.)

As we’ve gotten older, we’ve grown into a more equivalent relationship. I no longer leave notes under her door asking to borrow clothes. But she has still saved my life on numerous occasions. She drove me away the day I called off my engagement and  silently brought me coffee the next morning, never saying ‘I told you so’. She watched the needle go into my belly for my amnio and calmed me down when it was taking to damn long. She held one leg as Will popped into the world. She helped to hold me together during my postpartum depression. She took Will and I in for three months when I ruptured my achilles.

We don’t fight face to face, but I know silently we yell at each other often. We can frustrate the crap out of each other. Ultimately though, it’s only because we love each other and want the best for each other.  At least I know that’s why I do it..:)! Besides my life with George Clooney, there is not much more that I want then for Suzanne to be happy.

So Happy Birthday Sue. I couldn’t gift wrap Seth Avett BUT I could tell you that I love you and I’m not sure what I would ever do without you. 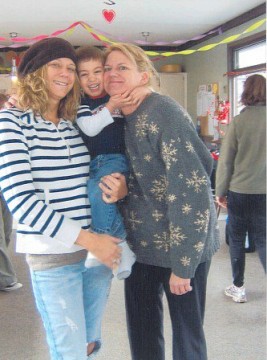 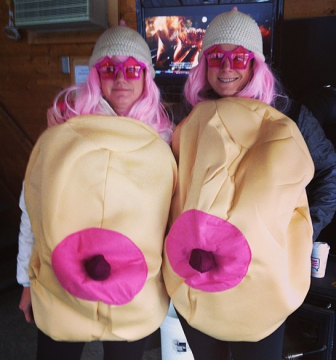 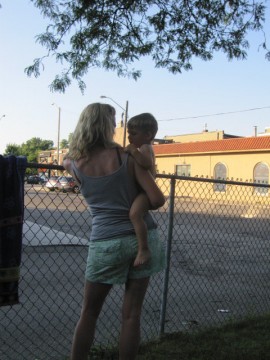 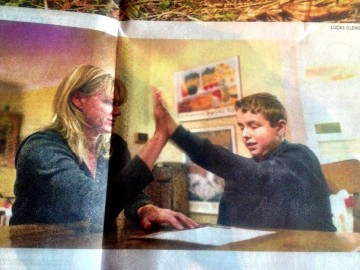 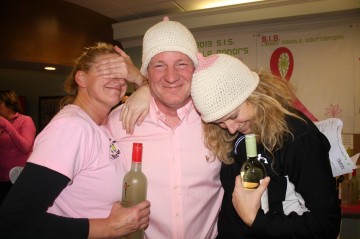 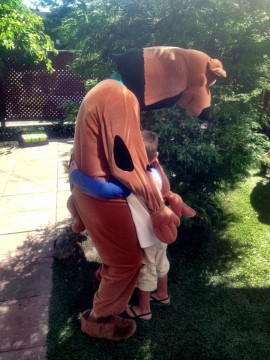