You are here: Home / Life / Family / What Does A Liberal Government Mean For Canadian Families?
Share this...

Last night, Justin Trudeau pledged real change for Canadians, as he took the mantle from Steven Harper, and became the nation’s new prime minister. But, in spite of leading the Liberal Party to a majority win on election night, he claimed: “I didn’t make history tonight. You did.”

Despite being a distant third in the polls a month before election, he will return to his childhood home, 24 Sussex Drive, where he will become the second Trudeau to take up residence as prime minister.

But acceptance speeches aside, and once all the dust has settled, the question remains: What does this new government mean for Canadian families? Here’s a little recap on some of the changes and policies we can expect to see from Canada’s first dynasty… 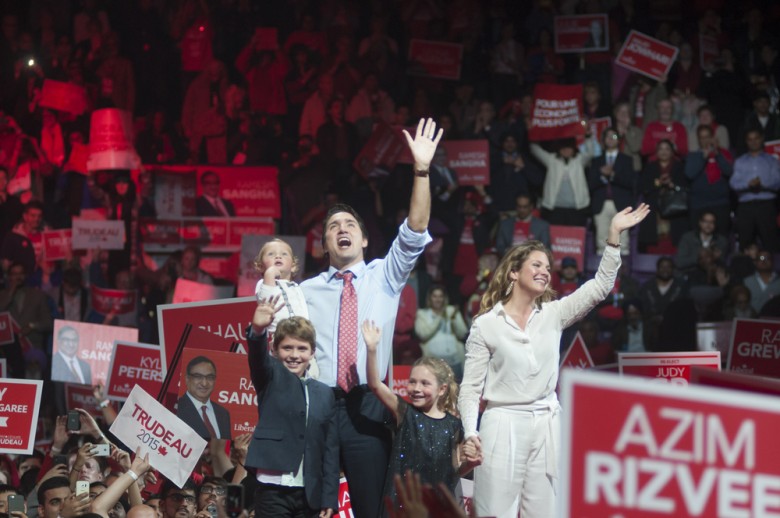 Here’s how our new Prime Minister spent his first day… We love it!

Justin Trudeau greets people at Montreal subway the morning after electionCanada’s next Prime Minister spent the morning after the election in a Montreal subway station to say thank you to transit riders. Surprised commuters shook his hand and posed for photos. For a detailed look at what went down on election night, click here: http://glbn.ca/TDj9U

“Stop making that noise, it makes me want to throw squirrels.” The sound of crackling plastic was driving my husband to the point of rodent … END_OF_DOCUMENT_TOKEN_TO_BE_REPLACED

Summer used to be magical. The hot weather, the outdoor adventures, the complete and total lack of responsibility. School was over for the year and … END_OF_DOCUMENT_TOKEN_TO_BE_REPLACED