There are many health treatments available out there to help manage whatever ails you. Some services like acupuncture have become more popular as an alternative to our existing western healthcare practices. But what is it and how does it work?

Acupuncture has been around for thousands of years and commonly used in the Asian cultures People have been turning to this traditional treatment for help with many health issues including digestive problems, allergies, blood circulation, stress, fertility, gynecological issues, headaches, pain and much more. There are even facial/beauty treatments.

I was keen on seeing how it could help my chronic lower back pain. I had discussed the option with my current chiropractor and massage therapist who both said acupuncture would be a great idea and complementary to my existing treatments from them. 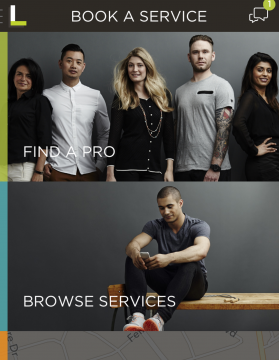 You may already have an idea about Acupuncture and the use of needles. Like most of you, I’m not a big fan of needles but I’ve heard that this treatment is worth looking into but if I’m going to act as a voodoo doll, I definitely need to know that the Acupuncturist is certified. Toronto-based acupuncturist Amrit Singh came to my attention when I was exploring the health care providers on the site JoinLeague.com, a great site/app for booking all your health and fitness needs (think Uber of healthcare where you can easily get the service you need booked right online and pay in one spot) as well as offering everyday tips to help you achieve your health goals.

The first thing I wanted to know was her qualifications. Amrit has been studying and practicing acupuncture for over five years. She had completed her studies in Acupuncture at the Institute of Traditional Medicine in Toronto and is a Registered Acupuncturist with the College of Traditional Chinese Medicine Practitioners and Acupuncturists of Ontario. She had extended her studies in both Beijing and Tokyo. She also currently apprentices with Takamasa Tsurusaki, an internationally recognized Acupuncturist and Educator based in Toronto. She’s also certified in Clean Needle Technique and is a standing member with the Canadian Society of Chinese Medicine and Acupuncture.

Upon my first visit I had explained to her about my lower back pain and  she could immediately feel where all my issues were at a touch. Amrit had explained that Acupuncture could help ease the pain and I agreed to let the needles commence. Does it hurt? No. The needles are extremely thin but there are definitely some spots where I felt a tiny prick where as other spots I felt nothing. “Each person is different but generally most people don’t feel much if anything,” she said in a comforting voice. 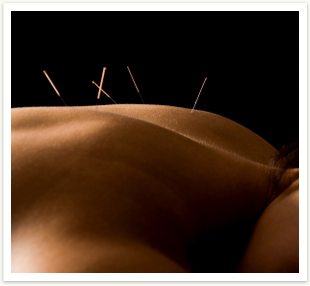 But how does it all work? The general theory behind chinese acupuncture is the balance of flow in the body, often referred to as Qi, that is essential for a healthy body. The thin needles stimulate certain points of the body to help correct any imbalances or disruption of flow. Needles are injected by hand one-by-one and twirled slightly to stimulate the nerve cells allowing the body to release its own natural pain relieving ways. Apparently there are about 500 specific Acupuncture points in the body where needles can be used for specific ailments. Sounds all hocus-pocus but hey, it’s been done for more than 4000 years in China. It wasn’t until President Nixon’s visit to China in 1972 that Acupuncture became a massive curiousity in North America and since then Westerners have grown to learn more of the benefits. Today Traditional Chinese Medicine (TCM) is one of the fastest growing methods of health treatments and The World Health Organization has acknowledged the benefits.

So are the results permanent? It takes a while and the key to success here is ongoing and consistent treatments. Once a week initially was what was recommended for me and I’m still going.  Each session took about 30 minutes and I had probably around 10 needles used each time.

Any side effects? Not that I’ve experienced and you do walk out and continue on with your day easily after a treatment. However, as I’ve been going at the end of the day, I do feel like I need to have a good long sleep after each session… and for the record, they’ve been the best sleeps ever.