Food lovers rejoice! The Delicious Food Show has announced a star-studded line up of chefs at this year’s highly anticipated event! Taking place at the Direct Energy Centre in Exhibition Place in Toronto from October 17-19, 2014, the show is gearing up to be the most star-studded culinary event in Canada.

Headlining this year’s Delicious Food Show is Michelin-starred celebrity Chef Mario Batali. Batali, known for being the co-host of ABC’s The Chew, his partnership with world-famous Italian marketplace, Eataly, and his 26 restaurants worldwide, will be the star presenter at the Delicious Food Show 2014, which coincides with the launch of his 10th cookbook, America Farm to Table: Simple, Delicious Recipes Celebrating Local Farmers.

You won’t want to miss the Exclusive Chef Series that will allow only a handful of foodies to closely interact, cook and learn from their favourite celebrity chefs. Learn their kitchen secrets and tricks and get the inside scoop in these hands-on workshops. Limited tickets available here: Exclusive Chef Series

Also sharing the spotlight will be internationally-acclaimed pastry chef and inventor of the Cronut, Dominique Ansel. Ansel reached notoriety with the invention of the Cronut, a half doughnut half croissant pastry that has sold out daily at his pastry shop in Manhattan since they first became available in May 2013. Time Magazine gave the Cronut a spot on their annual 25 top innovations issue of 2013. 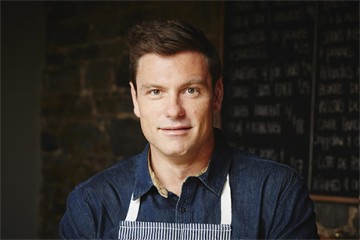 The talent doesn’t stop there! With the exciting pairing of Food Network Canada and the Delicious Food Show comes a roster of Canada’s top chefs that will present throughout the duration of the show. Some of the top-tier talent includes: Chuck Hughes (Chuck’s Week Off), Nadia G (Bitchin’ Kitchen), and Roger Mooking (Chopped Canada). Joining all of these incredibly talented individuals is Lucinda Scala Quinn, Director of Food Development for Martha Stewart, and last year’s Delicious Food Show headliner.

You’ll want to stop in and check out the best food trucks in the city as the mobile kitchens park themselves in the show. Be sure to check out Buster’s Sea Cove for their fresh fish, calamari and fish & chips and make room for my favourite warmed churros at Pancho’s Bakery Truck…you’ve got to try the dulce de leche!

Make some time to visit the hands-on workshops at the Sub-Zero and Wolf Classrooms where you can pick up a new cooking technique and get answers to your food related questions. Workshops may include topics like sushi rolling, wine pairings, oyster shucking and more.

Of course, save space in your belly for all the fabulous food and drinks! 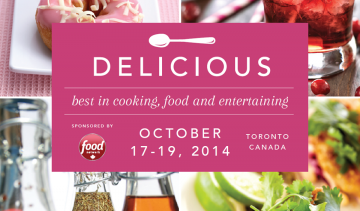