Water, water everywhere nor any a drop to drink.

“Water, water everywhere nor any a drop to drink.”

The above is a quote by poet Samuel Taylor Coleridge about a sailor being stuck in the middle of the ocean on a raft.

Sadly, for many Torontonians, this quote is all too true, except that instead of being thirsty and being surrounded by water that’s too salty to drink, they’re hungry and surrounded by food that’s too expensive to buy.

This is where the Second Harvest comes in.  Since it’s conception in 1985, Second Harvest has become Canada’s largest food rescue program.  Each day, they collect enough perishable food from local retailers, restaurants, caterers, and manufacturers to deliver over 19 000 meals a day to over 200 different agencies.  It goes without saying that Second Harvest makes a major difference in the lives of the thousands of families in Toronto that are struggling with poverty and hunger, 40% of which are children.

Tonight, for the third year in a row, dozens of Toronto’s finest restaurants have come together to present Toronto Tastes, an amazing event where patrons get to sample the best food from the best chefs and the best drinks from the best wineries, all while raising money for this amazing cause.

I was lucky enough to get a VIP tour of the event before it opened which gave me a chance to not only sample all of the amazing food, but also talk to the chefs.  In the spirit of the event, I asked each chef the same question: 1. What is their favorite money-saving tip for families that want to eat great on a limited budget?   Here’s what they said: 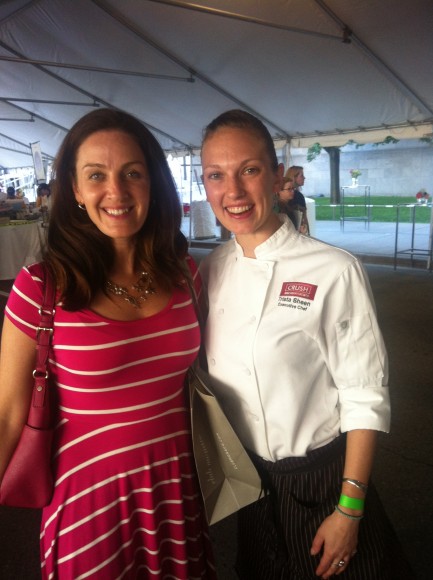 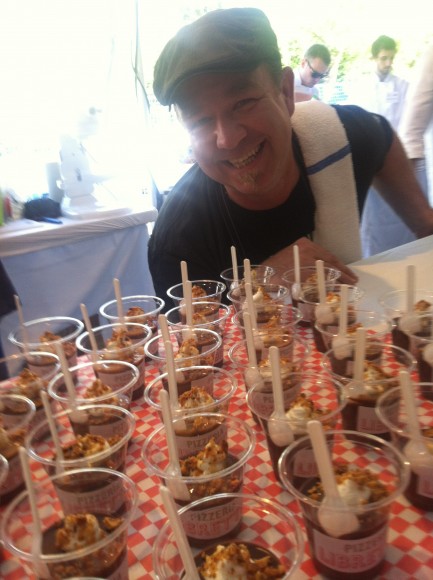 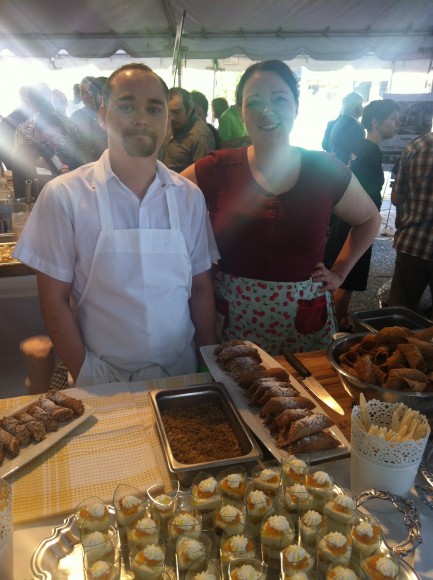 Jeremy Gash, L’Unita (along with his pastry chef who makes the. best. cannoli in the city): A little extra effort in buying fruit goes a long way. Make a trip out to a pick-your-own farm at the height of the strawberry season and pick as many as you can. Immediately wash, hull, and then freeze. Make another trip down to Chinatown and buy Altufo mangoes by the box. It’s much cheaper than what you’ll find at your local grocery store. 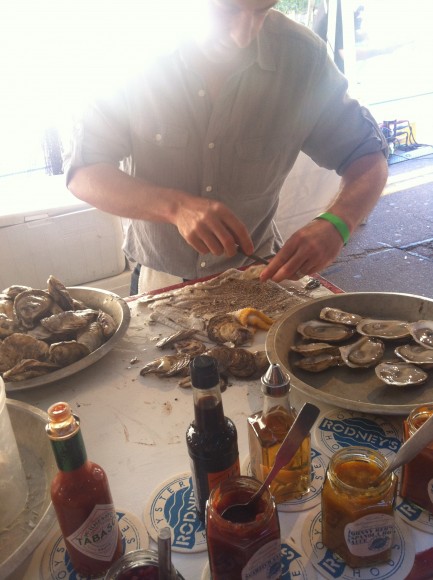 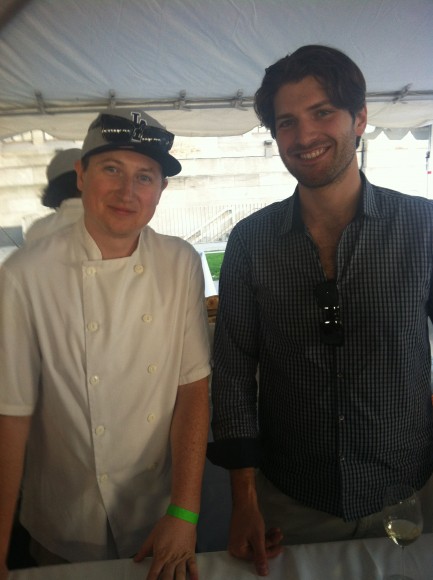 Garth Lehrer (and Little Anthony), Little Anthony’s: Look for the cheaper cuts of meat, such as flank steak and turkey thighs. They’re way cheaper and often even more flavorful than their more expensive and more popular counterparts. 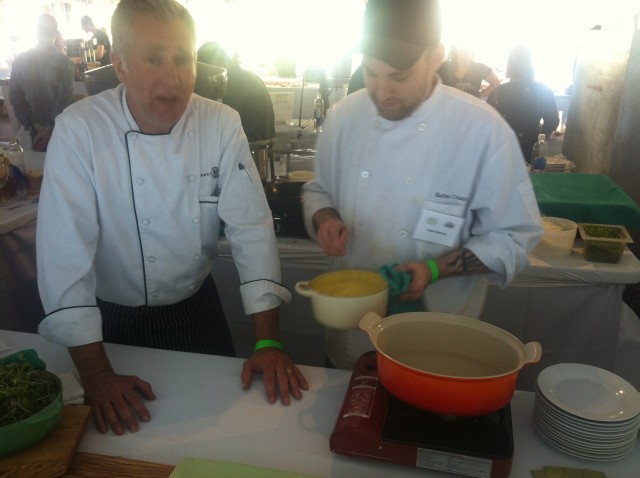 Brad Long, Café Belong: The two most important ingredients to save money and eat well in the kitchen are time and cooking. Cooking your own food will always cost less, but only if you take the time to plan it out. If you can, take one day per week to plan your meals, shop, and cook. And learn how to boil water. If you can boil water properly, you can make any green veggie taste good.

Overall, I had an amazing evening.  The food was outstanding.  The chefs were friendly.  And last but not least, the cause was more than worthwhile.

And as for Brad Long’s claim that he’s got the secret recipe to make any green veggie taste good? I’m gonna try out his method this week and report back to you on how it went.  Stay tuned.

So what’s your favorite tip for eating well without spending a lot?

For more information on Second Harvest or how you can help, go to secondharvest.ca.