You are here: Home / Life / Food / Mealspirations! What I need right now!

Do you ever get stuck in a rut when it comes to cooking for your friends or family? I’d like to think I have time to plan out my meals for a week. I have a friend that does that and I admire her ability to be so darn organized. I’m not that way. I find I’m always rushing or sometimes I’m just cooking the same dishes over and over again particularly in the winter months. And my kids roll their eyes when once a week a declare it SMORGASBORD day…that is, clean out the fridge and eat all the leftovers or whatever else that’s on the verge of expiring. 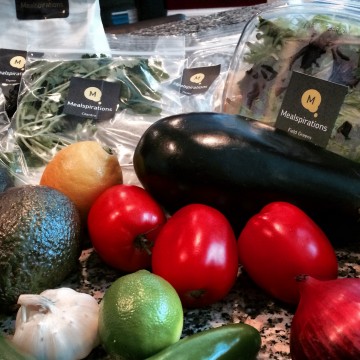 Now and then I need some cooking inspiration. Enter Mealspirations – a new weekly service recently launched in Ontario. The service  delivers chef-developed and nutritious recipes to those who enjoy cooking at home but helps take out some of the prep-work and guessing of what to make for dinner. (Cue the angel harps!)

HOW IT WORKS: each week the Mealspirations team creates meal plans that also feature seasonal dishes and twists on some family favourites. Clients subscribe to the service and can order for two or four people. The delivery comes to your door full on Sunday in a nicely packaged box complete with the fresh ingredients, recipe and instructions. Meals take 30 minutes or less to prep.

THE VERDICT: This past week my family had the opportunity to test this service out. We had a reminder email that the deliver would arrive at our door on Sunday. While I was out at the theatre in the afternoon I had mentioned to hubby that we should be expecting a box of food…and it was Superbowl Sunday (YAY SEAHAWKS!). The food arrived safely but hubby didn’t think to open it and see if anything needed go be refrigerated. The company clearly had thought of that possibility. Good thing the meats and fish were parcelled in a foil keeper and separate from the veggies! A cool ice pack was also included just in case.

Also included were the fresh vegetables and herbs. Thyme, Cilantro, Parsley were nicely packaged in clear cello bags marked to take out any second guessing. 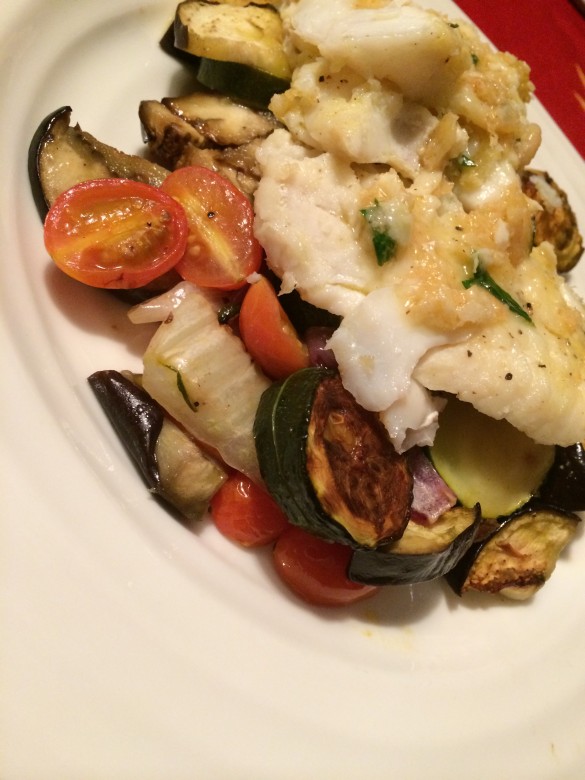 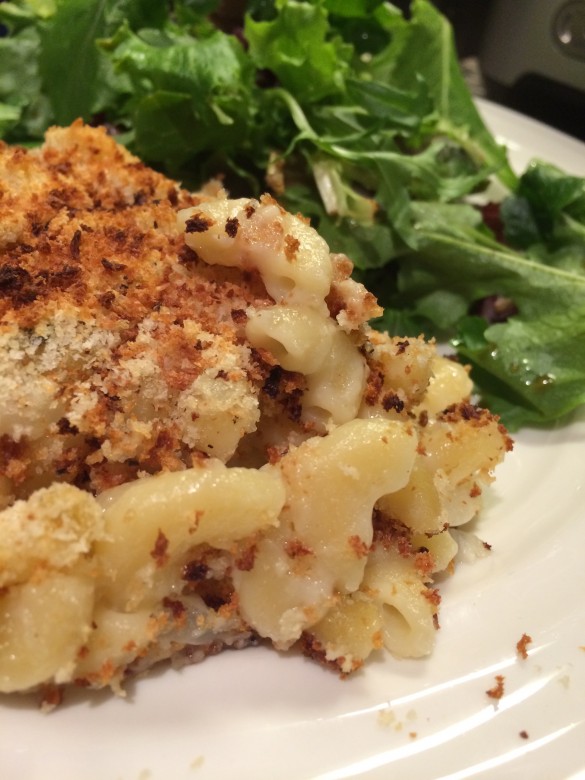 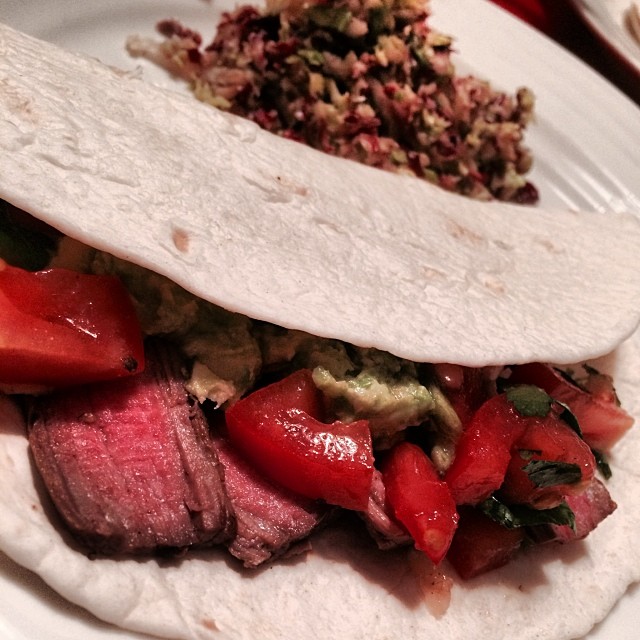 WHAT MY CRITICS SAY:

The recipe cards (printed full 8 x 11 sheets) are beautifully thought out. Step-by-step instructions are easy to follow. Actually each recipe also includes the level of ease for those who are a little shy when it comes to navigating the kitchen. Recipe card also considers either cooking for two or four servings. I was sent enough for four, as mentioned, but appreciated this split just in case we had a night where I wasn’t feeding four.

The ingredients are fresh and washed. Hubby commented several times at the high-quality particularly in the protein (fish and flank steak). After three meals I did have a little extra veggies and herbs left over only because I’m a seasoned cook and I know by eyeballing and my family’s taste how much to use. The pico de gallo I made to accompany the Steak Tortilla dish called for a fresh jalepeno and chilli pepper. I decided that half of the jalelpeno would be enough and omitted the chilli pepper. I’ll use those in another dish. In the homemade macaraoni and cheese I only used half of the onion. There are a few basics ingredients that are used in the recipes that you would probably have in your pantry like olive oil, salt and pepper that are not included in the delivery box. The recipe cards will indicate that.

“Between work, social events and kids’ activities, finding time to plan and shop for meals these days is difficult, especially during the week.”

My family really enjoyed the recipes provided and I appreciated the time saved of figuring out what to make and taking a trip to the grocery store. This service actually helped me eliminate two trips to the store already this week! And in this winter of heavy snow…it is absolutely heaven sent.

The service costs $78 weekly for two people or $144 weekly for a family of four – an average of $12 per meal, per person. You can choose the Classic Box (a selection of meat, poultry, fish and vegetarian dishes) or the Veggie Box. Weekly fresh fruit delivery can be added to any subscription for $29. You can also pause the service at any time to accommodate vacations and other commitments. Our family thinks this is a great concept as we tend to spend an average of $80 for a night out in a restaurant when I’m in those stuck-in-a-rut nights. 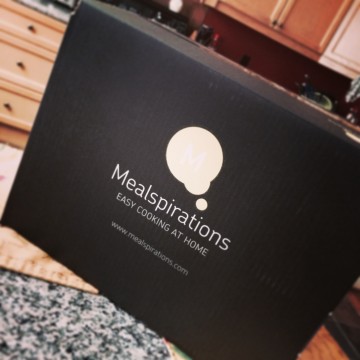 Co-founder Rickard Haraldsson, a dad of two who worked 80 hours a week as a private equity professional became dependent on services similar to Mealspirations. When he moved to Toronto and met his self-professed work-a-holic Linda Ogbeide, a marketing professional who rarely found the time to cook at home, they agreed that healthy, homecooked meal choices should not be out of reach.

“Between work, social events and kids’ activities, finding time to plan and shop for meals these days is difficult, especially during the week,” said Rickard. “By delivery everything you need to create delicious meals right to your door, Mealspirations makes it realistic for busy people to enjoy homemade dinners again.”

You can visit www.mealspirations.com for more information. Mealspirations current service is available in Ontario from Oakville to Scarborough.

My only wish is that the service would included a dessert option. *smiles*