[adinserter block="1"]
You are here: Home / Entertainment / Celebrity / Christian Louboutin Steps Into The City!
Share this...

Trembles from the fashionistas could be felt all over the city last week as the uber famous shoe designer, Christian Louboutin stepped into to the city. Red heels were everywhere as the Design Exchange opened the latest exhibition in honour of the French designer. 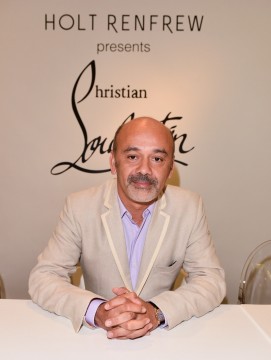 Mr. Louboutin made another stop at Holt Renfrew Bloor Street Flagship Store where hundreds of fans and customers lined the luxury store for a meet and greet. He signed nearly 200 pairs of Christian Louboutin shoes and handbags while chatting with his adoring fans who were THRILLED beyond expectations! Mr. Louboutin was fabulous as always taking the time to chat for more than the scheduled two hour appearance! In fact, he stayed for four hours!

The exhibition at the Design Exchange (Toronto) is curated by The Design Museum London in conjunction with Christian Louboutin and celebrates his twenty years of design. The exhibition runs to September 15, 2013.

For more information on the exhibition and to purchase tickets, visit www.dx.org

To shop for the latest Christian Louboutin shoes and handbag collections, head to your nearest Holt’s location and check out www.holtrenfrew.com 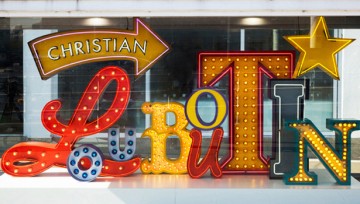 Visit the Christian Louboutin Exhibition at the Design Exchange, Toronto. Open until September 13, 2013.

“Stop making that noise, it makes me want to throw squirrels.” The sound of crackling plastic was driving my husband to the point of rodent … END_OF_DOCUMENT_TOKEN_TO_BE_REPLACED

Summer used to be magical. The hot weather, the outdoor adventures, the complete and total lack of responsibility. School was over for the year and … END_OF_DOCUMENT_TOKEN_TO_BE_REPLACED