You are here: Home / Life / 10 Facts About The Newly Discovered Dino Wendiceratops
Share this...

Scientists have discovered a striking new species of dinosaur that is sure to cause much excitement for even our littlest palaeontologists! Wendiceratops (WEN-dee-SARE-ah-TOPS) pinhornensis was discovered in southern Alberta near the border of Montana, USA.

“Wendiceratops is a truly eye-catching dinosaur. With is array of gnarly horns curling forward off the back of its frill and its tall nose horn, it is a stand-out member of the horned dinosaur family, which is well known for their spiky skulls.”  Said Dr. David Evans, Termerty Chair and Curator of Vertebrate Palaeontology at the Royal Ontario Museum in Toronto, and co-author of the study. 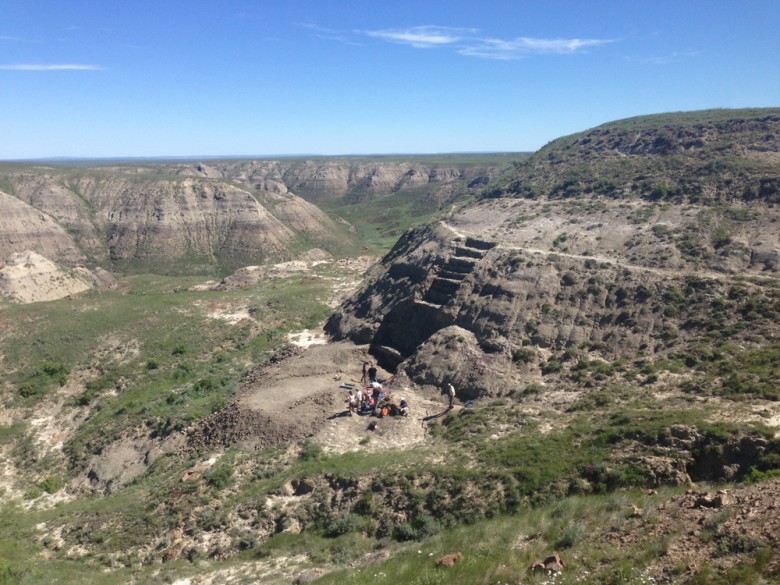 Here are 10 awesome facts about the new dinosaur Dr. Evans and the team has shared based on the over 200 bones found at the site…

1. Bone remains were discovered from at least four individual (three adults and one young) were collected from the bone bed in the Oldman Formation of southern Alberta.

2. It was a herbivore, and would crop low-lying plants with a parrot-like beak, and slice the up with dozens of leaf-shaped teeth.

3. A distinctive feature is a series of forward-curling hook-like horns along the shield shaped frill at the back of its skull.  The new find ranks among other recent discoveries in having some of the most spectacular skull ornamentation in the horned dinosaur group.

5. An adult weighed more than a ton.

6. The most unique feature is a horn that is located above its nose that shows the evolution development from low, rounded forms of earlier horned dinosaurs and the large tall horned dinosaurs.

7. It lived about 79 million years ago, making it one of the oldest known members of the family of large-bodied horned dinosaurs, that includes the famous Triceratops, the Ceratopsidae. 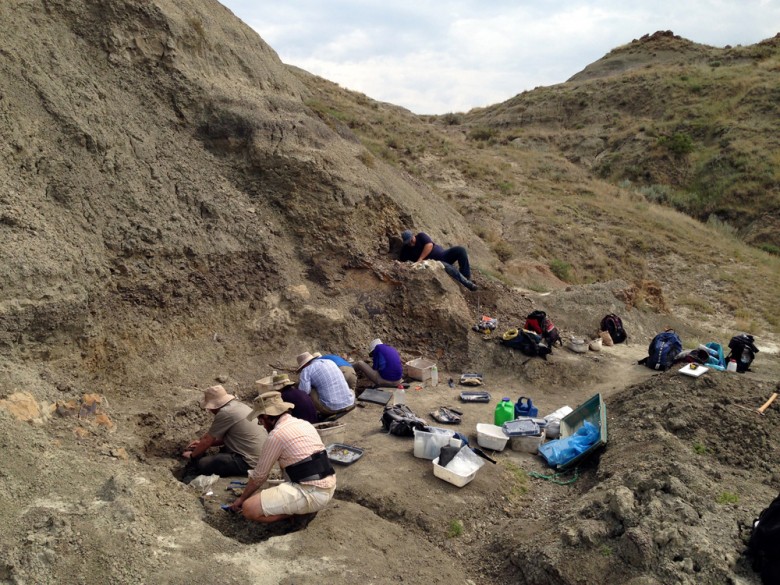 8. The name Wendiceratops means “Wendy’s horned-face”, and is named after the renowned Alberta fossil hunter Wendy Slobada, who discovered the site in 2010. She’s discovered hundreds of important fossils in the last three decades, including several new species.

9. “The locked horns of two Wendiceratops could have been used in combat between males to gain access to territory or females,” said Dr. Michael Ryan, curator of vertebrate palaeontology at the Cleveland Museum of Natural History and co-author of the study.

If you have a chance to visit the Royal Ontario Museum in Toronto a full-sized skeleton and exhibit profiling Wendiceratops is currently on display! For more information visit rom.on.ca.

“Stop making that noise, it makes me want to throw squirrels.” The sound of crackling plastic was driving my husband to the point of rodent … END_OF_DOCUMENT_TOKEN_TO_BE_REPLACED

Summer used to be magical. The hot weather, the outdoor adventures, the complete and total lack of responsibility. School was over for the year and … END_OF_DOCUMENT_TOKEN_TO_BE_REPLACED