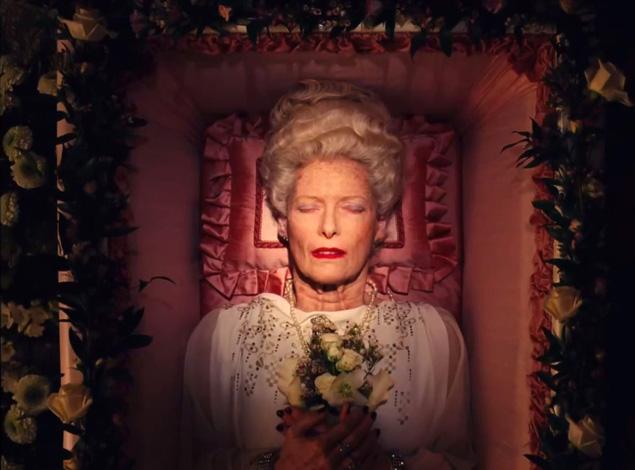 If you’re a fan of Wes Anderson movies (count me among them!) then it’s time to get excited! The trailer for his upcoming Grand Budapest Hotel has just been released and it’s filled with his trademark palette of vibrant colours, eccentric-looking locations, an amazing cast – and, as usual – some very quirky scenes.

The film centers around Gustave H (Ralph Fiennes) who is a concierge at a glamorous hotel. He takes a teen as his protege and makes him a “lobby boy”. Looks like Gustave H is also a real ladies’ man who often seduces his female clientele. He gets into trouble when one of the oldest conquests – Madame D – suddenly dies, leaving him with a very expensive painting. She is played by Tilda Swinton, in amazing make-up to appear as a decrepid grand dame at 84 years of age. What a transformation!

If you’re familiar with his previous films (The Royal Tenenbaums, Moonrise Kingdom) you know that a Wes Anderson film will have a fantastic supporting cast. This one features some familiar faces from his previous films, as well as new additions: Edward Norton, Bill Murray, Willem Dafoe, Adrien Brody, Jude Law, F. Murray Abraham, Saoirse Ronan, and Jeff Goldblum.

The film is scheduled to hit theatres March 7th.