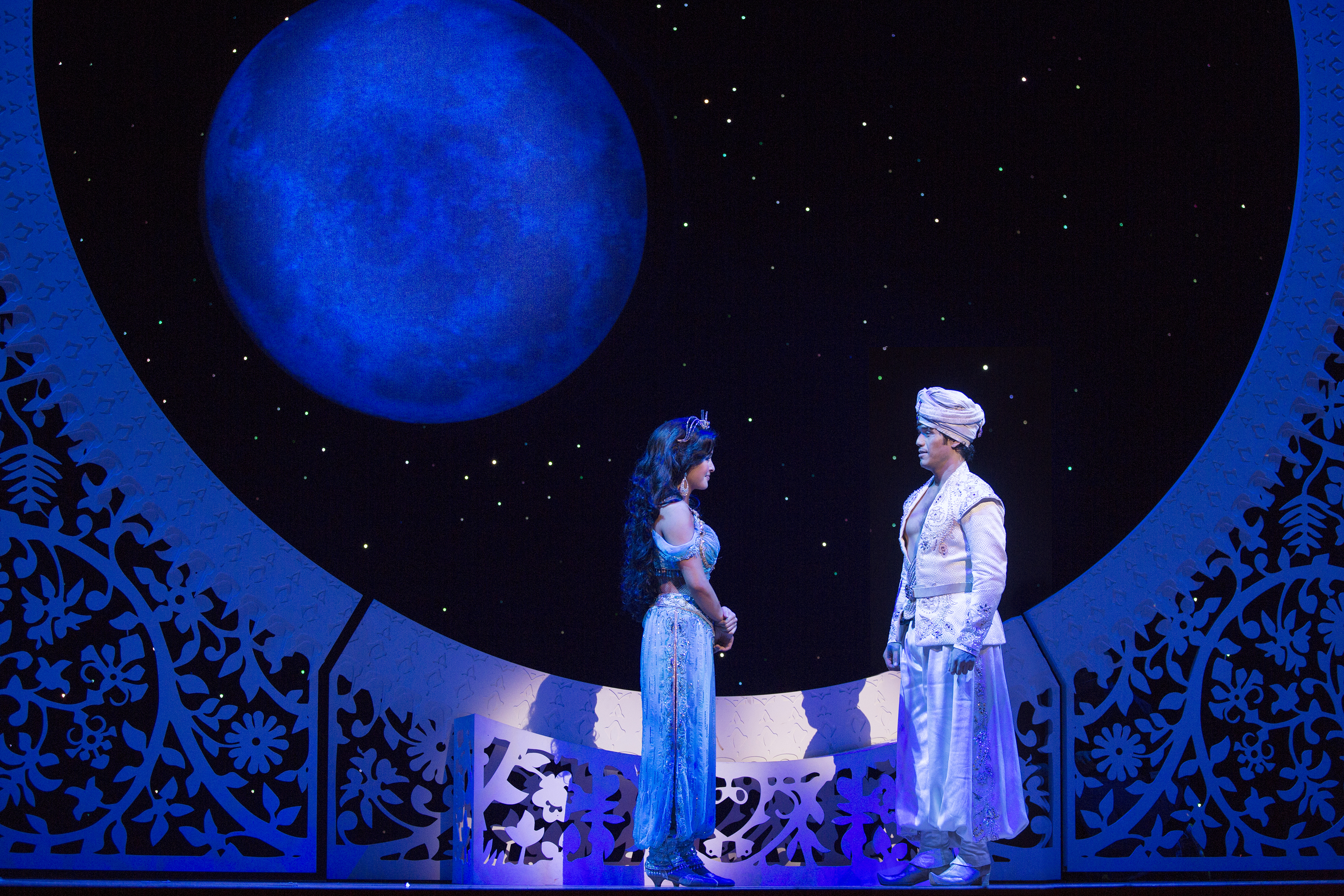 Ever since I came across the story of Aladdin in The Arabian Nights, when I was a kid, I was enthralled. And so were generations of readers before me. Who wouldn’t want to have wild adventures, go on a magic carpet ride and have their three wishes granted – simply because they found a dusty old lamp? So it’s no wonder that when Disney made animated film Aladdin back in 1992 it was wildly successful and became an instant classic.

Fast forward to 2013 and we have a stage version of Aladdin, Disney’s new Broadway-bound musical, adapted from the hit film and featuring music by Academy® and Tony Award®-winning composer Alan Menken and lyricists Howard Ashman, Tim Rice and Chad Beguelin and based on Beguelin’s book. 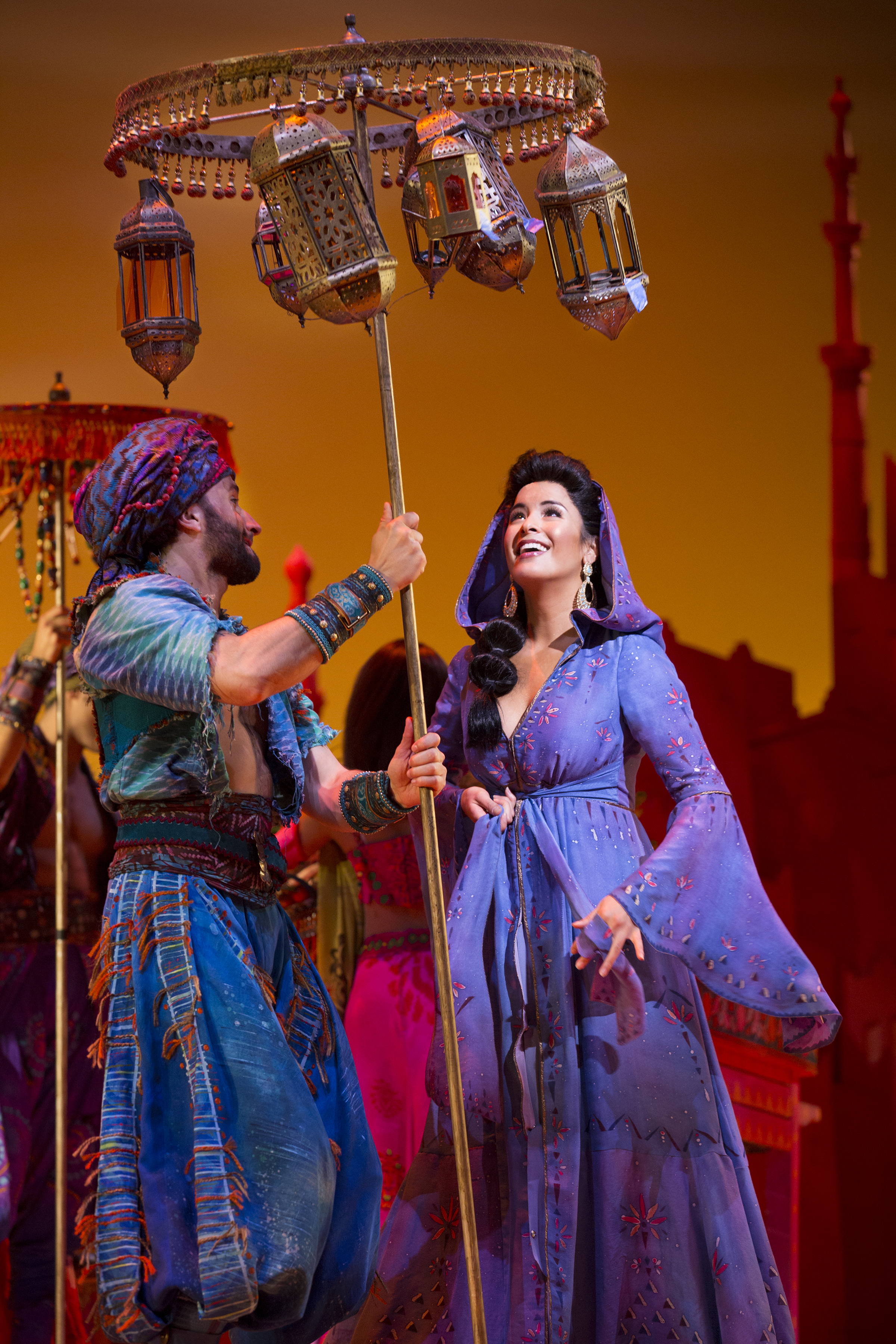 Produced by Disney, this is an opulent and entertaining production which takes you to a faraway land thanks to elaborate staging and costumes.

Aladdin is played as a charmer by Adam Jacobs. He is a regular guy, he’s poor and a “crook” who steals bread to give to the poor. He also plays in a type of “boy band” with his three sidekicks. Princess Jasmine (his love interest) is played as modern girl with her own independent ideas by Courtney Reed.

As we all know, Aladdin’s life changes completely when he finds a lamp with a Genie in it. I was curious to see how the show’s design team would translate the appearance of the Genie. Here, he makes his grand entrance by spiraling from beneath the floor amid puffs of smoke. 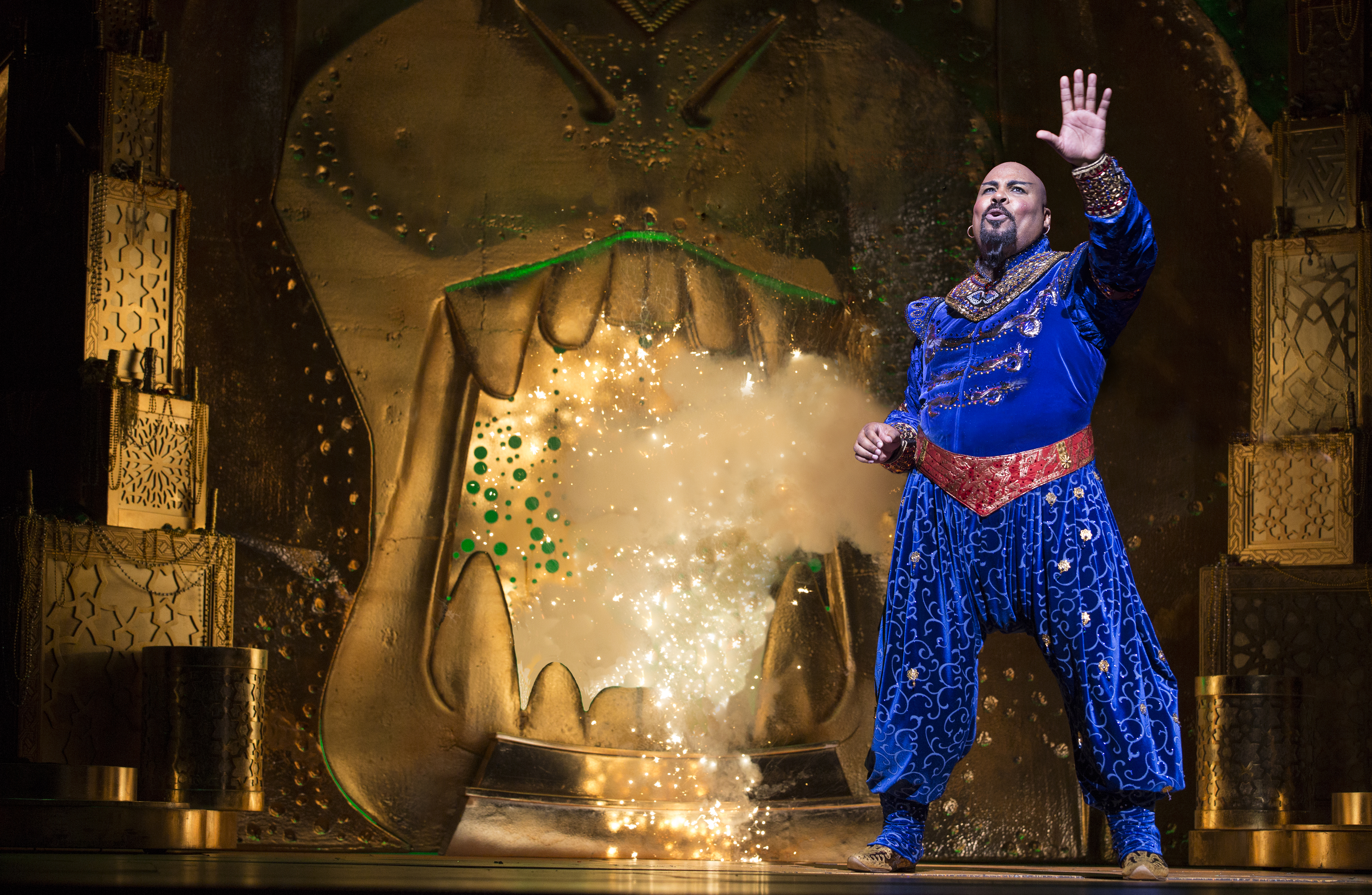 Speaking of Genie…he really stole the show, as they say. If you remember Robin Williams’ unbelievable vocal performance in the film, you know he is a hard act to follow. In fact, the Genie really was – in many ways – the star of the animated film. I found it was the same case on stage. This is because the Genie has tons of personality, making him the most vibrant character in the story. The crowd applauded and cheered loudly after James Monroe Inglehart’s ‘give it your all’ performance of “A Friend Like Me”, He was also supported by Casey Nicholaw’s staging in a lush number which created a major highlight in the show. 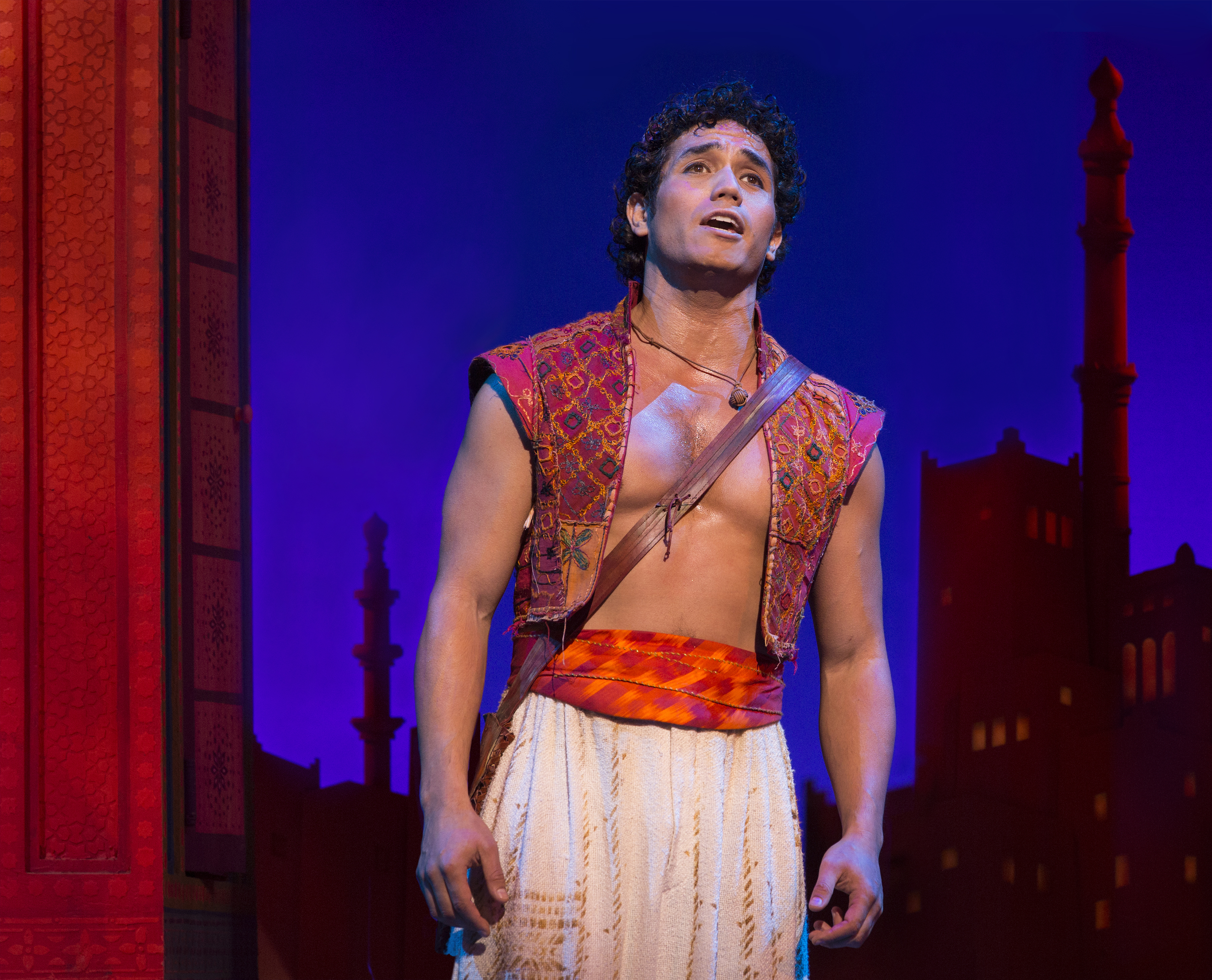 Other memorable performances were Jonathan Freeman as the evil Jafar (complete with his ‘evil laugh’) and Don Darryl Rivera as Iago. That character was a parrot in the film, but here he is a funny little ‘yes’ man dressed in puffy pants. I don’t know what it was, but every time Rivera was on stage, I broke out into fits of giggles. Maybe it was his expressions or silly costume, but I found him terribly amusing.

The sets are standouts as well – from the cave where Aladdin finds the lamp to the Sultan’s palace – are sumptuous. The magic carpet ride was another key moment. Not an easy scene to recreate on stage, but they did it. The magic carpet ride takes place in the dark with twinkling stars (so the illusion of floating works). All this adds to the overall illusion, making you forget it’s a cold November night outside, transporting you somewhere warm and far far away for a little while.