You are here: Home / Entertainment / The Arts / The ROM’s New Forbidden City Exhibit and the Children of the Palace

There are so many secrets and stories of the Forbidden City. For over 500 years, Chinese Emperors and their families lived within the walls of opulence and away from public eye. Behind the gates of the world’s largest imperial palace is an incredible collection of extraordinary treasures. The stories of those who lived there were equally intriguing. From young Emperors to Empress Dowager Cixi known as “The Dragon Lady” to the concubines and the over 70,000 eunuchs who served as servants — so many stories! And then there’s the children of the Forbidden City.

The life of royal children was governed by rules and traditions. Royal Princes began school at age 6 with studies in books, languages, martial arts, and practiced horse riding and archery. School days started at 5 am and ended at 4 pm. They only had 5 days off of school each year. When they had time to play they would play with gongs and drums, ride wooden horses and play with firecrackers and did the dragon dance. The children of the palace were raised by nannies, nurses and court eunuchs. Even the clothes of the imperial children were special. On display at the ROM is Emperor Tongzhi’s Ceremonial robe covered with five-toed imperial dragons. It’s of interested to note that the colour yellow was reserved only for the Emperor. Royal children were sometimes allowed to wear the colour of apricot yellow but the bright yellow was not permitted. Also in the exhibit is young Emperor Fu Yi/Puyi’s elaborate bathtub. He was only three when he became Emperor. 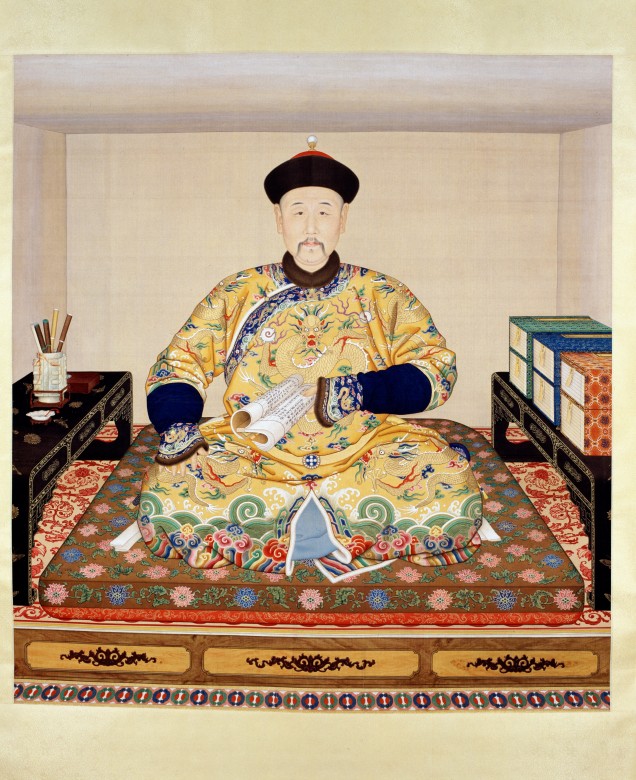 The Royal Ontario Museum’s new exhibition features the history, culture, art and artifacts of the Forbidden City. Over 250 items were carefully curated for this first-time viewing in Canada including 80 items that have never travelled outside the Palace Museum. Some items on exhibit will be seen for a limited time and curators will rotate out several items in June. 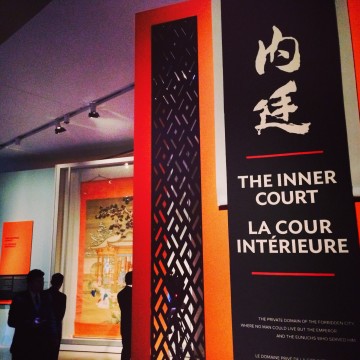 The Royal Ontario Museum partnered with Beijing’s Palace Museum to create an exhibition that uncovers untold stories about the life in the courts of the Chinese Emperors. Dr. Chen Shen is the exhibition’s lead curator and the ROM’s Vice President, World Cultures and Senior Curator, Bishop White Chair of East Asian Archaeology. “This exhibition allows Canadians to see, for the first time, the finest objects hidden from view in the Forbidden City.” said Dr. Shen. “These objects – both luxurious and everyday – provide the unique opportunity to advance our understanding of the people who lived within the walls of the Forbidden City.”

The exhibition takes visitors through areas of the Forbidden City from the Outer Court that includes the ceremonial bells, suits of armour, and large scale paintings depicting the Emperor’s governing and military battles. Then journey through the palace’s great halls, grand courtyards, and the private spaces of the inner court, the residential space of the imperial family and their servants lived, then enter the most private of areas: the  Emperor’s personal study. The final exhibit, Twilight of the Last Dynasty, shows the transformation to the Palace Museum where visitors learn about the fall of the empire during the last dynasty.

Items on display help weave an understanding of the culture and history behind the walls and inside the inner courts of the Forbidden City. Each artifact has a story of its own and several interactive digital stations help give insight and perspective on what life was like behind the gates.

I’ve been twice now and it’s worth seeing several times. Since it’s March Break, I’ve taken the family down to see the exhibition. My teenage son took his time and went through the exhibit at his leisure with Po Po (grandma) as she chatted away about the impressive collection of Imperial Jade statues on display and the intricate designs of the silk clothing. While my younger son went on the search for auspicious symbols with his 7 year old cousin. Even my little toddler nephew sat quietly and watched the mini-videos that told stories of the Forbidden City. 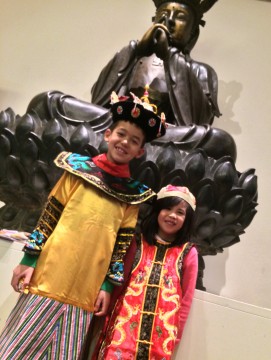 March Break is an ideal time to take the kids as several hands-on activities are offered (free with general admission) — dress up like little Emperors and Empresses, build and contribute to the Lego Forbidden City, solve chinese puzzles, and  have a friendly cricket challenge. I bumped into a mom from the ‘hood today with her two boys who equally enjoyed the exhibit and everyone agreed that eunuchs and concubines definitely made for interesting conversation. History folks, history.

This exhibition will then travel to the Vancouver Art Gallery in October before returning back to the Palace Museum. 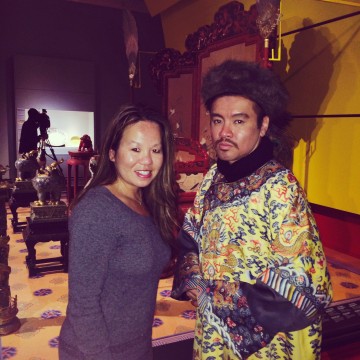 Just hanging out with a Chinese Emperor at the Royal Ontario Museum’s Forbidden City Exhibition.