You are here: Home / Entertainment / Summer in the City: The Scotiabank BuskerFest!

One of the most fun events in the city is the upcoming Scotiabank Buskerfest. From August 22 to 25 (2013) downtown Yonge Street in Toronto will be transformed into one massive stage full of entertainers! It’s quite a sight and a great event to take the family to. From Queen Street to Gerrard Street, this event welcomes some of the most amazing talents from around the world. It’s quite spectacular! 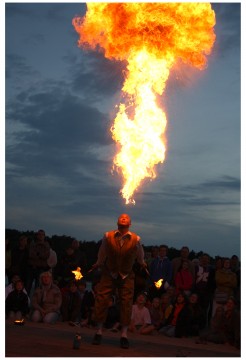 There are over 100 entertainers performing over the four day event. You’ll discover some hidden talents and hopefully experience something different! From musicians to magicians, acrobats to breakdancers, and firestarters to giant seagulls you will be definitely be entertained!

Since its inception in 2000, the Scotiabank BuskerFest has featured hundreds of the best street performers from around the world to raise awareness of Epilepsy. Admission to this event is a voluntary donation to the cause.

In addition, this year, families can enjoy the Scotiabank BuskerPlay Kids Zone! Located in Trinity Square Park (behind the Eaton Centre – accessible from Bay, Dundas and Albert Streets or through the mall), has wonderful free activities for kids: balloon twisting, face painting, a Fancy Pants Dress Up area, hula hooping, workshops in the Scotiabank Tent and more. Among the fantastic acts are Kohel Mintz, a 13-year-old yoyo whiz, who wows the kids with his amazing command of the toy; the Puppet Tamer, a “stunt ventriloquist” whose action comedy puppet show includes juggling, unicycling and on-the-spot improvising; and USA Break Dancers, a high energy, action packed, interactive, family-oriented break dance show, inciting roars of laughter and cheers. 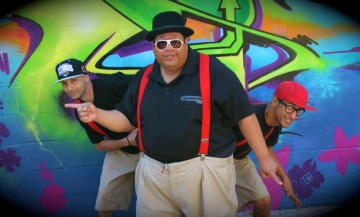 Aside from being the largest North American street performer festival there’s also the kick off gala fundraising event called the Scotiabank BuskerBall in support of EPILEPSY Toronto. This year’s event is on August 20th at the Mattamy Athletic Centre (Formerly Maple Leaf Gardens). Darcy Tucker will be hosting the event!

For more information on the Scotiabank BuskerFest and BuskerBall visit www.torontobuskerfest.com

This post is not sponsored nor was I compensated.